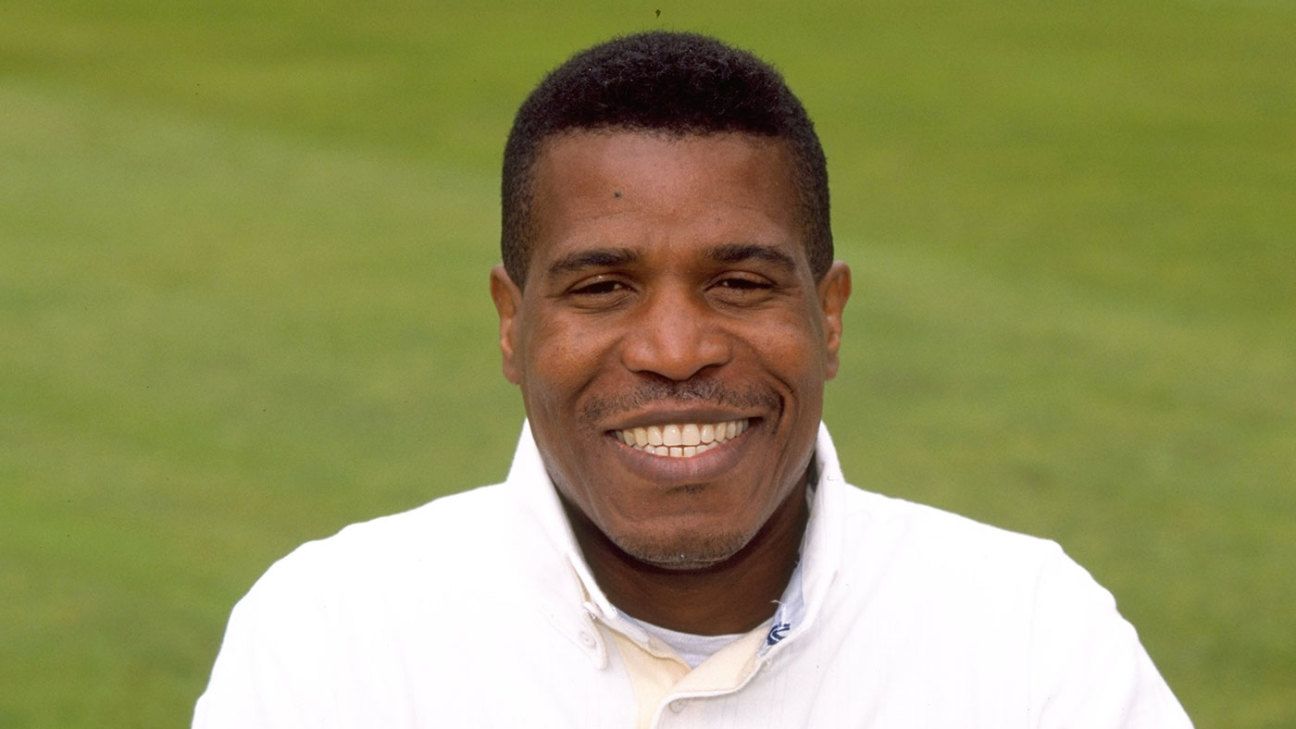 Joey Benjamin, the former Warwickshire, Surrey and England seam bowler, has died at the age of 60 after suffering a heart attack.

Benjamin, whose solitary Test appearance at The Oval in 1994 would prove to be one of England’s most memorable victories of the decade, claimed 387 first-class wickets in an 11-year career that began at Warwickshire in 1988.

Born in St Kitts in 1961, Benjamin moved to England with his family at the age of 15, and settled initially in the Midlands, where he played Birmingham League cricket, and earned initial recognition with occasional fixtures for Staffordshire.

It wasn’t until the age of 27 that he earned his first county contract, but with Warwickshire’s attack led by Gladstone Small, Tim Munton and Allan Donald, opportunities were limited and he played 25 first-class matches in four years before relocating to Surrey in 1992.

With a bustling action and a distinctive whirl of arms in his delivery stride, Benjamin bowled accurate, lively away-swing from a high action, and immediately thrived in his new surroundings. In 1993, his second season, he was named Surrey’s Player of the Year, with a haul of 64 wickets at 27.85 including a career-best 6 for 19 against Nottinghamshire.

The following year, his form was even better – 80 wickets all told at 20.72 – but Benjamin still seemed a long, long way from international recognition when, in the final weeks of the international season, he was handed his maiden England call-up at the age of 33.

The venue was at least familiar. With England 1-0 down against South Africa after a bruising defeat in the first Test at Lord’s, Benjamin was picked on home soil for the series finale at The Oval, where he was preferred to Angus Fraser in England’s final XI, and completed a four-man pace attack alongside Phil DeFreitas, Darren Gough and Devon Malcolm.

He impressed from the outset, claiming 4 for 42 in 17 overs as South Africa were bowled out for 332, but the second innings was all about one man. Malcolm, famously struck on the helmet by Fanie De Villiers during England’s own first innings of 302, responded with the bowling spell of his life, scattering South Africa with a career-best 9 for 57 to set up an extraordinary eight-wicket win.

And as was often the case at the time in English cricket, Benjamin’s success in the final Test of the summer was enough to secure him a winter tour berth, with Fraser omitted from England’s initial Ashes squad, and Kent’s Martin McCague also earning a recall.

It would not prove to be an auspicious winter. Both Malcolm and Benjamin succumbed to a bout of chicken pox in the lead-up to the first Test at Brisbane, and despite having featured heavily in England’s warm-up fixtures at the start of the tour, he was not considered thereafter as England turned instead to a raft of seam-bowling replacements, Fraser and Chris Lewis among them.

Benjamin did play in two matches of England’s B&H World Series one-day campaign, against Australia at Sydney and Zimbabwe at Brisbane, where he bowled Mark Dekker for his solitary ODI scalp. However, it had been clear long before the end of the tour that Benjamin was destined to remain a member of England’s one-Test wonder club.

He didn’t dwell on what might have been, however, as he returned to Surrey in 1995 and claimed 53 wickets at a very respectable 25.01. But as the end of the decade approached, his opportunities began to wane, and he would be released by the club in 1999, just as Adam Hollioake’s team was embarking on its run of three County Championship titles in four years. He finished his Surrey career with 313 first-class wickets at 29.22, and a further 146 at 31.36 in List A cricket.

His batting was very much of the hit-and-miss variety, as shown by a highest first-class score of 49 and an average of 11.38. His finest hour, however, was the one that got away – a thrilling NatWest Trophy semi-final in 1994, when his long-levered assault on Worcestershire’s then-towering target of 358 in 60 overs so nearly came good. With eight runs needed from two balls, and Benjamin on 25, he launched Stuart Lampitt towards the long-off boundary, but the lanky figure of Tom Moody was waiting on the rope to crush Surrey’s dreams.

After retirement, Benjamin remained close to Surrey, and turned his focus to coaching at club and school level in his home town of Reigate.

Martin Bicknell, Benjamin’s long-term Surrey team-mate, led the tributes to his fellow seamer on Twitter. “Just heard some shocking news about the loss of Joey Benjamin,” he wrote. “Joey was one of a kind, incredibly popular in the Surrey dressing room back in the day, so sad. RIP Benjy.”

“It is with a heavy heart and great sadness that we must report the passing away of Joey Benjamin, long-time and much admired cricket coach at Reigate Priory Cricket Club and previously long-serving coach at Reigate Grammar School,” wrote the club chairman, John Bramhall, in an email to members.

“Joey was a good friend to many of us at the club and at the school, and was much loved by those who he taught over the years. We all have good memories of Joey, who was a very special person.”

Andrew Miller is UK editor of ESPNcricinfo. He tweets at @miller_cricket