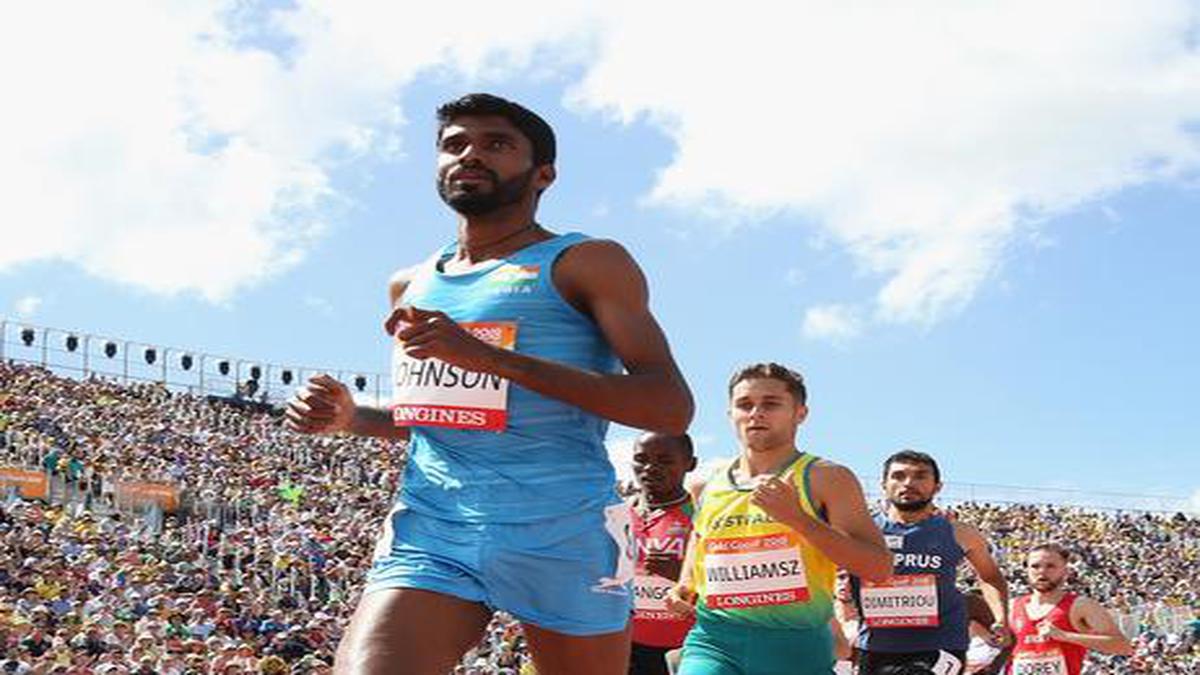 Early last year, Jinson Johnson was eagerly looking forward to returning to competition after recovering from a ruptured Achilles tendon. But the global pandemic and the long lockdown messed up his plans.

Now, the Athletics Federation of India has lined up a series of events, including the three Indian Grand Prix meets and the Federation Cup, in February and March, but Johnson is not ready to rush things.

“I would like to take part in some good competitions abroad and also the Inter-State meet in June,” said Johnson from his training base in Bengaluru.

“My training is going on well. The (Tokyo) Olympics qualification standard in the 1500m is 3:35.00s, which is better than the national record (his own 3:35.24s which came in Berlin, September 2019) so you need to get quality competition to achieve that. My fitness should also be good then and I should do well to get that time,” said the 30-year-old, the Asian Games champion in the metric mile.

“Even if I’m the No. 1 in the country, when you look at the record, only when I get into full fitness I can say for sure whether I’m the country’s best runner. If I go to the Grand Prix or the Federation Cup without having full fitness, I may not even get a position. Athletics is such a tough event.”

The ace middle-distance runner, who married M. S. Lakshmi in September, feels that the world rankings could also offer him a Tokyo ticket.

“There are 45 spots (in the 1,500m), so there is a chance of getting in through the world rankings. We cannot say for sure, but there is some hope there.”


Anju Bobby George: The revelation and after…

Johnson has had four coaches in less than two years time. He appeared to be doing well under J. S. Bhatia, who helped him break the national records in the 800m and 1,500m, but Johnson was sent to Colorado, US, to train under coach Scott Simmons. He was there for about three months but suffered an achilles injury and had to return to India for rehab and recovery.

“After that, I was training with the workouts given by Volker (Herman, then the Athletics Federation of India’s High Performance Director) and I was doing well too. But after Volker left, I started training under Amrish Kumar, Avinash Sable’s coach. This is the third month with Amrish.”

Was it difficult having so many coaches? Was there confusion? Who was he comfortable with?

Johnson sidestepped the questions and said, “you can only assess how good and effective they are after competing in tournaments. Though the training has gone well, you cannot assess yourself properly in training.” “I think it (the Olympics) will happen. The last time, we went about a month and half before the Olympics to adapt to the new conditions. This time, we may go to Tokyo a few days before the Games. And we may return soon after our event,” feel Johnson.   –  Getty Images

Johnson did not expect the coronavirus gloom to extend for so long.

“When the virus started, I was very scared. Now, I’ve adapted to the situation but the fear still lingers. But I never thought the pandemic would be around for so long. First they said that they would get confirmation about the Olympics in December 2020 but even now things are not clear. It has affected sport in a big way.

“But I think it (the Olympics) will happen. We may also get the vaccine by then. Only thing, the preparations may be very different this time. The last time, we went about a month and half before the Olympics to adapt to the new conditions. This time, we may go to Tokyo a few days before the Games. And we may return soon after our event.”

Johnson feels that the average timings could be slow in Tokyo given the circumstances.

“Athletics is an individual sport. If athletes had trained in some pockets somewhere in the world during the pandemic lockdown, that will bring them good timings, sometimes there may even be a world record. But if you look at the total scene, a sort of average performance, then the timings will be down.”

He is not surprised that a lot of Kenyans have failed dope tests.

“The reason could be that there is so much competition in Kenya for the three national teams in each event and so many quality runners, so they may be trying for short cuts,” he said.

Johnson revealed that he had been tested twice in the last three months, once in December and then in January.

This year is a very crucial one but Johnson does not want to spell out his targets.

“Basically, I’m satisfied with my training and if everything goes well, I will produce a good time. I cannot say anything about timings…. from 3:45 to 3:40 (in the 1,500m), it is easier to predict but from this time, it is not easy.

“I don’t know whether I’ll break the national record but I will do my best.”