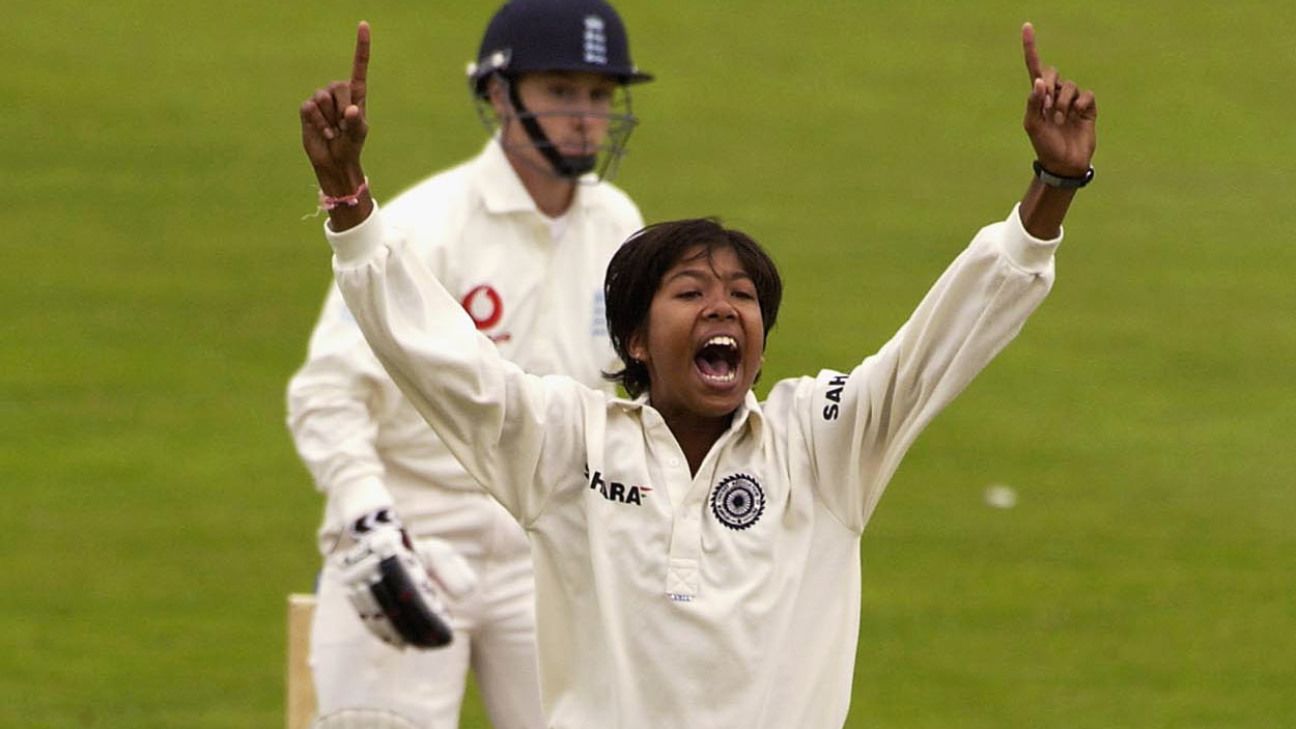 Jhulan Goswami has welcomed the announcement of a Test match for India Women, likely during their tour of England in June-July, and thanked the BCCI for realising “that this format is also important for us”. The fixture will be India’s first in the format since November 2014, a period in which England and Australia have been the only teams to have played Test cricket in the women’s circuit.

“Everyone is very excited. We played a Test match last, against South Africa in Mysore in 2014, and after six [seven] years we are going to play a Test against England,” Goswami said at a press conference on Tuesday after picking up 4 for 42 to lead India to a win in the second ODI against South Africa Women in Lucknow. “We are all excited because Test cricket or days’ match is one thing you, as a cricketer, wanted to play, wanted to go out there and perform well. It involves a lot of challenge – from your mental strength to your physical strength. The game changes every session.”

The only active Indian player apart from Mithali Raj to have played ten or more Tests, Goswami was part of the team that defeated England by six wickets in the last contest between the two sides in the longest format, in August 2014.
“We are all looking forward [to it],” Goswami said. “Thanks to the BCCI they understood that this format is also important for us. I would like to thank them for taking it up, bringing Test cricket [back] for India.”

Thirty-eight-year-old Goswami, one of the greats of the game, has 40 wickets from ten Test appearances to date, with three five-wicket innings hauls – including a best of 5 for 25 – and one ten-wicket match haul. She also has 283 runs in the format, scored at an average of 25.72.

Sune Luus, South Africa’s captain in India in the injury-enforced absence of Dane van Niekerk, expressed her hope that the development would encourage other boards and the ICC to revive the format.

“We would love to play Tests. Unfortunately, I wasn’t part of the Test series we played here [in 2014], but I know the team would love to have an opportunity to play more Tests,” Luus, whose career of over 150 international games has yet to feature a Test, said. “It’s obviously a real challenge, the kind of skills are being looked at.

“The BCCI announcing that India will be playing a Test that will probably lead to more. If they will win it, it is successful. I think it’s a very good start. I hope the world sees it and the world pushes the ICC and those involved for the women’s game to have more Tests.”