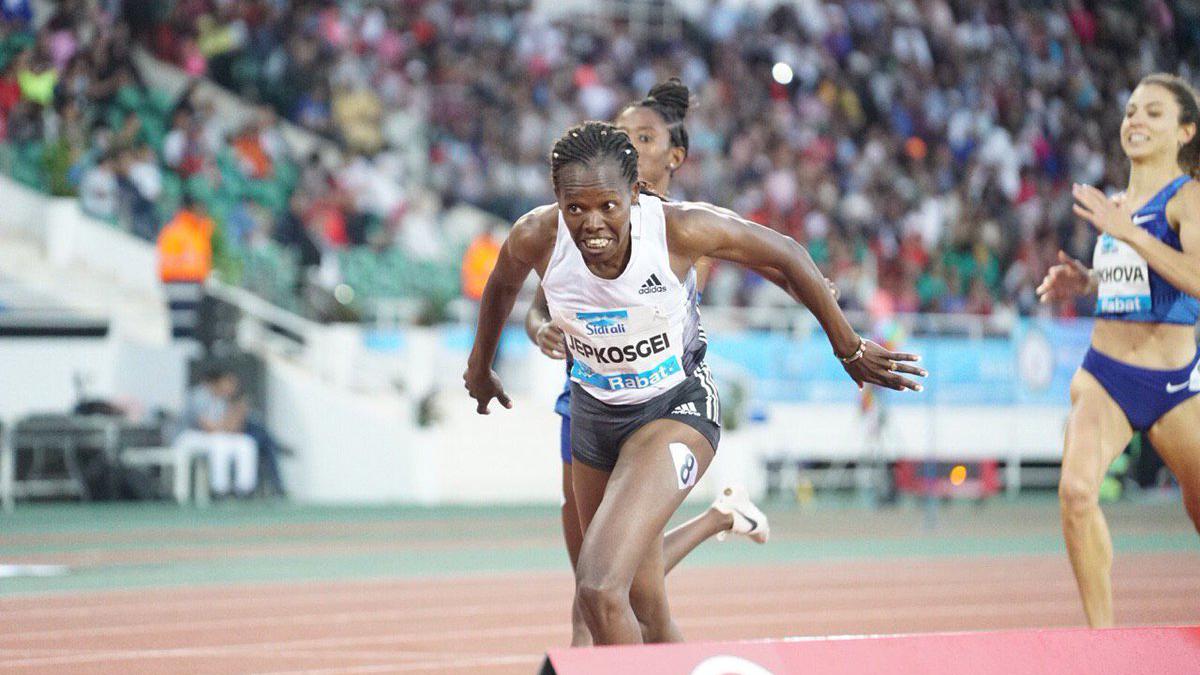 Kenyan middle distance runner Nelly Jepkosgei has been banned for three years after accepting a charge of tampering with evidence, a violation of World Athletics’ anti-doping rules, the Athletics Integrity Unit (AIU) said on Tuesday.

Jepkosgei, who is ranked 27th in the world in the women’s 800m, missed a doping test on March 18 and offered fake evidence in the form of a forged document to explain the whereabouts failure, the AIU said in a statement.

The 29-year-old had informed the AIU that she missed the test because she had been at Kapsabet County Referral Hospital, where her sister had been admitted after being involved in a serious car accident.


In June, Jepkosgei’s representative sent the AIU a copy of a discharge summary document from the hospital purporting to relate her sister, which stated she been admitted on March 18 and “remained there for some days”.

The AIU then asked Kenya’s anti-doping agency (ADAK) to verify Jepkosgei’s claim, but ADAK reported there were no police records of the car accident and that the hospital had no record of her sister being admitted.

The Medical Superintendent of Kapsabet County Referral Hospital also told ADAK that the doctor’s name and signature on the discharge summary did not belong to any of the hospital’s staff and that the document was a forgery.

Jepkosgei, who was due to begin representing Bahrain from August this year, told the AIU in December that she had obtained the discharge summary herself, following which she was charged with an anti-doping rule violation (ADRV).


She admitted the charge in February, with the admission of guilt resulting in her sentence being reduced from a mandatory four years to three years in accordance with World Athletics’ anti-doping rules, the AIU said.

Jepkosgei is the latest in a long line of Kenyan runners to run foul of anti-doping rules in the past few years.

Last year, former marathon world record holder Wilson Kipsang of Kenya was banned for four years ban for ADRVs, including using a fake photo of a traffic accident to justify a missed whereabouts appointments, in a case that has similar echoes.

Australian Open 2021: Bopanna and Raina on playing in a bio-bubble