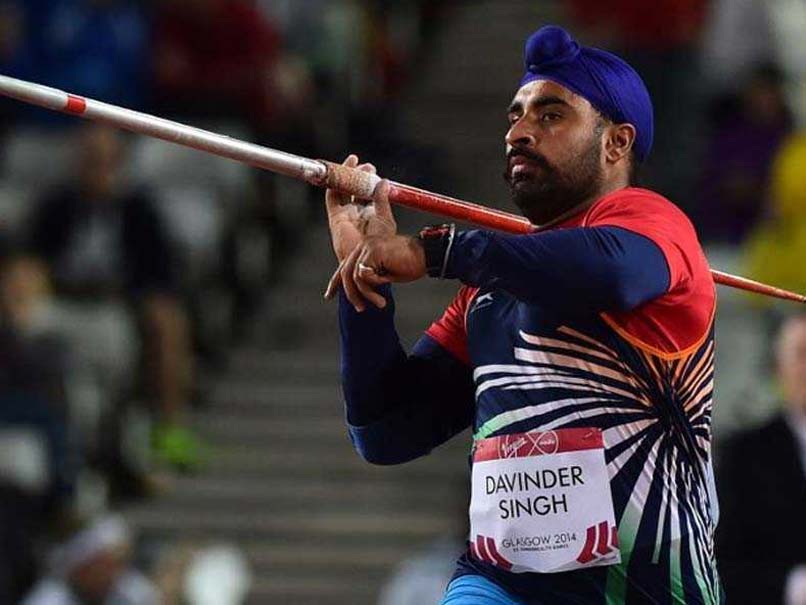 
Caught in the dope net, Asian bronze-winning javelin thrower Davinder Singh Kang on Sunday said the failed result is because of a declared medication he took for sore throat and he is confident of being cleared in the disciplinary hearing. Kang’s sample, which was collected in August last year, returned positive for beta dexamethasone that is banned in-competition under the World Anti-Doping Code. A known component of medication for throat and lung ailments and allergies, it can be used out of competition with a doctor’s recommendation.

“I had severe sore throat and before Indian GP 5 last year, I consulted a private physician in Patiala after taking permission from team management. The doctor gave me two medicines — Moxitas 500 and beta dexamethasone. The dope test result is because of this medicine,” Kang explained while talking to PTI from his home in Jalandhar.

“I also declared these two medicines in the dope sample collection form when NADA people took the samples. I have not gained any advantage in my performance from these medicines. So, there is no fault on my part. I will explain this to the NADA and I hope I should be cleared of this doping charge,” the 31-year-old said.

Kang’s urine sample was collected in-competition during the Indian Grand Prix 5 held in Patiala on August 16 last year. He had finished second in the event with a best throw of 76.28m.

“One athlete tested during Grand Prix at Patiala has been found dope positive with glucocorticosteroids as per late reports received from Doha lab,” National Anti-Doping Agency Director General Navin Agarwal said in a tweet.

The dope samples of Indian athletes are currently being tested in the Doha laboratory after the suspension of the National Dope Testing Laboratory by the WADA last year.

If Kang fails to convince the NADA Disciplinary Panel that he was not at fault, he can face a maximum ban of eight years as it will be considered his second dope offence.

In 2018, he was let off with a reprimand after traces of marijuana — a specified substance — was found in his urine.

When contacted by PTI on Kang’s dope flunk, NADA DG Agarwal said: “I will not like to comment on an individual case. But as per procedure when it is a second offence, the sanction is for eight years. But I am not aware about the specifics in the case of this athlete.”

Under the WADA Code, there is no provision for life ban in case of a second offence. Kang also said that he has not opted for a provisional suspension.

Dexamethasone is a synthetic form of glucocorticoid or glucocorticosteroid which is a specified substance for which provisional suspension is optional and not mandatory.

The drug is widely used to treat asthma and lung ailments, skin diseases and allergies, and it can be used by athletes out of competition. It is a steroid hormone, which is like a stimulant but different from steroids.

“If dexamethasone is detected in the off season or prior to competition, its use will not be an offence. So, athlete is given a choice of optional provisional suspension,” Parth Goswami, a well-known lawyer on doping cases, told PTI.

“Former World Number 1 badminton legend Lee Chong Wei of Malaysia was handed an eight-month ban for the use of this drug. So it will depend on the degree of fault or negligence of the athlete,” he added.

Ramos was let off by Europe’s football governing body UEFA, considering the incident to be an “administrative mistake” as the Real Madrid team doctor did not disclose a pre-match injection, which he should have done to avoid doping offence.

Kang, who had reached the finals in the 2017 World Championships, is currently not training as the government has only allowed outdoor training for elite athletes who have already qualified for Tokyo Olympics or are likely to achieve the mark.

He said he faced the sore throat problem during the training stint in Poland last year and he had seen a physician in Germany on the advice of the Indian team management.

“I reported this allergic kind of ailment to my javelin coach (Uwe Hohn) and recovery expert and they arranged for a consultation with a private physician in Germany who gave me some medicines. The ailment affected the whole body and the medicines gave some relief only.

“The pain remained but reduced and I then consulted a private physician in Patiala after returning to India in August. Now I will consult my lawyer and present my case. There should not be any problem,” he said.

In 2017, Kang was handed provisional suspension after his urine samples returned positive for anabolic steroids.

But later, he was cleared of doping charges by both the international body Athletics Integrity Unit and WADA after the National Dope Testing Laboratory here withdrew the adverse analytical findings.