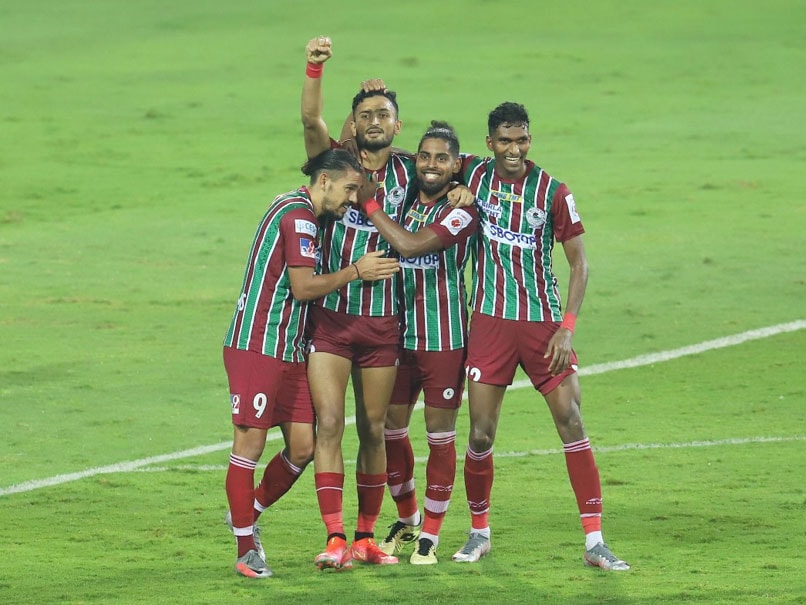 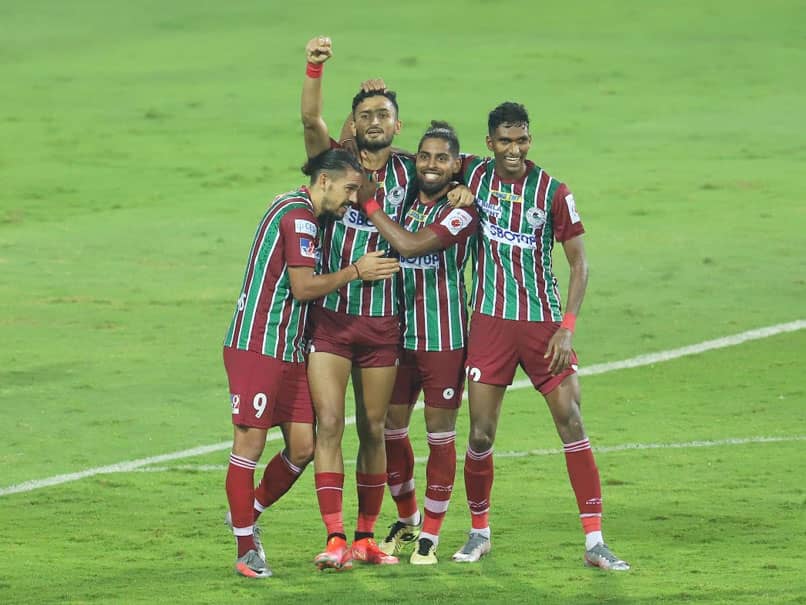 ATK Mohun Bagan registered a 2-1 victory over NorthEast United in the 2nd leg of the semis.© ISL


ATK Mohun Bagan, in its first year as a joint entity, reached the Indian Super League final with a 2-1 victory over NorthEast United in the second leg of the semi-finals in Margao, Goa on Tuesday. With this win, the Mariners have set up a blockbuster title clash against League Shield Winners Mumbai City FC. The green and maroon brigade won the two-leg play-offs by 3-2 aggregate. The result also means that Bagan have made it to the 2022 AFC Cup Qualifying Stage after finishing second in the league and qualifying for the final. Their opponents in the final, Mumbai City FC, have sealed the Asian Champions League spot.

David Williams (38′) continued his fine form in the play-offs by scoring yet again while Manvir Singh (68′) added the second before VP Suhair (74′) pulled a goal back for the Highlanders.

Bagan adopted a completely different approach from the first leg. They had 16 shots in the first half but just three on target. It took them just three minutes to sound a warning.

However, the Kolkata side deservingly took the lead in the 38th minute and when Roy Krishna set up Williams upfront, who was quick enough to beat the Highlanders’ defenders with pace. After entering the box, the Australian slotted home. That ensured that Bagan went into the breather with their noses in front.

NorthEast came back strongly in the second session and dominated the first 15 minutes. They created chances and tested the keeper, but just couldn’t get the equaliser they were looking at. Federico Gallego and Suhair were denied by Arindam.

But Bagan were soon back in control and found a second goal from a quick counter. An NEUFC set-piece was cleared by Bagan and Krishna was quick to initiate an attack from outside his own box. The Fijian played a long ball to Manvir, who got away from the opposition defenders and shot past the keeper.

NEUFC pulled a goal back just before the cooling break. The goal came from a set-piece. Machado whipped in a corner which was flicked on by Benjamin Lambot. Arindam missed the ball completely before it hit the post and Suhair was at the right place to head it into the goal.