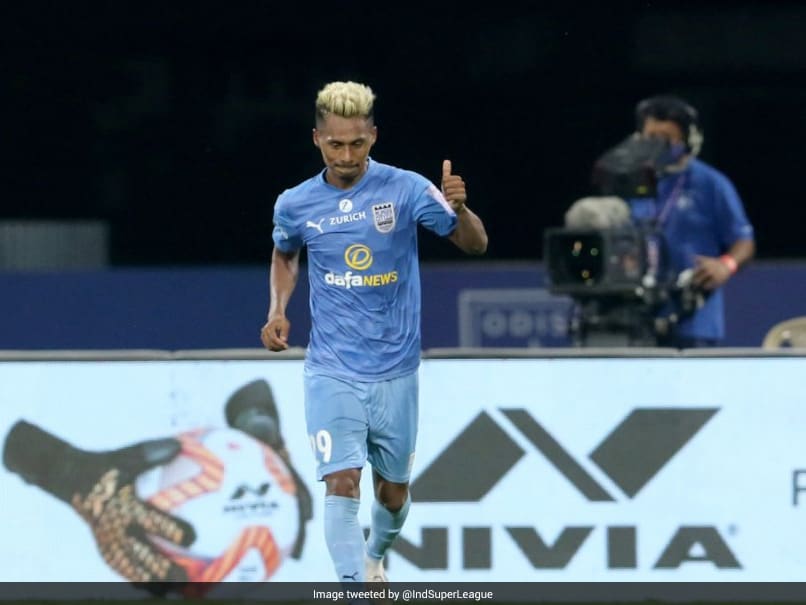 
The equation for the Indian Super League (ISL) League Winners Shield is clear. A win for Mumbai City FC in their final game against ATK Mohun Bagan, and they take home the title and with it, a spot in next season’s AFC Champions League group stage. Anything else and it will be Bagan celebrating. After the Kolkata-based side failed to grasp their chance to win the League Shield against Hyderabad FC, Mumbai completed the other side of the equation at the GMC Stadium on Wednesday, with a dominant 6-1 victory over Odisha FC.

After Odisha had taken a shock early lead through Diego Mauricio (9′), Mumbai hit back hard through goals from Bartholomew Ogbeche (14′, 43′), Bipin Singh (38′, 47′, 86), and Cy Goddard (44′). The match was the highest-scoring game of the season and Mumbai have the biggest-winning margin yet. The timely return to form ended a three-game winless run for Sergio Lobera’s side.

Yet, when the match started, it appeared as if Mumbai would continue their wretched form. Early on, Odisha were awarded a penalty when Ahmed Jahouh fouled Mauricio in the box. The latter stepped up and ensured that Odisha had an unlikely lead, despite Amrinder getting a hand to the ball.

But Mumbai were not behind for long. Just five minutes later, Jahouh made amends for his mistake by finding Ogbeche off a freekick. The Nigerian made no mistake, heading it in and restoring parity.

Odisha put up quite a fight over the next twenty minutes as Mumbai struggled to convert their dominance into clear-cut chances. But once the goal came, the floodgates opened. Mumbai’s second had an element of luck to it. After Ogbeche”s shot was blocked, the ball fell kindly for Bipin, who made no mistake from his shot.

Then, just five minutes later, Mumbai struck again, putting the result of the match beyond doubt. Jahouh and Ogbeche once again combined with the latter finding the striker off yet another freekick. Once again, the big Nigerian made no mistake, heading it in.

If Odisha interim coach Steven Dias had a tough half-time talk on his hands, it was about to get a lot worse. With just seconds to go before the half-time whistle, Goddard found the net with a peach of a goal. After receiving the ball on the right, the youngster cut inside and fired in a shot that gave Odisha keeper Arshdeep Singh no chance.

Just in case, Odisha had any hopes of a comeback, Mumbai were quick to snuff them out. Just two minutes after the restart, Bipin found the net again, Ogbeche turning provider this time. The goal prompted Lobera to give his main stars a break, with the likes of Adam Le Fondre and Mourtada Fall being subbed off.

Ogbeche too joined them on the bench later. That took the edge off the game, but there was still time for Bipin to find his hat-trick — the first of the season — with just minutes left for the final whistle.