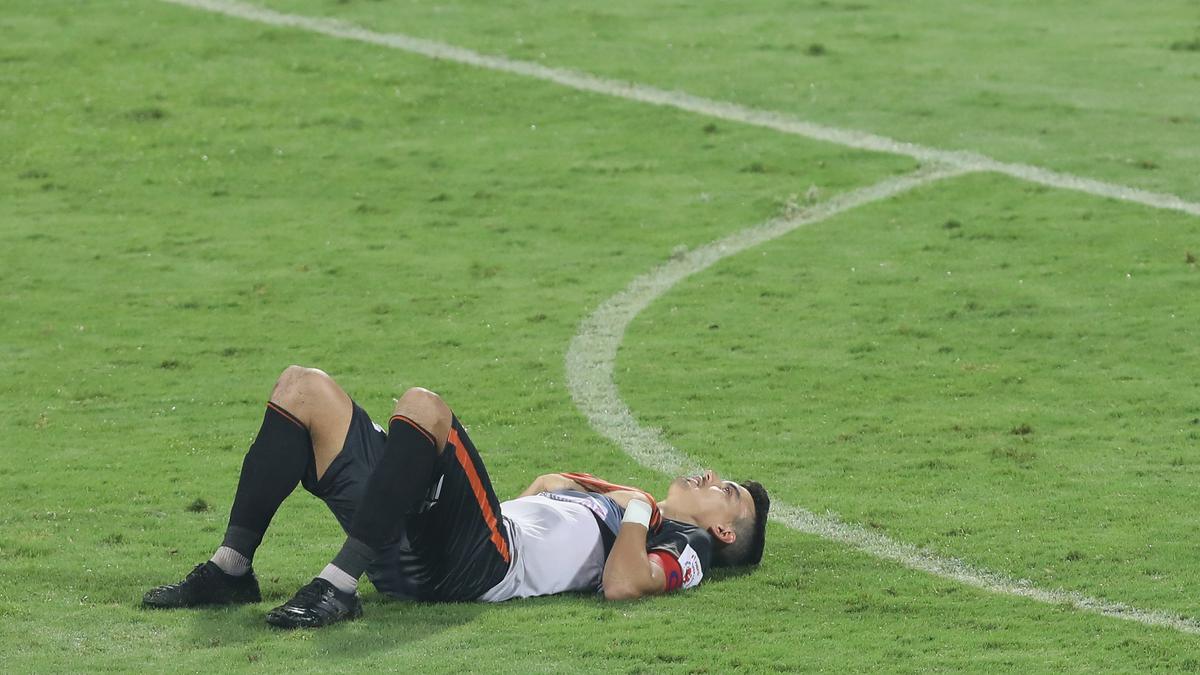 ISL 2021: Difficult to like, impossible to break: Edu Bedia’s marathon for FC Goa with fractured ribs

After 135 minutes of the Indian Super League semifinal second leg, FC Goa skipper Edu Bedia lay sprawled on his back, motionless, as the celebrations sparked in the Mumbai City FC camp. This game meant a lot to him as he bid to pull his team through against his former team-mates and coach.

Bedia had given it his all for 210 minutes over two legs, despite two fractured ribs. In the end, Mumbai ruled the penalty shootout (6-5).

It was Sergio Lobera who brought Bedia to these shores in 2017 as a No. 10 midfielder before he lost out the role to the mercurial Hugo Boumous. Over the years, Bedia was moved into a deeper midfield role but was seen as the second choice to Ahmed Jahouh by Lobera. In the 2019-20 season, the Spaniard featured in just 529 minutes across 13 outings.

Bedia may not have the dribbling ability of Boumous or the passing range of Jahouh, but he can protect the ball like his life is dependent on it. He is the stereotypical ‘rather have him in your side than face him’ player. He feigns injury, kicks and allegedly bites, too. Commentator Paul Masefield shouts ‘disgrace’ each time Bedia rolls on the ground.

Boumous and Jahouh followed Lobera to Mumbai City FC as part of the lucrative City Football Group project. Bedia stayed and extended his stay for another two years to become the club’s longest-serving foreign player. Bedia lost out on the no. 10 role to Hugo Boumous during their time together at FC Goa. – ISL/Sportzpics

Goa fans adore him. On the pitch, he has become an extension of head coach Juan Ferrando’s philosophy of ‘treat the ball like your best friend’. Bedia has recorded the most number of passes (1,495) this season. On Sunday night in Bambolim, Goa outplayed Lobera’s Mumbai City in the 120-minute battle. Mumbai had zero shots on target; a rare occurrence.

Bedia, who came into the game with a yellow card, took a disciplined approach as the quarterback. He committed just a single foul and the dark art was kept in check.

After Jahouh committed his second foul inside 15 minutes, Bedia moved up to the match referee, gesturing three fingers up to let him know that it was in fact Jahouh’s third indiscretion. He lunged in on a couple of occasions but for his inadvertent poor timing, he managed to avoid the player and a booking.

Bedia created the best chance of the game. He won a free-kick in the final minute of added time. He swung in a free-kick. James Donachie had to just redirect the ball to either side of Amrinder Singh but miscued his header.

During the penalty shootout, Bedia stepped up as his team’s first taker. The weary legs went for placement, and not power, and it was saved by the custodian. He turned around to his team-mates covering his face.

Bedia couldn’t do more. He watched on as Rowllin Borges took Mumbai into the final. He fell on his back with his shirt pulled over his head. Broken bodies lay around after a monumental effort over two legs against the best team in the land.

The team had imbibed Bedia’s fighting spirit but fell short by the smallest margin. But the pantomime villain may have even managed to win a heart or two.