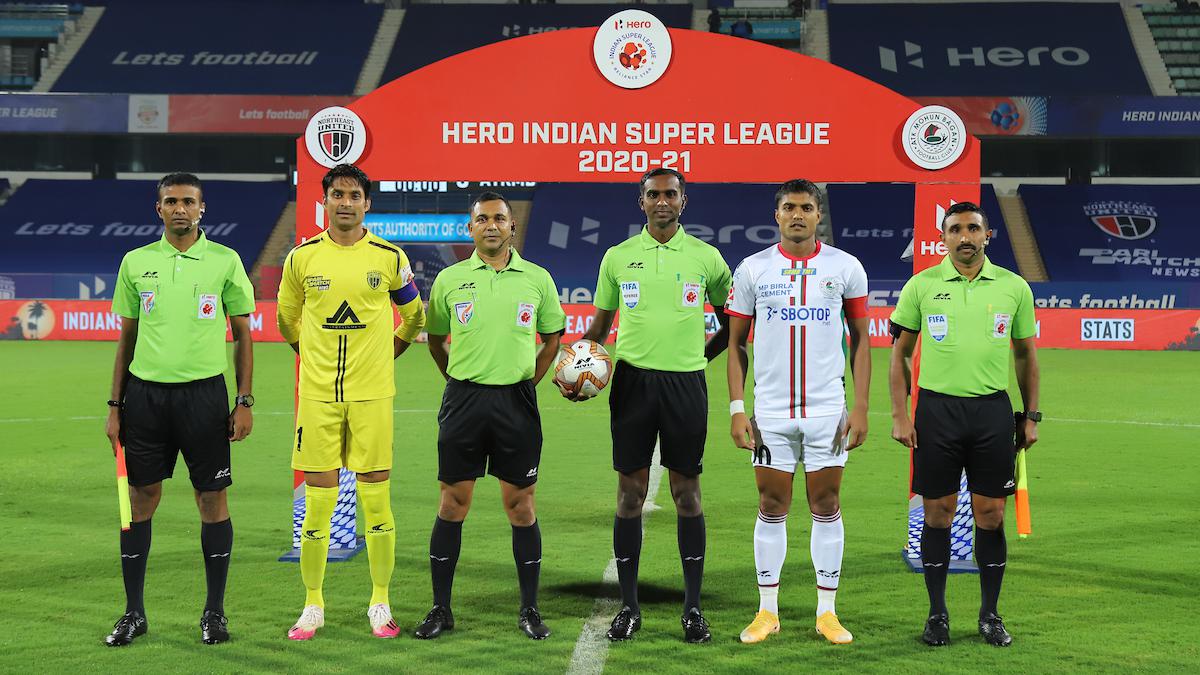 NorthEast United FC will be looking to pick up from where Idrissa Sylla had left off by scoring the equaliser in the added-time against ATK Mohun Bagan, in the first leg of the semifinal II of the Indian Super League.

The Guinean striker, who came in as a late 67th minute substitute, kept the hopes alive for NorthEast with his spectacular header that saw the match ending 1-1. The second leg of the semifinal, which comes up in Fatorda Stadium on Tuesday, is expected to relieve the action in the same intensity as NorthEast and Mohun Bagan look to secure their maiden entry to the final.

Antonio Lopez Habas, who took ATK to the title conquest in the previous season, will have to realign his forces in search of a fresh record which he needs to script for the new entity, Mohun Bagan, on this occasion. The cause of worry for Habas may be the fact that his team’s otherwise impregnable defence has been struggling recently.

The team had conceded just 11 goals in 18 matches but failed to keep that tidiness in the last three games where it has conceded five and has also remained winless in the process. Mohun Bagan will be banking on the creativity of its attacking trio – David Williams, Roy Krishna and Marcelinho – once again to contribute in a more prolific manner.

Realising the need to get his team back in the winning form Habas hoped his boys will rise up to the challenge in the decisive second-leg. “There is no pressure. It’s all about a big opportunity and this opportunity wouldn’t come again. We have to give our best and enjoy the semi-finals,” Habas said.

For NorthEast’s interim head coach Khalid Jamil everything has been quite upbeat as his team remained unbeaten in the last 10 matches. “We have to focus on getting the result as it is a do-or-die game,” Jamil said. “I have told the boys to enjoy this pressure. Both teams have to fight for a result because there is no ‘away goal’ rule this time. So, it is the same for our opponent as well,” Jamil added. The key to NorthEast’s good form in the second phase of the league has been the success of its attack where the likes of play-maker Federico Gallego, Luis Machado (their top-scorer with seven goals) and Deshorn Brown have done a great job. Jamil will be hoping that his attack starts converting chances early to realise the path to the final.