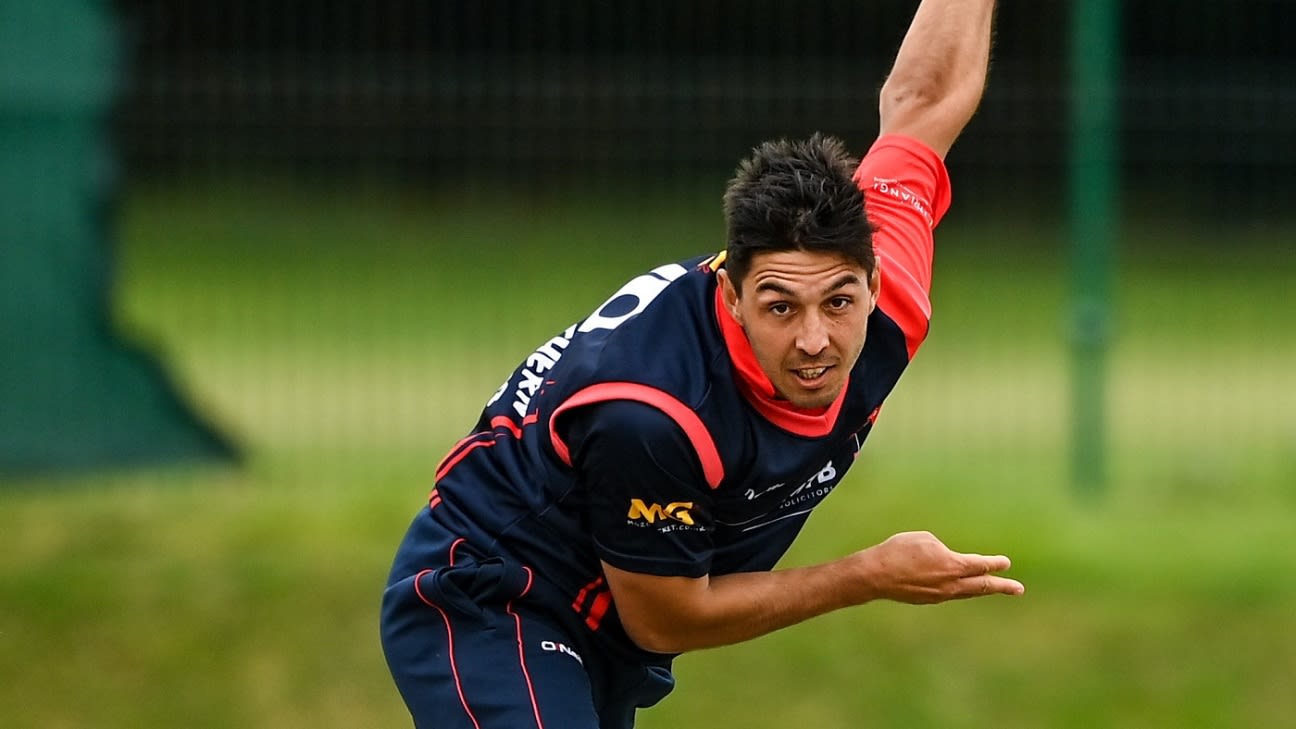 Ruhan Pretorius has revealed he was in “a bit of a weird space” after his positive Covid test result led Ireland Wolves’ first one-day game in Bangladesh to be abandoned after 30 overs, only for him to discover a day later that the result was a false positive.

Pretorius, 30, was born and raised in South Africa but has played club cricket in Ireland since 2015, and after relocating permanently, he will qualify for international selection through residency in 2022.

He was not picked for the first-class game against a Bangladesh Emerging Team, meaning that the first 50-over game was his first appearance for an Irish representative team. He had taken one wicket in his first four-over spell as a first-change bowler, but was told to leave the field after 30 overs, with the match abandoned soon after.

“It’s been the most bizarre few days, to be honest,” Pretorius said in an interview with Cricket Ireland. “We started the first game all testing negative for Covid – we had to be negative in order to get on the field according to the protocols. Then halfway through the first innings I was pulled off the field and the game was stopped. To then be told I was potentially Covid-positive was a shock.

“I was isolated immediately from the team and was told to wear an orange suit – kind of like a sweat suit, but this one was for isolation. I then was taken in an ambulance to the team hotel, where I was immediately sent to the isolation room and spent the evening there.

“To be fair, the team management were brilliant in managing the whole situation. I underwent two tests – an emergency test and another along with the rest of the team. Luckily both came back negative, and the medical staff advised that the original test was a false positive, so I was able to resume the tour.

“I was in a bit of a weird space after trying to get used to being in isolation, and thinking worst case that I might be there for 14 days if I was positive. To deal with it mentally was challenging – I was preparing myself for the worst. However, after getting the two negative results, I just tried to re-focus and get back in my normal routine.”

Pretorius returned to the side to top-score with 90, opening the batting, and then took 1 for 40 in his nine overs as the Wolves fell to a four-wicket loss with two balls to spare. The series continues with the third 50-over fixture on Tuesday.