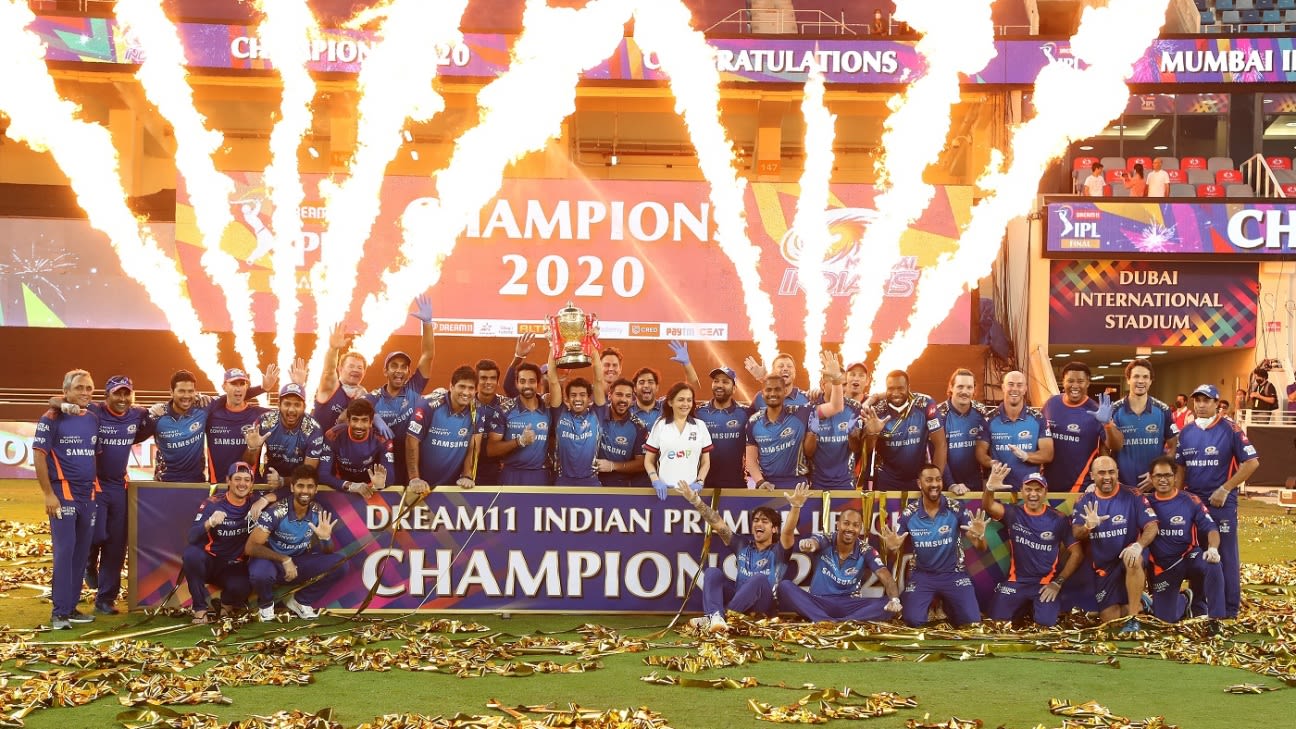 The tournament will be played behind closed doors “to begin with”, and all games will be at neutral venues during the league phase

IPL 2021 will be played in India from April 9, across six cities: Ahmedabad, Bengaluru, Chennai, Delhi, Mumbai and Kolkata.
All games will be at neutral venues, and the tournament will be played behind closed doors “to begin with”. ESPNcricinfo understands the BCCI is utilising the IPL, a multi-team event, as a dry run for the men’s T20 World Cup which is slated to be held in India in October-November this year and thus wants to ensure all precautions are in place accordingly.

Defending champions Mumbai Indians will feature in the tournament opener, against Royal Challengers Bangalore, in Chennai. The playoffs and the final – on May 30 – will be held at the Motera in Ahmedabad.

This season, the afternoon games – there are 11 double-headers lined up – will begin at 3.30pm IST, while the evening games start at 7.30pm, both 30 minutes earlier than usual start time for IPL games played in India.

Each franchise will play at four out of the six venues during the league phase, which includes a total of 56 games. Chennai, Mumbai, Bengaluru and Kolkata will host 10 games each, while Delhi and Ahmedabad will host eight games each.

A statement signed by BCCI secretary Jay Shah said: “The fixtures of the tournament have been mapped in a way that every team will travel only three times during the league stage, thus reducing commute and minimising risk.” It also said “a call on allowing spectators will be taken at a later stage of the tournament”.

Last year the IPL was played in the UAE between September and November, after being postponed from the usual April-May window due to the Covid-19 pandemic.