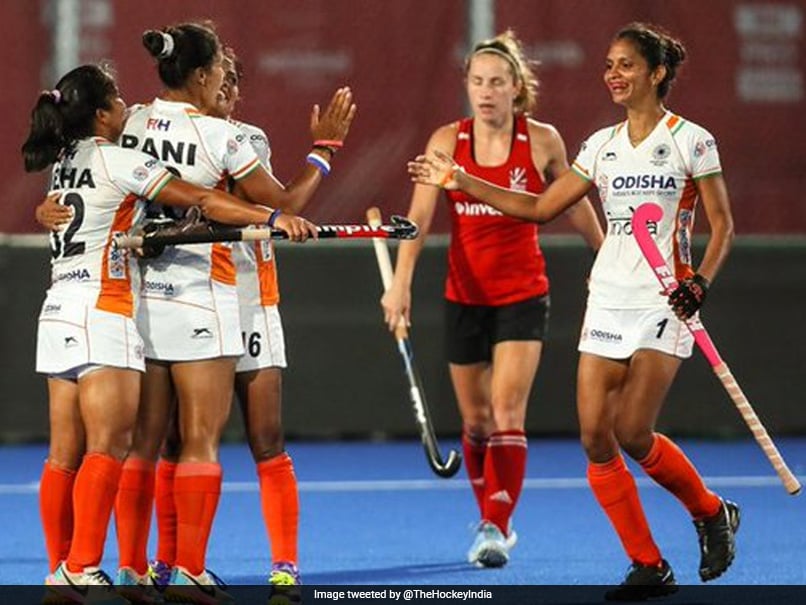 
After nearly a year since they last played an international match, the Indian women’s hockey team will travel to Argentina for their first tour of the Olympic year 2021. The team is scheduled to leave on January 3 from the national capital and will be competing in eight matches against the host nation, starting from January 17. Hockey India, in a statement, said that the total core group of 25 players and seven support staff will be travelling for the Tour of Argentina. This will be the first time the Indian hockey team preparing for the Olympic Games has received government sanction to travel for an international assignment after the coronavirus pandemic hit and halted all national and international competitions around the world abruptly.

The Indian women’s team last participated in an international tour in January 2020 when they travelled to New Zealand for a five-match series. They played both the New Zealand and Great Britain women in the 5-match series and were victorious in 3 of the 5 matches that they played.

Hockey India said over the past months, it has been meticulously planning, in coordination with a number of countries to ensure international competitions for the Indian teams as part of their preparations for the Tokyo Olympic Games, which were postponed from July 2020 to July 2021.

“I am happy that after one year we are able to play international matches. This tour will give us information for the next step to be made in our preparations for the Tokyo Olympic Games. I want to thank Hockey India for their efforts to make this possible and thank SAI for their quick response,” Chief Coach Sjoerd Marijne said in a statement.

Hockey India and the host national association have planned to create a bio bubble in Argentina for both the Argentine and India players.

“The Indian women’s team will be staying in a hotel where a provision to have separate rooms/halls for the team for all the meals, team meetings, sessions, etc have been made. The accommodation will be on twin sharing basis, where the room sharing partners will remain same throughout the tour who will also be same even in case of the seating arrangement in the team coach/bus, this has been planned carefully keeping in mind all necessary requirements,” Hockey India said.

“The team members will not be moving out of the bubble and meeting any third-party source as even while travelling to the match/training venue the team will be travelling in a dedicated transport which will only take upto 80 per cent capacity. The local resources along with the team eg. Team bus/coach, drivers, support staff will all remain the same throughout the tour to avoid any lapses in any way possible. There will be no movement for members to move out of the hotel except for training & match days,” it added.

Rani Rampal, captain of the Indian Women’s Hockey Team, expressed her gratitude towards Hockey India and Sports Authority of India (SAI) for organising the tour while keeping in mind the safety of players.

“This tour has been planned very carefully keeping in mind the safety of players and we are truly grateful to Hockey India and SAI for ensuring we resume competition despite the ongoing pandemic. We have a little over 200 days before we arrive in Tokyo for the Olympic Games in July 2021 and it was very important to play matches against a strong team like Argentina. The team is really excited for this opportunity and has been keenly looking forward to this tour, this exposure will make us understand the level we are at after nearly a five-month long national coaching camp in Bengaluru,” stated Rani.

The entire Indian contingent will undergo a Covid-19 RT-PCR Test 72 hours prior to their departure. Though there is no requirement of quarantine upon arrival in Argentina, the team will still be following all safety and health measures as advised by the respective governments of India and Argentina.