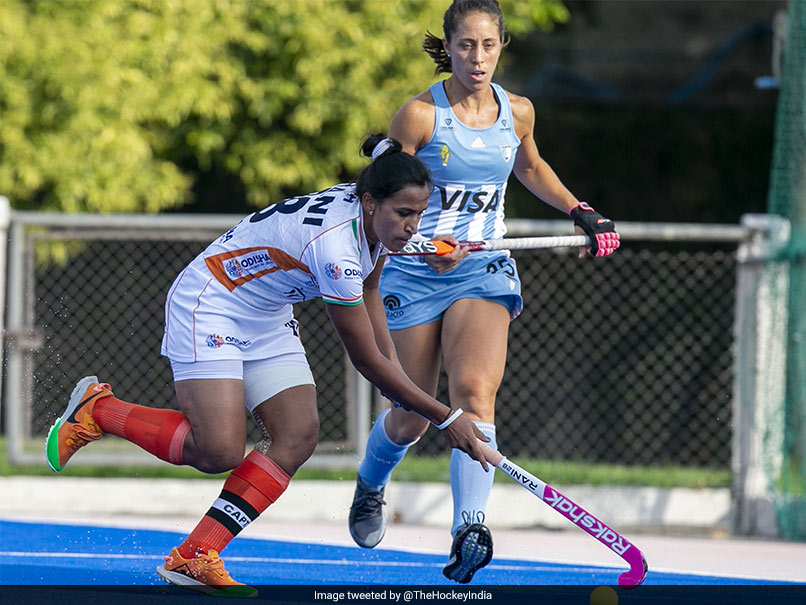 
Argentina comfortably beat Indian women 2-0 to register their second successive victory in the hockey series having won a thrilling opening game couple of days back. Indian women lost their first match by 2-3 margin against the hosts. On the day, Silvina D’elia (2nd minute) and Agustina Albertarrio (54th) were the goal scorers for Argentina, while India failed to score.

Argentina’s forward line created early pressure to push India on the defensive during the very first quarter. A foot-foul by Indian defender in the striking circle, gave away a penalty corner to the home team which was capitalised by the experienced home team.

Silvina scored the goal, in a tactically executed PC, fetching her team a 1-0 lead in the second minute of play. Though India didn’t let this early setback dent their spirit and worked a disciplined structure to find opportunities in the striking circle, they could not breach the strong Argentine defence to score.

“If you don’t convert your opportunities, you know the other team will and that’s what happened today. Our structure was much better in this match and that’s why in the first two quarters we created good opportunities in the circle,” said chief coach Sjoerd Marijne.

After the early jolt, Indian defence ensured an effective formation that kept the Argentine forward line at bay. With no goals scored in the second and third quarters by either team, the match went down to the wire with intense play being showcased in the fourth quarter of the match.

It was Argentina who showed their experience as they held sway to convert opportunities. In the 54th minute, a defensive error on India’s part saw them earn a PC.

Agustina did well to convert the goal, eventually helping her team clinch a 2-0 victory.

“Argentina was very effective in their PCs and that was, for me, the deciding factor today. We feel we are getting closer to win, but small mistakes can make a huge difference in the match especially against a top-class team like Argentina,” said Marijne.

India will again clash with the hosts on Saturday. India had conceded late goals resulting in a 2-3 loss to Argentina in an exciting opening encounter. Earlier, India had played matches against the Argentina junior women’s and their ‘B’ teams.