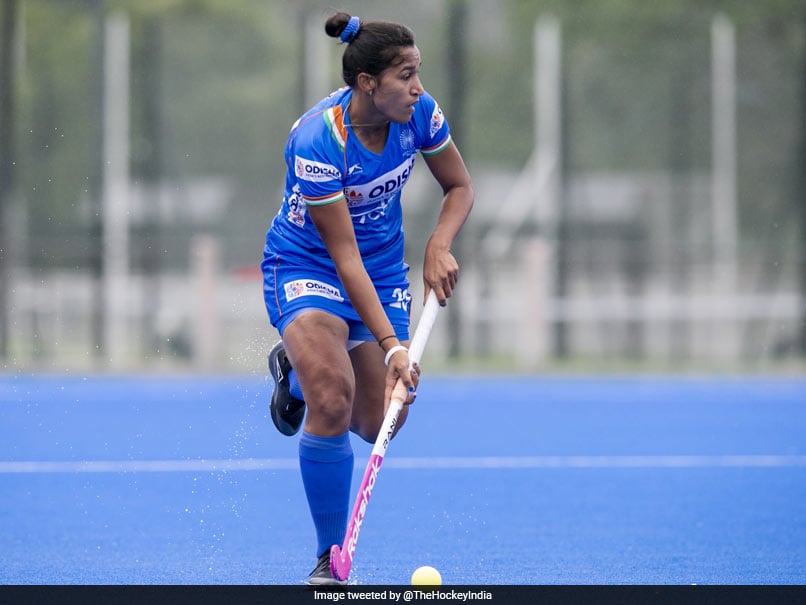 
The Indian women’s hockey team put up a spirited performance to hold world No.2 Argentina to a 1-1 draw and end its tour of the country on a high. Skipper Rani Rampal struck for India in the 35th minute while Emilia Forcherio scored for the home team through a penalty stroke on Sunday. This was India’s fourth scheduled match against the side after the third match to be played on Saturday was abandoned due to incessant rains. Earlier on the tour, India had drawn 2-2, 1-1 against the Argentina junior team and lost 1-2, 2-3 to Argentina ‘B’ team.

Against the Argentina senior side, India lost 2-3 and 0-2 in the first and second matches respectively.

The Indians played with an intent to secure the elusive win against Argentina in their last match of the tour.

But the experienced home team continued to showcase a dominant performance, getting off the blocks in the first quarter with a well-structured attack.

The early pressure on India’s defence line worked for Argentina as they earned two penalty corners within three minutes of the first quarter.

But India goalkeeper Savita was upto the mark and made brilliant saves to deny the hosts.

India found a good opportunity to score in the 11th minute when they were awarded a penalty corner, but couldn’t execute it.

Three minutes into the second quarter, Rani found yet another opportunity to score when experienced forward Vandana Katariya assisted her but a valiant Argentine defence held strong, covering every inch in the striking circle.

In the following minutes, Argentina won two penalty corners in the 23rd and 24th minutes but Savita stood like a rock in front of the goal.

Skipper Rani finally found the right opportunity to score when India made an aggressive start to the third quarter.

It was Vandana again who found Rani poised in front of the goal and fed her the ball from the right flank.

Rani made no mistake in receiving the pass and swiftly struck the ball past the Argentine goalkeeper to earn India a 1-0 lead in the 35th minute.

India had two good opportunities to extend the lead in the 39th and 50th minutes of the game, but wasted both the opportunities.

Argentina, on the other hand, pushed for goals and a body foul while defending a penalty corner in the 55th minute, saw India concede a penalty stroke.

From the resultant set piece, Forcherio was on target to draw Argentina level.

Under pressure, India conceded two more penalty corners in the 56th and 59th minutes but Argentina could not utilise the opportunities.

“After the 1-0 lead, we had to stay calm and continue to pursue our attack. We had to play more smartly but that’s something we can work on,” said India’s chief coach Sjoerd Marijne after the match.