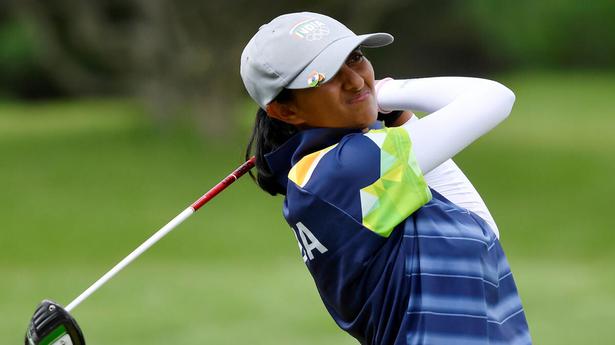 New Delhi: Olympian Aditi Ashok and Diksha Dagar will lead a strong Indian field in the 14th edition of Hero Women’s Indian Open golf tournament, which will be held after a two-year hiatus due to the COVID-19 pandemic.

Aditi is India’s first and only Women’s Indian Open winner and has since graduated to LPGA. She came tantalisingly close to winning a medal in Tokyo Olympics, finishing fourth.

Four-time Ladies European Tour winner Linn Grant will also be seen in action in the USD 400,000 tournament, to be held at Gurgaon’s DLF Golf and Country Club from October 20 to 23.

Regulars in domestic circuit, Pranab Urs, Hitachi Bakshi, Jahnavi Bakshi, Seher Atwal and Sneha Singh will also get a chance to rub shoulders with the best in the business.

This year the field has been curtailed to 114 golfers keeping in mind day light problem.

“We would like to have a much bigger field but we had to shorten the field due to limited number of day light hours in the month of October,” said Women’s Golf Association of India (WGAI) secretary general Champika Sayal during the launch of the event here on Thursday.

Showrya Samala defeated Shivtej Shirfule 6-1, 6-1 to set up a title-clash with Arnav Paparkar who got the better of Hruthik Katakam 6-0, 6-2 in the boys singles semifinals of the Asian Junior (under-14) Grade A tennis tournament at Secunderabad Club here on Thursday.

Kapur shoots 8-under to lead in Chinese Taipei; Sandhu is tied fourth

Linkou (Chinese Taipei): India’s Shiv Kapur carded a brilliant eight-under-par 64 on day one to take a two-shot lead in the USD 700,000 Yeangder TPC here on Thursday.

The event marked the return of Asian Tour to Chinese Taipei after three years because of the COVID-19 pandemic.

Ajeetesh Sandhu added to the good showing from Indian with a round of 5-under 67 to be tied fourth while Chinese Taipei’s star Chan Shih-chang and Malaysian Ben Leong came in with 66s.

Sandhu and Prom Messawat from Thailand, both former winners of this event, fired 67s, along with Thailand’s Nitithorn Thippong, a two-time champion this season, Chinese Taipei’s Lu Sun-yi, an amateur, Lee Chieh-po and Lin Keng-wei, and Miguel Carballo from Argentina.

“I putted really well, I have a local caddie out there, whose name is Su (Su Ching-Hong, a national team player), who was arranged for me by James Chan (Chan Shih-chang) and the Tour and he is reading the greens really well, so I am just trusting him,” said Kapur, who won the Yeangder Heritage here on the Asian Tour in Chinese Taipei in 2017.

“I have always struggled around the greens here after all these years, but I am holing putts and he was a big help today.” His round started on 10 but his game really got going on his second nine when he eagled the first before making birdie on the next four.

He added: “Season so far has been a bit lack lustre, struggled with injuries in the middle of the season. My game has been close, but it has been very frustrating. I have been making a lot of cuts but not been playing well at the weekend. I feel like I was close, and I was looking for a low round and I could not have asked for a better start.” The Indian star suffered a foot injury and was out of action for five weeks in the middle of the season, but luckily, did not miss too many events because it was in the summer.

“I tried to make compensations and so I lost my swing a little bit. I feel like it is coming back for the business end of season, two good weeks here will set me up rest of the year,” he said.

Sandhu won here in 2017, and despite a solid start, he felt there is still plenty to work on.

“I eagled the first but then cooled down after that. I didn’t play my best today, but I scored ok. Everything thing was average,” he said.

“Conditions were quite easy, there was no wind, and the greens have improved. It was quite scorable out there. I’ll just need to play better tomorrow.”

Gurugram: Gaurika Bishnoi’s strong finish in the second round proved crucial as she was declared the winner after the final round of 13th Leg of Hero Women’s Pro Golf Tour here was cancelled on account of rain.

Gaurika, who closed her second round with a hat-trick of birdies and carded 3-under 69, finished at 2-over 146 as the tournament was decided on the basis of 36 holes.

This was Gaurika’s first title since the seventh leg of the 2019 season.

“It was good to get a win even if it was shortened after such a long gap of more than three years,” said Gaurika, who won her last title at Clover Greens in June 2019.

Pranavi, who was still an amateur when Gaurika last won, finished second for the fourth time this season.

Gaurika’s two rounds this week were 71-69 to Pranavi’s 71-75. Tied with Pranavi for the second place was first round leader, Nayanika Sanga, who had 70-76.

This was the final WPGT event ahead of the Women’s Indian Open, a USD 400,000 event on the Ladies European Tour, which will be held at the DLF Golf and Country Club next month.

Pranavi Urs stayed on top of the Hero Order of Merit, while Hitaashee Bakshi is second, Seher Atwal is third and Gaurika Bishnoi moved up to fourth.

He will meet No.3 seed Khaled Lebib of Egypt in the final on Saturday.

In the women’s semifinals, Sunayna Kuruvilla, the fifth-seed defeated No.2 seed Salma Eltayeb (Egypt) in straight games to set up a final clash with Kenzy Aman of Egypt, the No.1 seed. Rashid Malik of Pakistan won the over-50 title in the ITF
Masters tennis tournament in Jalandhar on September 22, 2022.
| Photo Credit: Kamesh
Srinivasan

JALANDHAR: Rashid Malik of Pakistan beat Yogesh Kohli 6-2, 6-2 in the over-50 final of the ITF Masters tennis tournament at the Singha Sports Academy on Thursday.

Despite being over 60, Malik always challenges himself by competing in the younger age group. Even though he was not that familiar with clay, owing to the major presence of grass and hard courts back home, Malik was still a picture of energy and elegance as he entertained the small bunch of spectators with his classy game.

In the women’s over-35 event, Sonal Vohra, playing two age groups lower, won the title by beating Pinky Sharma and Komal Aggarwal without dropping a set.

New Delhi: Shapath Bharadwaj shot 111 following rounds of 23, 23, 22, 22 and 21, and missed qualification for the ranking round in junior men’s trap by two points in the Shotgun World Championship in Osijek, Croatia, on Wednesday.