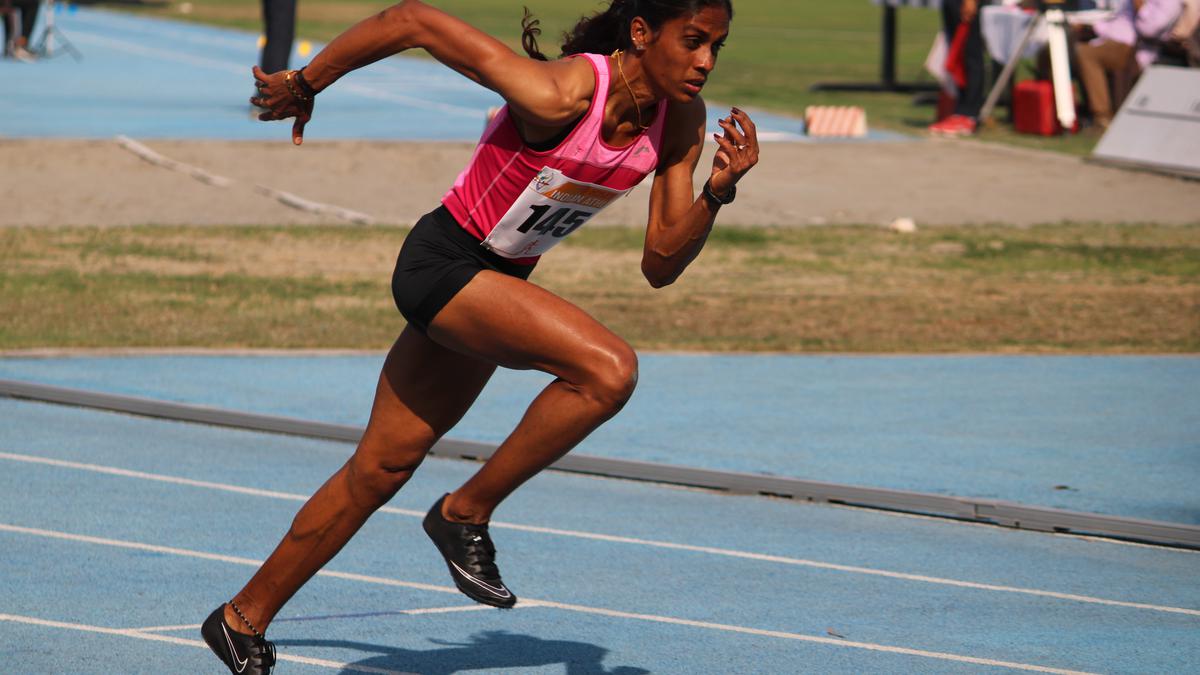 The seasoned M. R. Poovamma stayed steady and won the women’s 400m comfortably but there were some big surprises in the Indian Grand Prix-1, the national athletics season-opener for seniors, in Patiala on Thursday.

The 30-year-old Asian bronze medallist defeated fellow-national camper Kiran Pahal, 10 years her junior and a girl who surprised many when she took the silver with an impressive 52.73s in her previous meet, the 2019 National Open in Ranchi. Poovamma clocked 53.45s, a good time to start the season.

Some of the country’s biggest names skipped the meet and many of those who turned up stayed away from their prime events. Like Muhammed Anas, the national record holder in the men’s 400m, who made his 100m debut on Thursday and produced a big upset. The Asian Games silver medallist shocked national record holder Amiya Kumar Mallick while finishing second to Krishnakumar Rane in 10.70s. Anas and Mallick, however, ran in different races.

Season-openers can be very tricky, very unexpected too.

Arokia Rajiv, another leading quartermiler, who was running a shorter race, won the men’s 200m in 21.40s. The event was held as two races and Noah Nirmal Tom, who helped India to the seventh spot in the 4x400m mixed relay at the 2019 Doha Worlds and book a Tokyo Olympics berth, pulled up injured early in race ‘A’.

With the Olympics coming up later this year, the National Anti-Doping Agency turned up to test athletes in Patiala. And according to sources, the agency came with a plan to test more athletes than it normally does.

Federer excited to return to competition in Doha