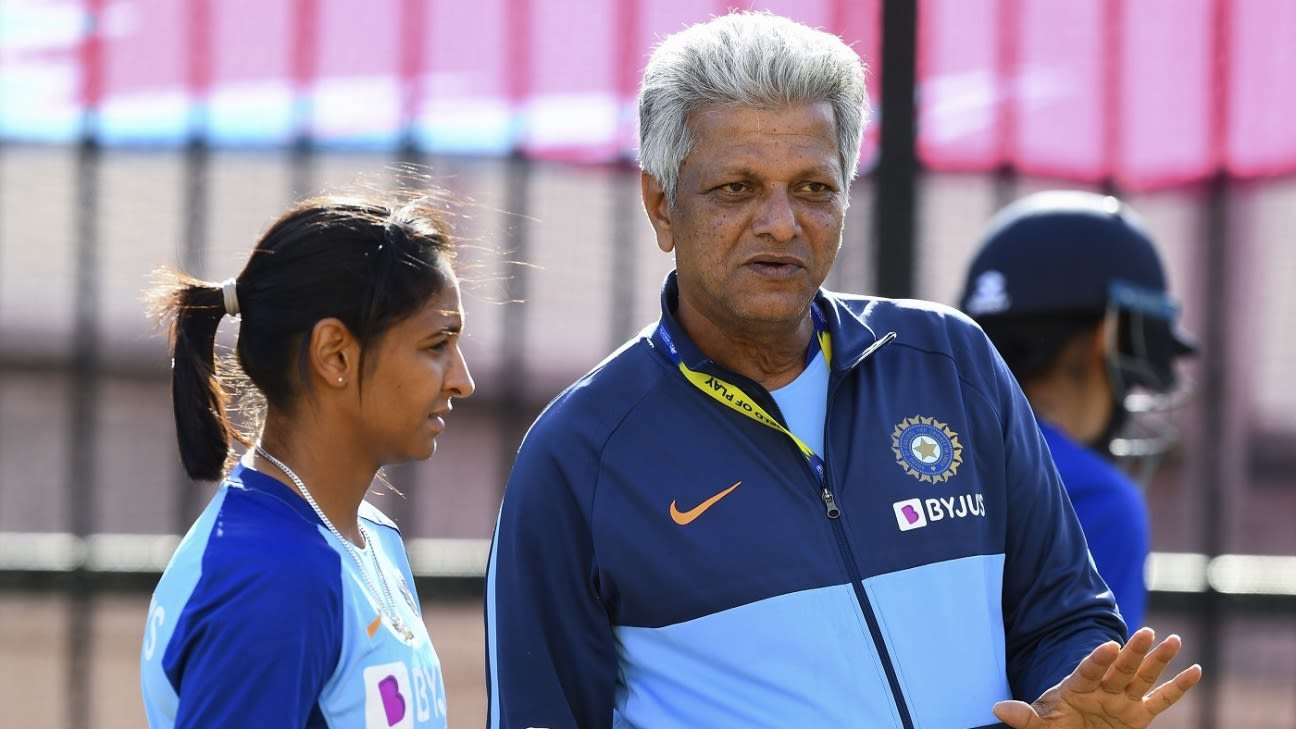 The plan is to try more players before a packed two-year calendar, India’s T20I captain explains

Harmanpreet Kaur has stressed that senior allrounder Shikha Pandey, who was left out of the squads for the upcoming South Africa series, had been rested, and “not dropped”. The rationale behind the omission, she explained, was to give opportunities to other players with a view to settling on team combinations in both limited-overs formats ahead of the 2022 and 2023 seasons, when three major tournaments are on the women’s calendar.

“I know it was a very tough call, but sometimes you need to give chance to other players. She’s not dropped; we are just giving rest to a few players and we just want to try other players,” Kaur, the India T20I captain, said at a press conference on Friday. “I know we are playing after a long time and we wanted to go with the same combination. But, at the same time, when you haven’t played too much cricket, sometimes you need to take some chances and try to give a chance to other players.”

“I hope after this tournament, we’ll be able to set our combination because the next two-three years we have a lot of cricket coming up”

Separate 17-member squads have been picked for the five ODIs and three T20Is, and ESPNcricinfo understands that both Kaur and ODI captain Mithali Raj, along with head coach WV Raman, were part of the selection meeting. Six uncapped players were picked across the two squads but Pandey and Taniya Bhatia, the wicketkeeper, were the prominent names missing from the two lists, along with those of Veda Krishnamurthy, Ekta Bisht and Anuja Patil.

With India not having played any international cricket since the T20 World Cup final in March last year and a 50-over ODI World Cup and the Commonwealth Games scheduled for 2022, followed by a T20 World Cup in 2023, Kaur said the new-look squads could aid the selectors figure the best combinations.

“I hope after this tournament (series against South Africa), we’ll be able to set our combination because the next two-three years we have a lot of cricket coming up,” she said. “And that’s the reason they [the selectors] are just giving chances to a few other players.”

When asked about the likely bearing India’s near-year-long inactive spell could have on their performance – Australia, England, New Zealand, Pakistan, South Africa and West Indies have all got opportunities to play during the pandemic – Kaur said India were hoping to capitalise on the game time against South Africa.

“Yes, you’re right. It’s been a long break for us, but sometimes things are not under your control. We are getting some cricket now, so we’ll make sure to make good use of it,” Kaur, who is set to make her 100th ODI appearance in the series opener on March 7, said. “I will be very excited [going into the series opener], first of all because we are playing after a long time and then my 100th ODI. Both things will give a lot of energy to play and I hope I’ll do better.”