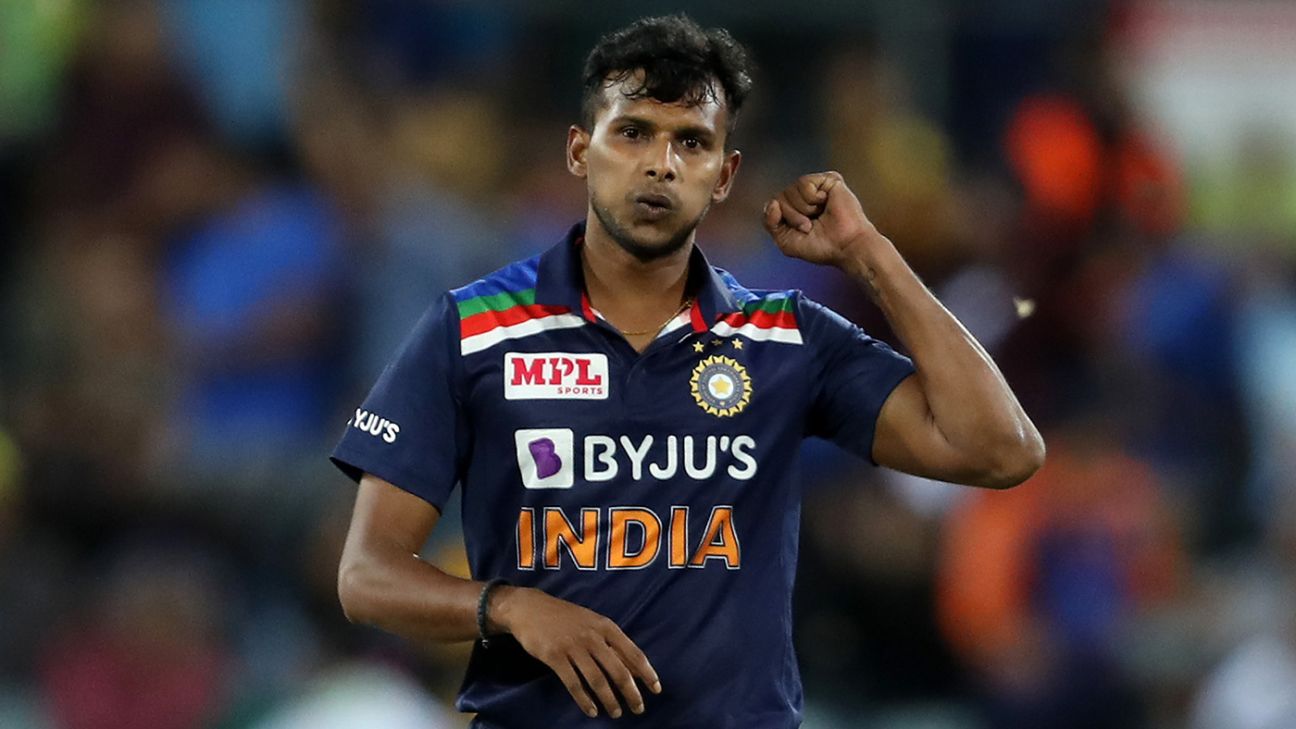 Pacer undergoing rehab at NCA, yet to link up with T20I squad

T Natarajan may not feature in the T20I series opener against England on March 12 in Ahmedabad. ESPNcricinfo understands Natarajan is currently at the National Cricket Academy in Bengaluru for his rehabilitation.

The NCA is understood to have told the team management of his unavailability at least until March 12. The nature of the injury and the duration of his likely absence couldn’t be confirmed. The BCCI is yet to send out any formal update on the player.

Natarajan was the only left-arm fast bowler named by the Indian selectors in the 19-man squad for the five-match series in Ahmedabad.

Natarajan’s life has taken a fairy-tale turn since the last IPL: he was picked as a net bowler for the Australia tour, but ended up playing for India in all three formats and being part of the T20I series winning squad as well as the Border-Gavaskar Trophy triumph. He also became the first Indian player to make international debuts in all three formats on the same tour.

With his pace, variations and the ability to swing in yorkers on demand, Natarajan finished the three-match T20I series in Australia as the highest wicket-taker, picking six scalps at an economy of 6.91.

Agreeing to the request by the team management to stay back as a net bowler for the four-match Test series proved to be another life-changing moment for the 29-year-old Natarajan, who comes from Salem in Tamil Nadu.

In the final Test in Brisbane, Natarajan was handed aTest debut after Jasprit Bumrah was declared unfit. Natarajan picked up three wickets in Australia’s first innings. Upon returning home, Natarajan said he had goosebumps and tears after Indian captain Virat Kohli had asked him to lift the T20I trophy.