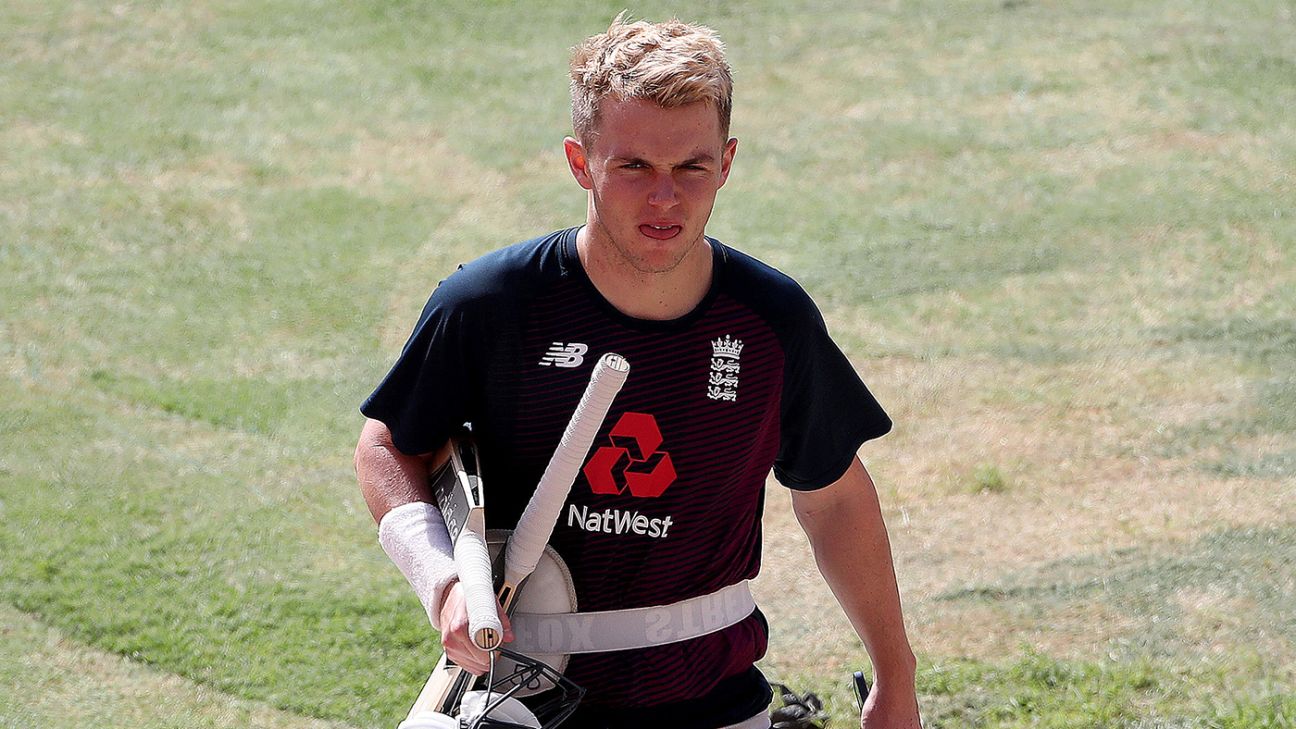 Sam Curran has described himself as “refreshed and raring to go” after rejoining England’s tour of India for the white-ball leg following a pre-arranged period of rest. Amid continued talk about player rotation, Curran backed the ECB’s policy as a way of combating potential burnout due to the effects of prolonged time in biosecure bubbles – though admitted he had not given much thought to the possibility of sitting out the Ashes in Australia next winter.

Curran is one of several multi-format England players who have been given time off since January, flying home after playing two Tests in Sri Lanka. He had initially been due to return in time to be considered for the fourth Test against India, but encountered difficulties in making the journey alone due to considerations around social distancing and Covid-19.

Instead, he arrived with the rest of the white-ball squad on February 26, to complete a period in quarantine ahead of five T20Is in Ahmedabad, starting on Friday. Curran has a Test central contract with the ECB, but is pushing for a more regular starting role in the T20I side ahead of the World Cup later this year.

“There’s been a lot of stuff spoken about rotation,” he said. “I think as a player, I’ve found it beneficial. The bubbles are tough from a player’s perspective, being away for long periods. Coming back after my break, I do really refreshed and raring to go for this white-ball series. I think it is going to be a great series. Various players have had breaks so I’m sure guys might say similar things. Everyone reacts to the bubbles in very different ways so that’s why I think the ECB have been good to us as players to allow us to get out and come back. It’s about keeping us mentally and physically fresh. I certainly appreciate the break I was given.”

England’s stated approach of rest and rotation has generated much debate at the start of a year that will feature 17 Test matches and a T20 World Cup, as well as the usual quota of bilateral white-ball series. That players such as Curran, Moeen Ali, Jos Buttler and Jonny Bairstow were allowed to miss Tests against India, despite being set to play a full IPL season from next month, drew criticism in some quarters.

With the World Cup to be staged in India later this year, there is a clear rationale for giving Eoin Morgan a full-strength T20I squad to choose from, though Curran conceded it was a difficult balancing act for the selectors.

“It’s a really strong side. [But] with so much cricket and all these bubbles, England have made it very clear they don’t want to burn out their players, they want to keep us fresh, mentally prepared and stop that burnout. It’s a World Cup year so it’s obviously going to be a priority, but then again the Ashes are straight after that. I think any team that plays is going to try to go out there and win, with places up for grabs, so it’s a really exciting time.”

Curran has been one of a number of England player to seize their chance at the IPL in recent years, since the softening of the ECB’s stance towards the competition. His all-round contributions – which included briefly moving up to open the batting during a difficult campaign for Chennai Super Kings – won praise from MS Dhoni and Curran was positive about the effect the tournament has had on his game.

“I definitely felt I came back a much better player from the IPL last year in [the UAE],” he said. “I did various roles and got challenged in different ways, which I really enjoyed. I think it’s benefitted my game. It’s a fantastic tournament, us players love playing in it, great crowds, India’s an amazing place to play cricket and it’s the best T20 competition around so it’s great to playing in it, especially with that T20 World Cup in India. It’s going to be great preparation and great for us to keep developing in these conditions. I’m really looking forward to it.”

Despite the difficulties with managing workloads and a schedule ruled by Covid bubbles of one form or another, Curran said that his goal remained “to play all three formats for England”. He was hopeful that increased take-up of vaccines would allow for fewer restrictions in the months ahead, and reluctant to consider the option of being rested during the 2021-22 Ashes – despite Chris Silverwood saying that England may have to consider flying players home from Australia.

“I think it’s a very long time away and every players’ dream is to play in the Ashes,” Curran said. “Who knows where the world’s going to be whenever the Ashes are at the end of this year? I think England have made it very clear they’re trying to take it a series at a time and speak with players, speak with coaching staff and see how they are. I haven’t looked that far ahead but the pinnacle, I guess, is playing in an Ashes series Down Under… most of us players would dream of being on that plane.”