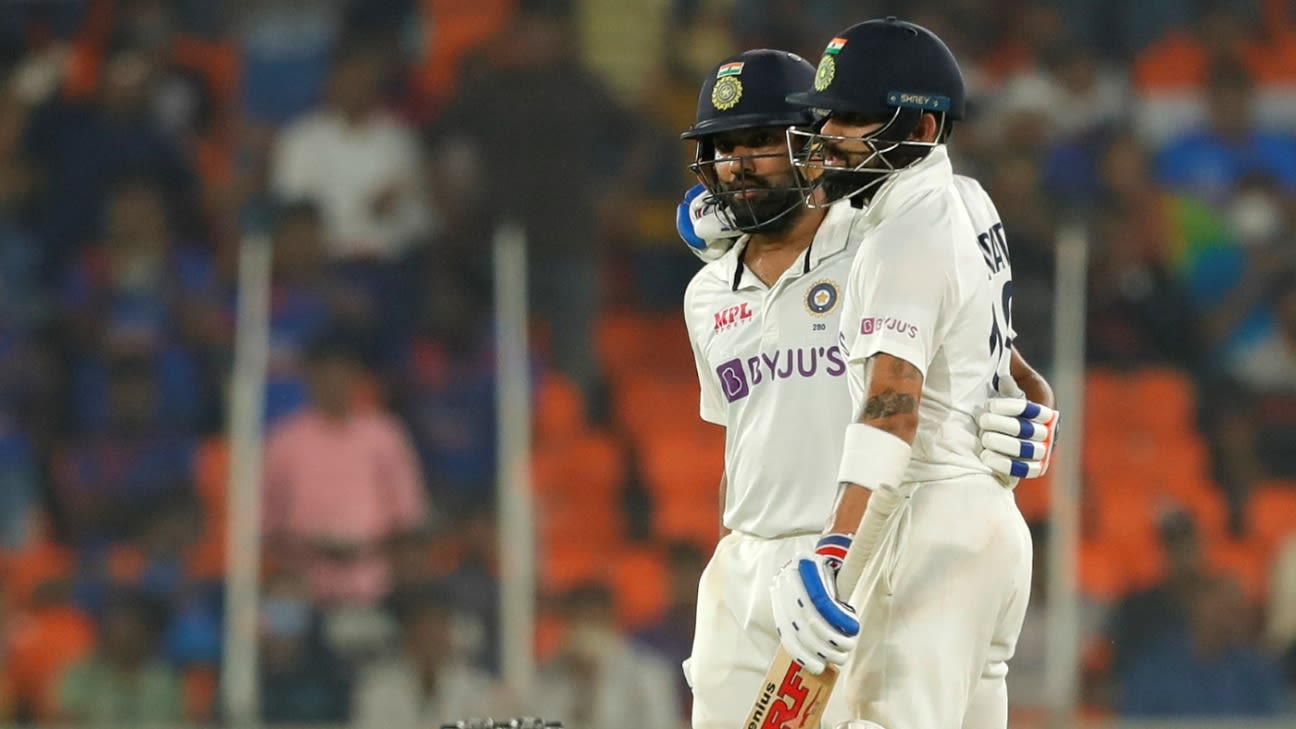 “Our bench strength has been as strong as it has ever been. That’s a great sign for Indian cricket”

The 3-1 victory against England was Virat Kohli‘s 10th series win in a row at home as India captain. It extended India’s dominance at home to 13 straight series wins with their last home defeat coming against Alastair Cook’s England in 2012.

The manner in which India dominated England, especially in the last three Tests – they won the pink-ball ball Test in two days and the fourth Test in three days – no doubt pleased Kohli. According to him, the biggest strength India showed was their “comeback” after losing the series opener in Chennai by massive margin of 227 runs. Following are the key men and points Kohli pointed out during the presentation that played a key role in India winning the series and booking a berth in the World Test Championship final.

On the two key match-winners: R Ashwin and Rohit Sharma
“Ashwin has obviously been a banker for us in the past six-seven years in Test cricket. His numbers speak volumes of what he has done in the last few years.

“Rohit’s knock was the defining moment in us coming back into the series. Getting 160 (161) on that pitch is as good as getting 250 on any good batting wicket. It is definitely one of his best Test knocks, if not the best. That gave us the kind of momentum we needed as a side and it really got us into the contest. So, yeah, it was an outstanding innings.

“He batted really well at the top of the order throughout the series, he gave us important knocks, important partnerships as well which is unnoticed when you don’t get those three figures.”

On what pleased him the most after the first Test defeat
“The comeback pleased me the most. The first game was a bit of an aberration in the way that we play as a team – that was just a hiccup. England outplayed us. The toss became very crucial because of the way the pitch played on the first two days; I don’t think the bowlers were in the contest at all.

What made Axar Patel so effective?

“From the next game onwards it was more exciting cricket and we got into the game early. Even in the second innings (of the first Test) in Chennai we bowled and fielded with a lot more intensity. So for me the comeback was way more pleasing and the way we batted in the second Test match in Chennai.”

On Rishabh Pant, Axar Patel, Washington Sundar making an impact when it mattered
“Our bench strength has been as strong as it has ever been. That’s a great sign for Indian cricket. The idea was exactly this: to have youngsters who come in and perform with fearlessness, take the situations on so that when the transition happens eventually it is not difficult for Indian cricket and the standard does not fall below what we have set in the last few years.

“It is up to the individuals as well, like taking the situation on, like Rishabh and Washy did with that game-changing partnership and then Axar as well – a 100-run partnership. These are the kind of situations where individuals stand up and say: ‘okay, I’m going to make a mark and be that player who can be counted on.’ That is what exactly what they have done.”

On India’s 13-series winning streak at home
“You obviously are happy when you are winning so many series but there are always things to improve. Like, after the first game in Chennai, we had to pick up our body language. We spoke about the fact that nothing is a given whether you are playing at home or away because every team at international level is a quality side and we need to be at our A game to be able to beat them. And that is exactly what our mindset is. I know in the future as well we’ll have hiccups, we’ll have a few things that will be a concern, but we will have to keep ironing them out and that’s been the hallmark of our team.”