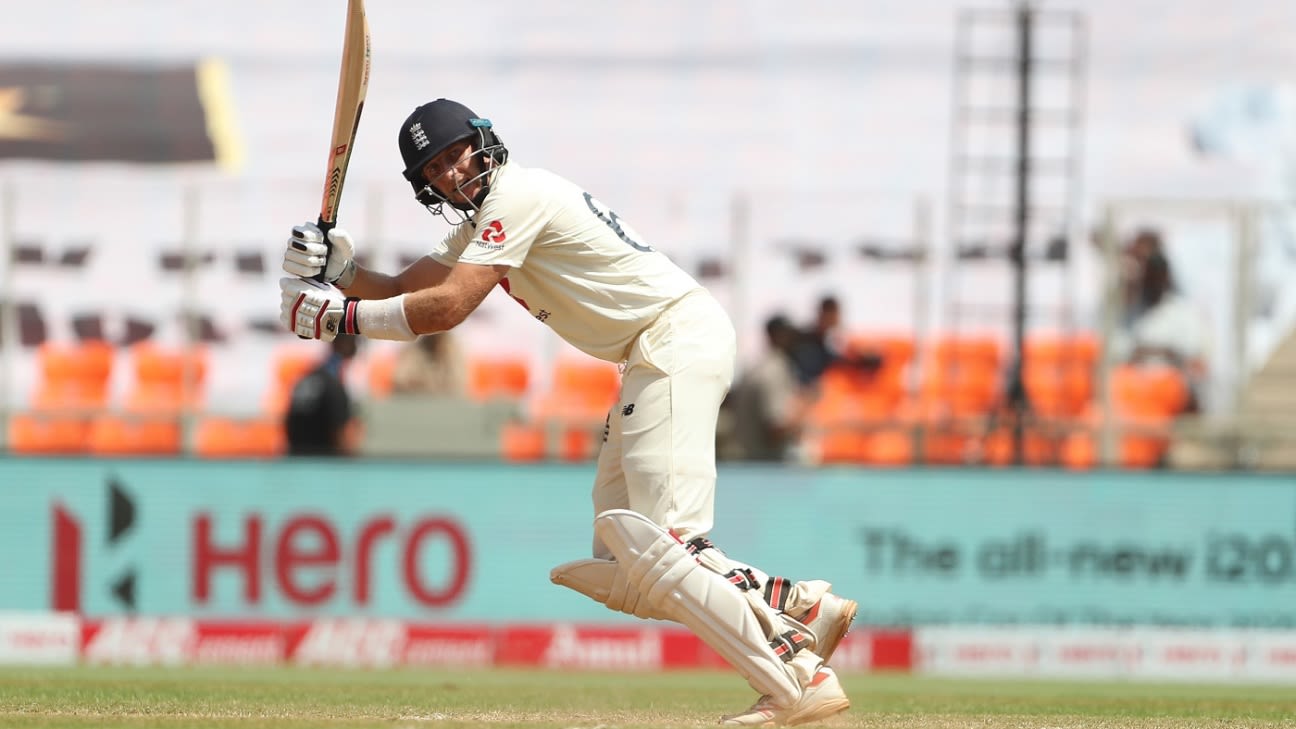 Joe Root has called on his England team to embrace the realities of a chastening 3-1 series loss in India, and accept that their skills in spinning conditions let them down at key moments of the campaign, rather than the conditions themselves.

After winning the first Test in Chennai by an emphatic 227-run margin, England were put in their place over the course of the next three matches, India turning up the intensity with consecutive wins by 317 runs, 10 wickets and an innings and 25 runs.

Those latter two matches in Ahmedabad spanned less than five days between them, which was a comment for the most part on England’s fallible batting, as they managed fewer runs across four innings (533) than they had made in more amenable batting conditions in their decisive first innings of 578 at Chepauk.

However, having won the toss and batted first each of the Ahmedabad matches, England had their opportunities to fight back in spite of their frailties, as they restricted India to 145 in the third Test, a slender deficit of 32, before reducing them to 146 for 6 in the fourth.

On neither occasion could they close out their fightback, with Rishabh Pant’s stunning counter-attack in this latest game, in partnership with Washington Sundar, epitomising the gulf in batting prowess between the sides.

Sundar made two ducks and two unbeaten near-centuries in his four innings of the series – 85 not out in Chennai and 96 not out in Ahmedabad – and topped the averages by a distance. But Pant and Rohit Sharma were the consistently outstanding performers in tough conditions, returning averages of 54.00 and 57.50 respectively with their contrastingly aggressive styles.

For England, only Root himself could manage an average above the 20s, and even his returns fell away after his double century in the first game, as he finished with 368 runs at 46.00. Ben Stokes was England’s next-most reliable performer, but his 203 runs at 25.37 fell way short of the levels that his side needed to stay in touch.

“It was disappointing,” Root said afterwards. “Credit does have to go to India, they’ve generally outskilled us. They showed us how to bat on that wicket, and similarly today with the ball they were excellent.

“We’ve just got to keep working together to try and find ways of being better in similar conditions in the future,” he added. “There were periods of time throughout when we felt very much in the hunt, but credit to Rishabh and Washington, that partnership was outstanding.”

Pant, quite rightly, was named player of the match after an extraordinary performance in Ahmedabad. He battled through a tough start to his innings, when the contest was very much in the balance, before blitzing his way to a maiden home Test century with a fusillade of boundaries against the second new ball – including an unforgettable reverse lap over the slips off James Anderson.

“The way Rishabh bats makes it very, very difficult for bowlers to build pressure and set fields sometimes,” Root said. “When he pulls out a reverse sweep to a guy with 600 Test wickets, it’s quite a skill and quite a brave move to do.”

As the series began to tilt towards India, a narrative emerged – in the media for the most part, though fuelled by some muffled protestations from the England camp after last week’s two-day defeat – that the pitches were unfairly weighted towards India’s spin strengths.

Their frontline pairing of R Ashwin and Axar Patel certainly thrived in the conditions, claiming 32 wickets at 14.71 and 27 at 10.59 respectively – with Patel’s haul matching the best by an Indian bowler in his debut series.

However, in Root’s estimation, much of that argument was scotched by the fact that India were able to thrive in between whiles with the bat as well.

“I don’t think we reacted to the change in surfaces as well as India did,” he said. “They exploited them better and found ways of managing the turn. That’s played a factor.

“I do think there have been periods where we’ve found ourselves at parity and India managed to grab them. Generally, in the lower-scoring Test matches, that is the difference.

“Having India 100-odd for 5 in this game, or when Rishabh Pant walked out at four down, we have a real opportunity to make that count through some wonderful bowling in the early stages. He managed to win that important hour of cricket.

“That partnership with Washington was very good and he’s such a difficult player because he hits the ball in unusual areas. Their experience of these conditions as a whole probably just outweighed us and was a big difference in this series.

“I think the guys have to embrace what’s happened,” he added. “They have to understand it and be realistic. There are areas we can get better at. We would be stupid to come away from this trip and say: ‘it was the extreme conditions, the ball was spinning and skidding on, and it was impossible to bat’.

“That would be the wrong attitude. We need to come away from here and say: ‘You know what, there are lots of things that we can get better at.’

“Yes, India have world-class spinners and high performers at home in particular – but we can be better. What can we take away from this trip? I’m going to go away and make sure that if I find myself in this situation again down the line, on the next tour, I will be better equipped to deal with that.”

England will have an opportunity to lock horns with India again very soon, with a five-Test series looming in August and September in England. When the sides last met in 2018, England’s 4-1 victory looked similarly one-sided, but it too masked the clear competitiveness that the visitors were at times able to exert.

“We’re not a bad side just because of these three games,” Root said. “We also have to look at this winter as a whole. There have been occasions – and there were three very good performances [in Sri Lanka and in the first Chennai Test] – where the ball has spun and we’ve dealt with it better. But when we come home and play in our own conditions, we are a completely different side.”

Andrew Miller is UK editor of ESPNcricinfo. He tweets at @miller_cricket