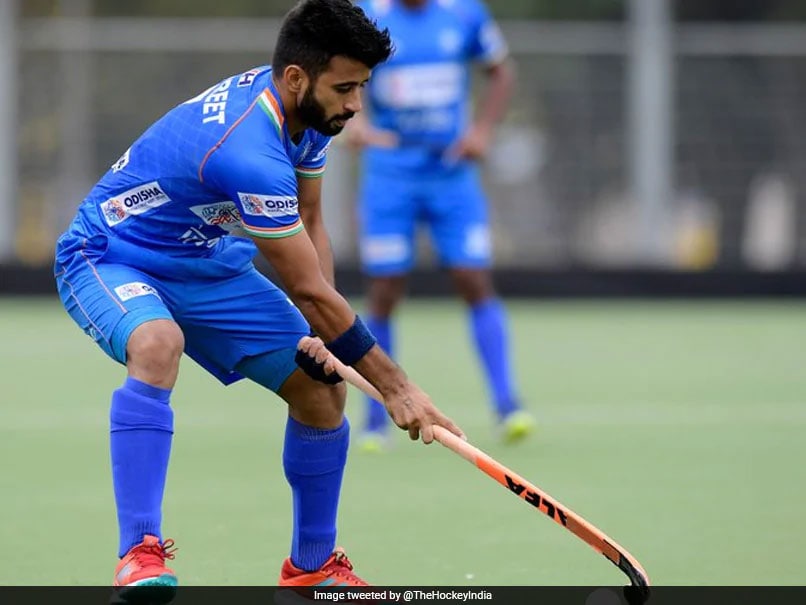 
The Indian men’s hockey team captain Manpreet Singh and four other players have tested positive for COVID-19 but the national camp will resume in Bengaluru as scheduled with those who are fit to train, the Sports Authority of India (SAI) said on Friday. Besides Manpreet, defender Surender Kumar, Jaskaran Singh, drag-flicker Varun Kumar and goalkeeper Krishan Bahadur Pathak have also tested positive for the dreaded virus.

“I am self quarantined at the SAI campus and I am very happy with the way SAI authorities have handled the situation…I am doing fine and hope to recover very soon,” the 28-year-old Manpreet said in the statement issued by SAI.

“I am very happy that they made testing of athletes mandatory. That proactive step helped in identifying the problem right in time.”

The players tested positive after returning to the national hockey camp at the SAI South Centre in Bengaluru following a month-long break.

A SAI source, however, said that the camp will resume from August 20 as planned with the fit players.

“As of now the camp is on and will resume as planned. The fit players can start their individual training and the players who have tested positive for COVID can resume later after recovering but they will have to pass a fitness test,” the source said.

The national players were earlier stranded at the centre for over two months (till June) when a national lockdown was imposed to contain the virus.

After coming back from the break, the players were in mandatory quarantine before training’s resumption at the centre. According to SAI, Pathak’s result came late from the state government.

“…SAI made it mandatory for all athletes , who reported back to the camp to take a rapid COVID-19 test upon arrival,” the SAI said in a statement.

According to the SAI source all the players who have tested positive were part of a 10-member group who have travelled together and there are chances of more positve results come out.

“Don’t be surprised if some more positive results come out,” the SAI source told PTI.

“Since all the athletes who tested positive had travelled together, there is a high likelihood that they contracted the virus while travelling from their hometowns to Bengaluru.”

The SAI further said that all the five players initially tested negative in the rapid test.

But when Manpreet and Surender began to show some COVID-19 symptoms, they along with 10 other players, who had travelled together, were made to undergo the Quantitative RT-PCR test on Thursday.

“…and the five have been found to be COVID positive. Though the test results have still not been handed over to SAI, but the state government has informed the test results to the SAI authorities,” the SAI said.

“The quarantined athletes did not interact with other athletes who were already present at the camp,” the SAI said.

The Standard Operating Procedure (SOP) of the state government and of SAI were being followed strictly across the campus.