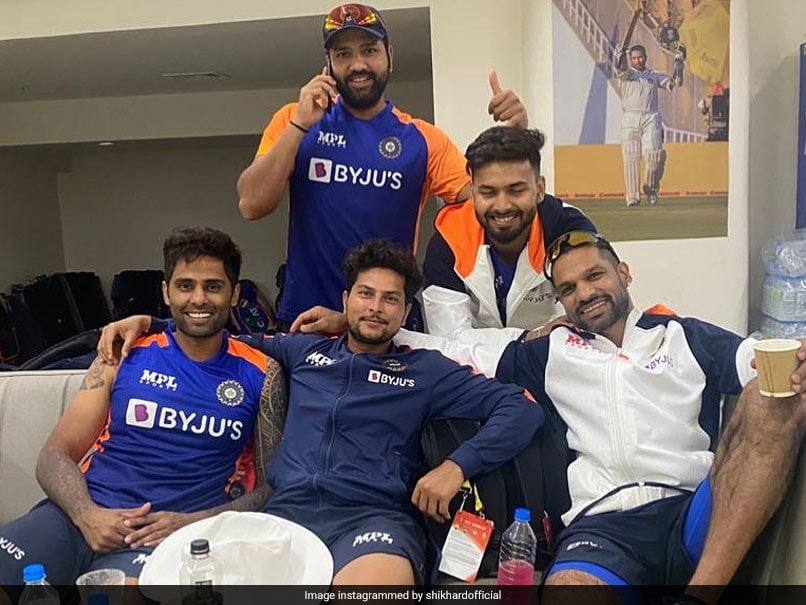 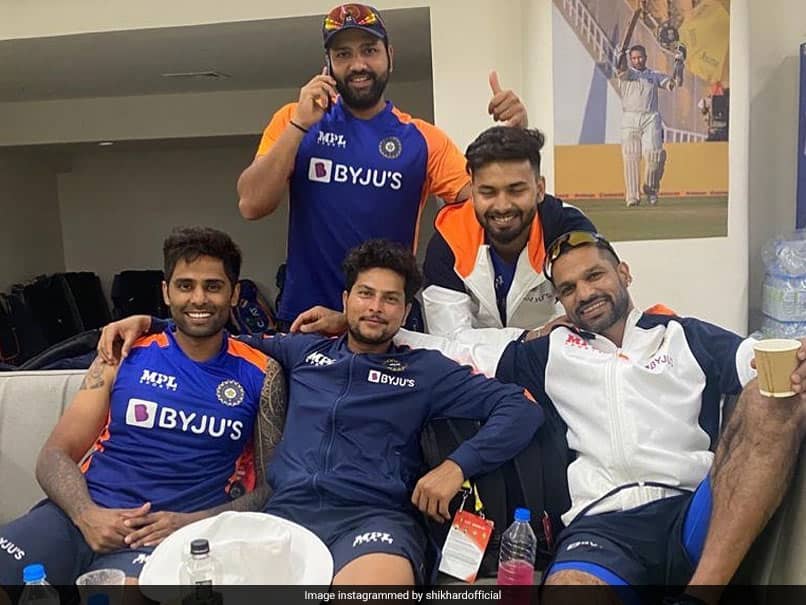 Shikhar Dhawan posted a picture where he is seen with Rishabh Pant and other teammates.© Shikhar Dhawan/Instagram


Shikhar Dhawan had a “lovely meeting” with India teammates Rohit Sharma, Rishabh Pant, Suryakumar Yadav and Kuldeep Yadav as seen in a picture he posted on social media. Dhawan and Suryakumar are in India’s T20I squad for the five-match series against England. Kuldeep, Rohit and Pant feature in the Test squad for the ongoing series. Rohit and Pant starred for India on Day 2 of the 4th Test on Friday, with Rohit playing a patient knock of 49 at the top of the order and Pant laying into England’s bowlers with a scintillating 101 off just 118 balls.

Washington Sundar also made a half-century as India finished 294 for 7, leading England’s 205 by 89 runs in the first innings.

Dhawan returns to Team India after a gap of almost three months. His last appearance for the team was during the limited-overs leg of India’s tour of Australia in 2020-21.

Suryakumar earned his maiden call-up to the T20I squad on the back of his returns for Mumbai Indians in Indian Premier League 2020 and consistent performances in the Vijay Hazare Trophy.

England won the first Test in Chennai, but defeats in the next two eliminated them from contention for the World Test Championship final.

India need to avoid defeat in the last Test to make the final and play New Zealand at Lord’s.