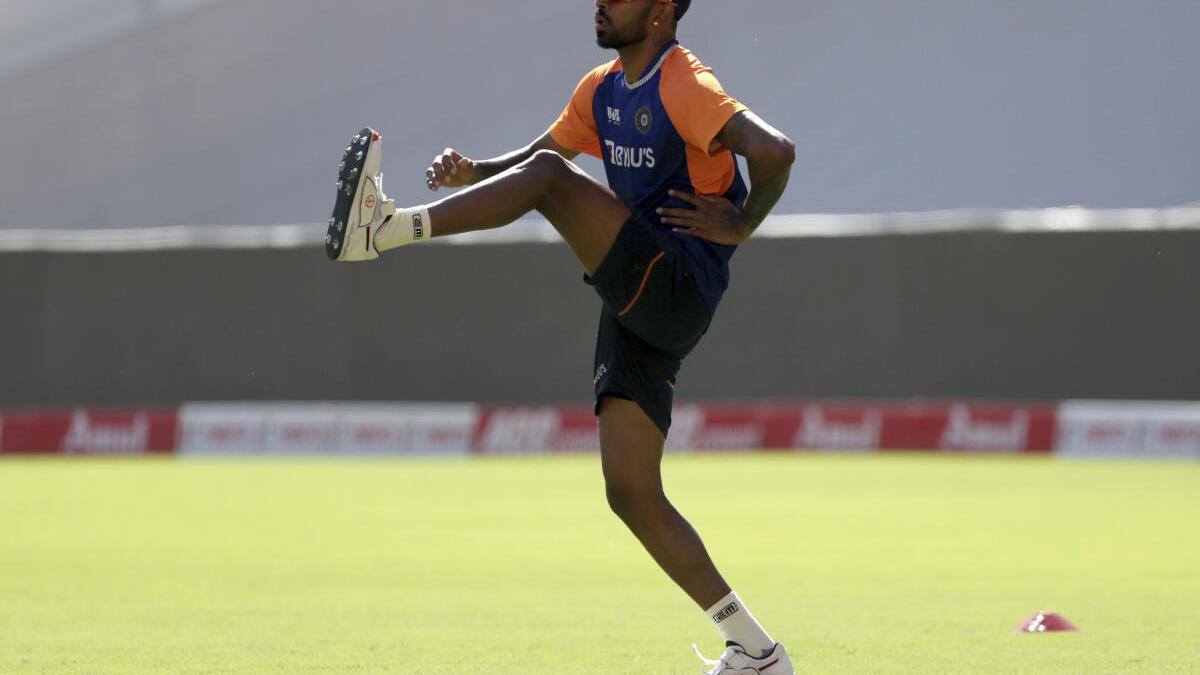 All-rounder Hardik Pandya has started bowling full tilt at the nets with a slightly tweaked action ahead of the five-match T20 series against England, giving the Indian team an additional bowling option in white-ball format that they have missed for some time.

Hardik uploaded a video of his net session on Twitter, which mainly was a collage of his booming hits including his customised version of ‘helicopter shot’ as head coach Ravi Shastri, batting coach Vikram Rathour and skipper Virat Kohli looked intently.

However, it was the last 10 seconds of footage that really caught the attention when he strode into bowl.

Since suffering stress fractures in his back in 2019, Hardik has rarely bowled. He was forced to bowl during the Australia ODIs at a time when his action was undergoing a change.

Former national selector and Test batsman Devang Gandhi has noted the change in his action.

“It seems that he has reduced the length of his jump and in turn the stride is shorter. If you have a big jump, automatically, your stride will be longer and there will be more pounding on landing,” Gandhi told PTI.

The economy of action will put lesser stress on his back as Pandya could be an important cog not only during the T20 World Cup in October but also the seamer all-rounder that India will desperately need in England where they are scheduled to play six Test matches, beginning with World Test Championship final in Southampton.

Dhawan likely to miss out

Veteran opener Shikhar Dhawan is unlikely to get any game in the five-match T20I series unless one among K.L. Rahul and Rohit Sharma is either injured or rested.

It has been learnt that as of now, Dhawan has no chance of making it to the playing XI in the T20 format although he will remain the first choice back-up opener.

“KL and Rohit are your opening pair in T20s going into the World T20. Shikhar will be the reserve opener and will have to wait for his turn. May be during the ODIs, he can be given a chance if the ODIs are also treated as an extension of T20 preparation,” Gandhi, who till recently was in selection panel commented.

Gandhi feels that Rishabh Pant should bat at number 4 which will give him a lot of time to play his destructive game and he would like to see Suryakumar Yadav being tried out at number five in the line-up.

The toss-up for one specialist middle-order slot is between Surya and Shreyas Iyer and Gandhi’s vote is with the Mumbai Indians man.

“Surya has had tremendous success for Mumbai Indians in the IPL batting at that particular slot. If you are looking at him going into the World T20, give him as many games as possible in the lead up. He should also be kept in the ODI squad.”

Levon Aronian says he is leaving Armenia, will represent U.S.