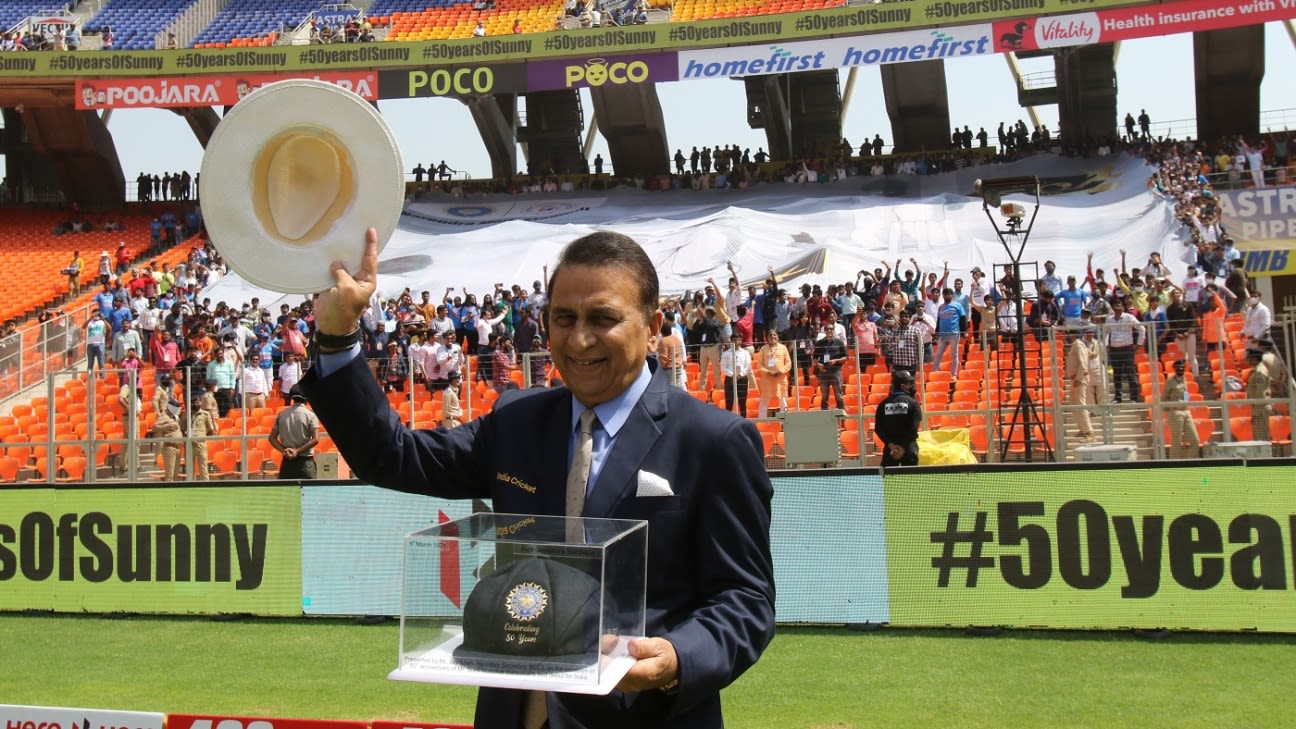 It was exactly 50 years ago, on March 6, 1971, that Sunil Gavaskar made his Test debut in Port of Spain on India’s tour of the West Indies, which they won 1-0 – a seminal achievement, one of the high points in the history of Indian cricket.

To mark the occasion, the BCCI felicitated Gavaskar at the lunch break on the third day of the ongoing fourth and final Test between India and England in Ahmedabad with a commemorative Test cap. For his part, Gavaskar chose to make another debut of sorts on the day, on Instagram.

Back in 1971, the debutant opening batsman made 65 in that first innings and 67 not out in the second as India won the Test by seven wickets, and scored 774 runs in four Tests on that tour. That remains the record for the most runs in a Test series by an India batsman, and joint 12th (with Steven Smith, in the 2019 Ashes) in the overall list of batsmen with most runs in a Test series.

A tribute to My Idol! pic.twitter.com/l6nP89pUQi

Gavaskar went on to achieve many milestones in his career, including becoming the first to score 10,000 runs in Test cricket, which he got to in Ahmedabad, at the same Motera stadium (though it was far from being the massive facility it is today) where the current Test match is being played. That was in March 1987, against Imran Khan’s Pakistan.

Gavaskar retired from the game later that year with 10,122 runs from 125 Tests at an average of 51.12, with a then-record 34 centuries in the format. He also played 108 ODIs, scoring 3092 runs in them at an average of 35.13. He has since worn many hats, including being the president of the BCCI for a short period in 2014, but it is as one of the busiest television commentators that he is most recognised these days.