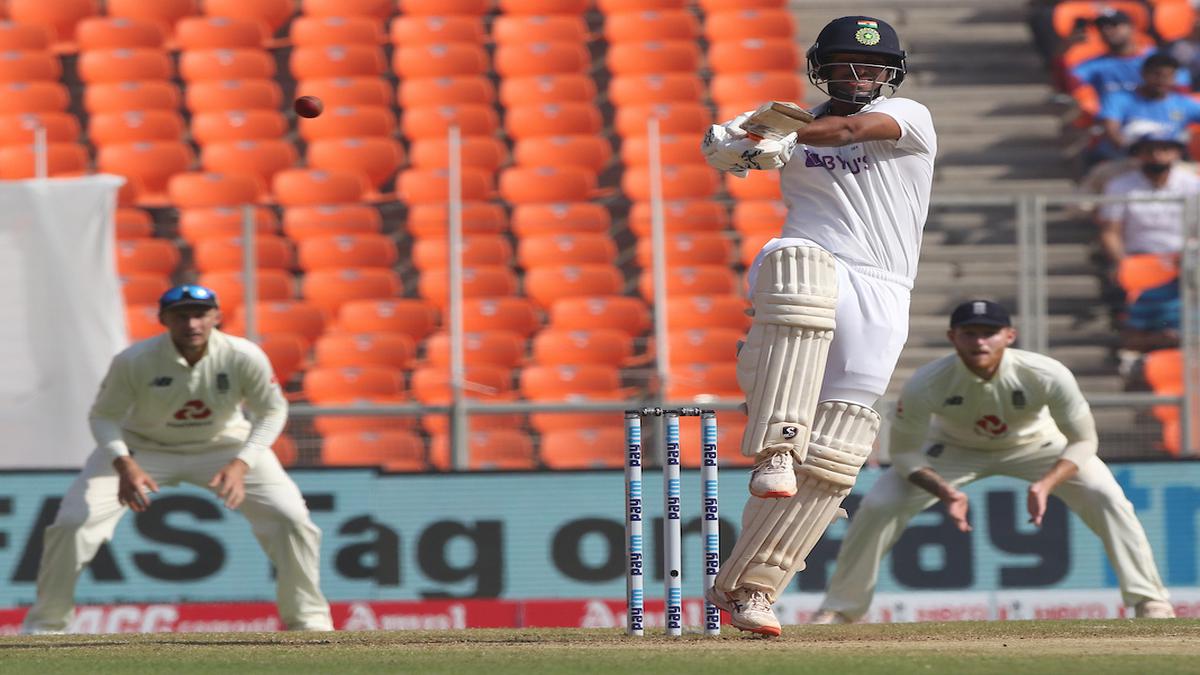 India all-rounder Washington Sundar remained unbeaten on 96 as the host bundled out for 365 to register a 160-run lead against England during day three of the fourth and final Test at the Narendra Modi Stadium in Ahmedabad.

Sundar, agonisingly close to what would have been his maiden Test century, saw three wickets – Axar Patel, Ishant Sharma and Mohammed Siraj – fall in a matter of only five deliveries while being stuck at the non-striker’s end.

This is not the first time that Sundar has been troubled by wickets tumbling at the other end. He had met with a similar fate during the first Test in this series in Chennai, when he remained unbeaten on 85 as India was bowled out for 337.


On Saturday, he could have become only the fourth batsman after Yasir Shah, Ravichandran Ashwin and Mehidy Hasan to score a hundred while batting at eight or lower in the World Test Championship (WTC).

The highlight of Sundar’s impressive knock came off the first ball of the 98th over when he put on his dancing shoes to go downtown and greet Dom Bess with a huge six. He even took the very next delivery on the full to hit a glorious drive through cover for a boundary to bring up the fifty-run partnership with Axar.

#WashingtonSundar was the top trend on social media after the mishap, with people consoling the Tamil Nadu cricketer for missing out on what would have been a very special milestone.

Earlier on Friday, Sundar joined Rishabh Pant in the middle after Ashwin fell for 13. The 21-year-old went on to stitch a crucial 103-run stand with the wicketkeeper-batsman, which saw India surge ahead of England’s first innings total of 205.


Rohit Sharma, after the end of day two’s play, asked Sundar how he was feeling after an impressive start. He said, “Amazing, honestly. I should thank the management and senior players for keeping faith in me. I just wanted to play my natural game.

“After about 15-20 balls, I thought if I could just defend and spend a lot of time in the middle, I would be able to get runs and also put the team in a better position. Very glad that it happened today.”