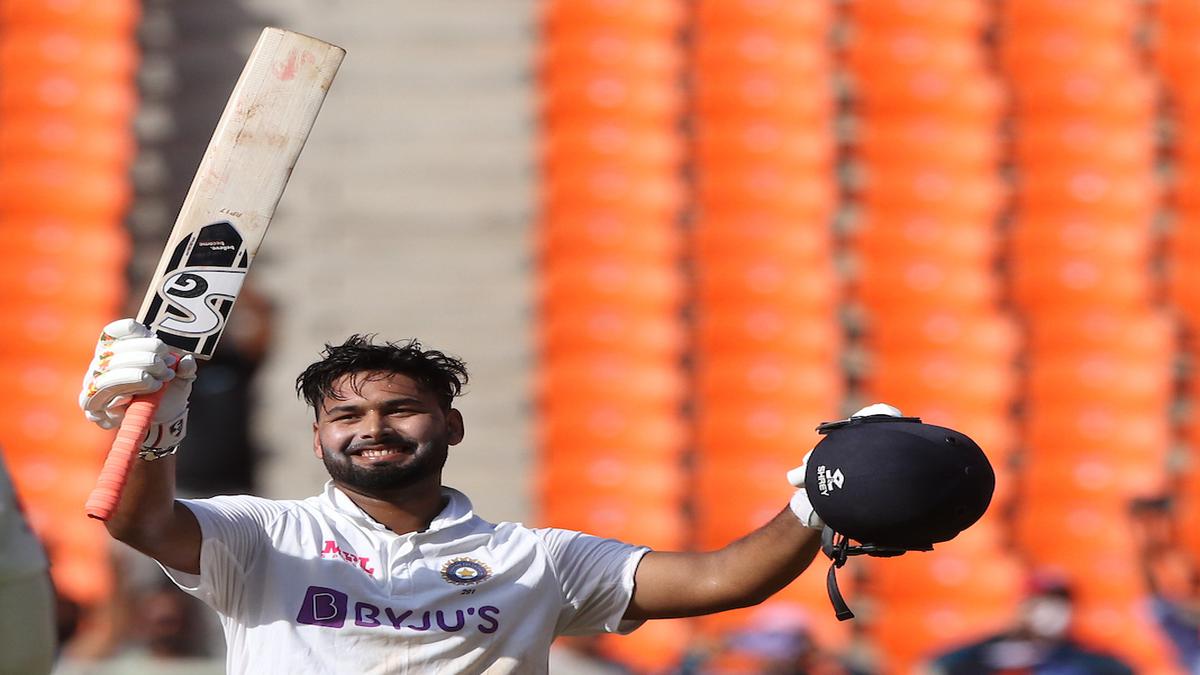 Rishabh Pant brought up his third Test century on day two of the fourth Test against England at the Narendra Modi Stadium in Ahmedabad.

Pant took on star pacer James Anderson immediately after the visiting side took the new ball. He reached his hundred with a slog sweep off Joe Root for six. A reverse sweep over slip off Anderson’s bowling was the highlight of the innings. He eventually holed out for 101.

This was Pant’s first hundred in India and the knock was studded with 13 fours and two huge maximums. The 23-year-old had scored his maiden ton against England at The Oval during his first overseas red-ball tour in 2018.


Pant additionally became only the second batsman after Joe Root to cross 500 Test runs in 2021. Rohit Sharma is the second-highest Indian run-scorer in the longer format this year.

The Roorkee-born cricketer has now moved up to second on the list of Indian wicketkeepers with the most hundreds in Test cricket to join Wriddhiman Saha. Mahendra Singh Dhoni, with six tons, leads the chart.

Also, Pant is now only the second glovesman after Australian legend Adam Gilchrist to have scored a Test century in England, Australia and India.

Pant later said he only acted according to the team plan during the match and personal goals weren’t his focus.

“The team plan was just to build up a partnership when I was batting with Rohit bhai. Only that was running in my mind. I don’t focus on personal goals. I see the ball and react to it. That’s the USP of my cricket,” he said during an interview after the close of play on Friday.

Pant came to the crease after Ajinkya Rahane’s wicket fell right at the stroke of lunch. With the scoreboard reading 80/4 then, Pant stitched together solid partnerships with Rohit, Ravichandran Ashwin and Washington Sundar to help India zoom past England’s first innings score of 205.

The host finished with a healthy 89-run lead at stumps on day two.