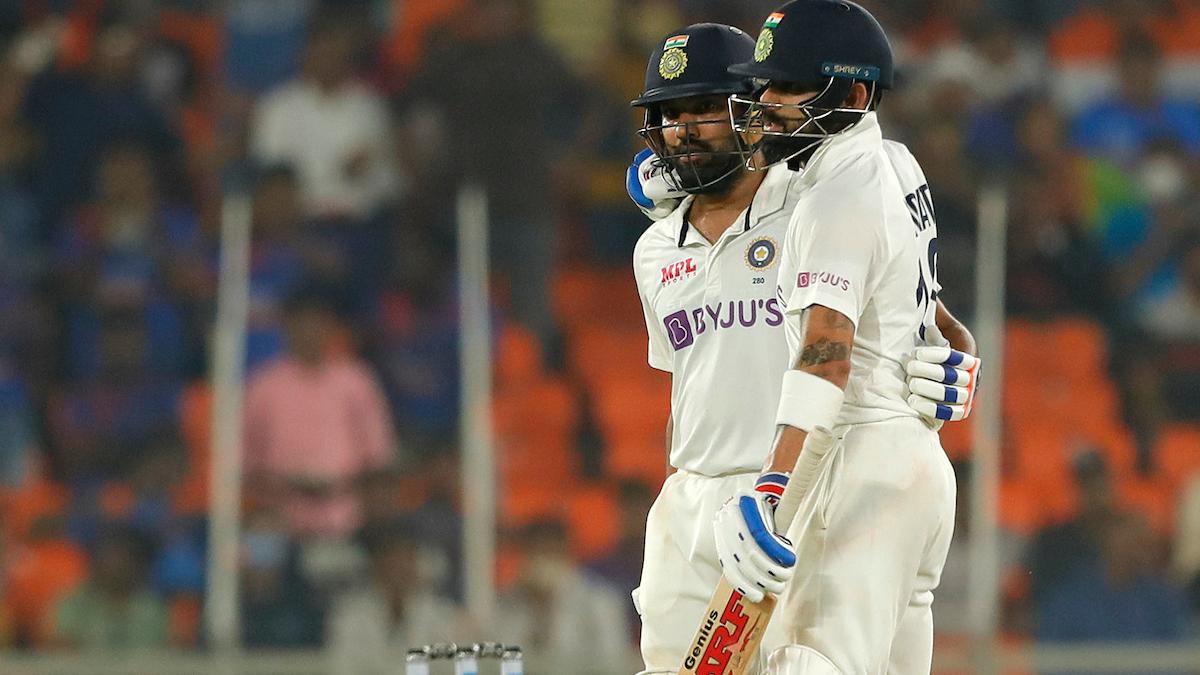 Indian captain Virat Kohli highlighted opener Rohit Sharma’s 161 in the second Test as the key moment in the host’s comeback to complete a 3-1 series win over England in Ahmedabad on Friday.

Speaking after India’s innings and 25-run victory on day three of the fourth Test, Kohli said: “The comeback in Chennai pleased me the most. The first game was an aberration and England outplayed us. The toss played a crucial role and the bowlers weren’t in the context. We bowled and fielded with more intensity and so the comeback was very heartening.”

India’s win in the fourth Test also sealed its spot in the World Test Championship final alongside New Zealand as Rohit Sharma led the run-charts for the side in the series. “Rohit’s knock was the most defining moment in us coming back [in the series]. Getting 150 [161] on that pitch was as good as getting 250 and it got us into the contest. Throughout the series, he got important knocks and partnerships,” said Kohli about the Indian opener who scored 355 runs in seven innings.

The Indian skipper also heaped praise on the young trio of Rishabh Pant, Washington Sundar and Axar Patel. “Our bench strength is extremely strong and that’s a good sign for Indian cricket. Axar and Washington are ready and the idea was to have youngsters who come in and perform with fearlessness. Rishabh and Washi did it with that game-changing partnership and Axar too,” said Kohli.


Asked about India’s qualification to the World Test Championship final, the Indian captain said: “We can accept and admit that we are in the WTC final; it was a distraction for us. It did become a bit of distraction for us in New Zealand, but now it’s a reality.”

England skipper Joe Root said his side failed to match India’s effort in the last three Tests after it conceded a heavy defeat in the final Test on Friday.

“The first game was a positive. We haven’t matched India in the last three, and we need to keep learning and keep getting better for this experience and this series, and we need to keep evolving and move forward,” Root said after his side’s third successive loss in the final Test of the series.

The England captain, who finished the series as the leading run-scorer with 368 runs, rued his side’s inability to win the key phases during the series. “There are some key areas where India grabbed the game and we didn’t. Washington and Rishabh played extremely well at a time when we had a good hold on the game. We also didn’t score runs the way we would have liked, and India outplayed us. Best of luck to them in the final,” said Root.


England shuffled its squad through the series in line with its newly-formed rotation policy in place. Root, who will miss the T20I series, said it was essential that the management looked after the well-being of its players.

“It’s really important that we have to look after our players in terms of resting them, and we can’t keep playing them until they fall over. We need to look after them and rotate them as necessary. It’s been a good series, enjoyed the hospitality and loved being here for the series,” added Root.