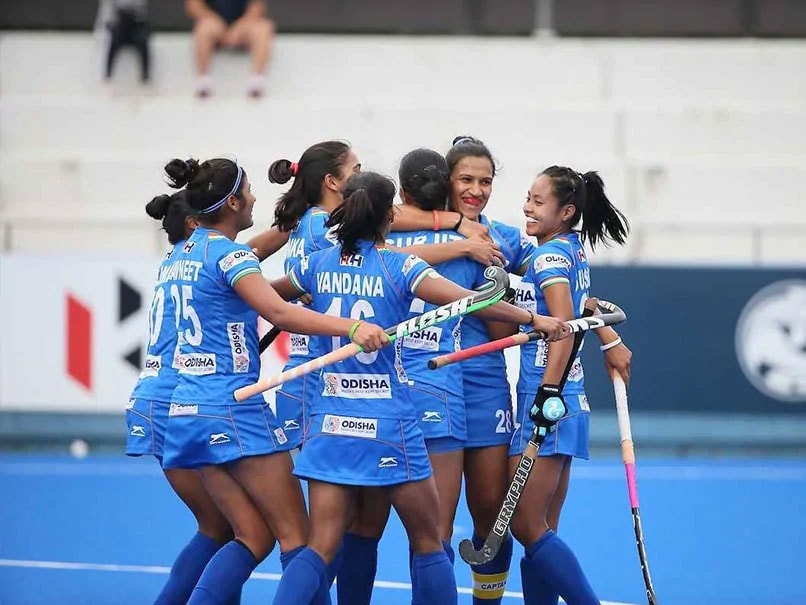 
Former Indian hockey star Deepika Thakur believes that the support given by Hockey India has been critical in the success of the women’s team. Thakur has over 200 international caps and was recently conferred with the Arjuna Award. She also believes that the women’s side has a strong chance to finish in the top 4 in the Olympic Games next year. “I am happy that the team was able to resume activities soon after nationwide lockdowns ended. Even though there may not be any competitions this year due to the prevailing travel restrictions, remaining in the national camp will allow the players enough time to return to old form and keep up their fitness level,” said Thakur in an official release issued by Hockey India.

“Five years ago, if you would ask me whether the women’s team had it in them to break into the top 10 rankings in the world, my answer may not have been a sure yes. I feel Hockey India providing the best coaching setup and also demanding results from them and the players on similar lines as the men’s team has had a positive effect on the team.

The women’s team is determined to show that they too can win tournaments like the men’s team. We have won the Asian Champions Trophy (2016), Asia Cup (2017), entered the quarterfinals in the World Cup in London, won silver at the Asian Games 2018.

“I think these are all great results and collective work by coaching staff and the federation. I feel Hockey India has ensured the women’s team gets fantastic exposure at the international level and planning the ACTC (Annual Calendar for Training and Competition) accordingly has been critical in the team’s resurgence,” she added.

Thakur also feels the team should remain motivated and focused on their goal of doing well at the Tokyo Olympic Games.

“The current Indian side is very committed and focused. But when you have to be in National Camps without competition it is easy to feel less motivated,” Thakur said.

“Also, without competition, it is difficult to assess improvement. Hence, I would say it is a very crucial time for the team and each player should have her own yardstick and must work on raising the bar,” stated the experienced defender.

“I certainly believe the team can bounce back. They were in good rhythm after winning back-to-back tournaments last year and they had done well in New Zealand earlier this year.

“They were high on confidence too. This team is hungry to achieve success at the highest level and hence I am sure once competitions resume, they will bounce back and do everything in their capacity to finish top 4 in Tokyo,” she signed off.