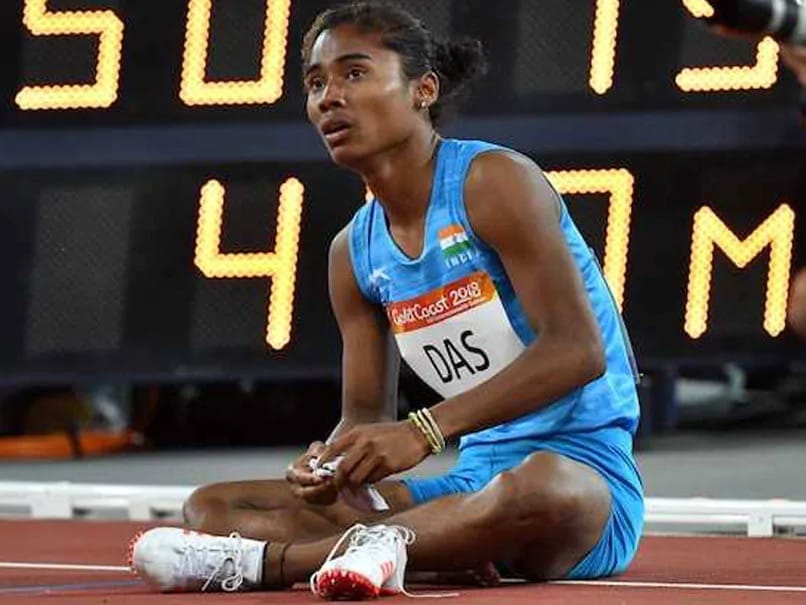 
Confined to their hostel rooms at NIS Patiala amid the coronavirus-forced lockdown, some athletes, led by star sprinter Hima Das, have requested the sports ministry to allow them to train outdoors within the campus, which is out of bounds for outsiders right now. Deputy chief national athletics coach Radhakrishnan Nair, who is supporting the move, told PTI that the Hima-led campers at the National Institute of Sports (NIS) are expecting a reply from the ministry in a day or two. “Hima and some other athletes have written to the Sports Minister that they be allowed to train one or two hours a day in small groups at different times so that they can also practice social distancing while training at the same time,” Nair told PTI from Patiala.

“They have written to Rijiju that they be sent home if no training is allowed. (But) going home is not feasible as the country is in a lockdown and Prime Minister has said everybody should be where they are.

“So, the ministry will not allow them to go back home but this outdoor training idea is feasible. We will know about it in a day or two,” he added.

Nair said he and other coaches have supported the idea as there is no risk of any camper contracting the dreaded coronavirus as nobody is coming in and going out of the facility.

“We have 41 athletes at NIS and the track and field area is just 50m from the hostels. We can have small groups say eight athletes each and only one group will train at a time for one or two hours.

“All the athletes of a group will not do running or throwing together, one will run alone and finish it and then another will run after him or her. This way we can practice social distancing and be safe,” the top athletics coach said.

Nair said without outdoor training, the athletes will have to start from scratch when the conditions improve and the new season begins.

“Athletics is different. In many sports, the athletes utilise a small space but a runner or a thrower or a jumper covers a lot of distance and their cardiovascular system and physical strength has to be built continuously over a period of time.

“These athletes have been at NIS training almost non-stop from 2018 onwards, training three shifts everyday and they cannot suddenly stop it.

“If they do that, they will have to start from the scratch again,” explained Nair, one of the most qualified coaches in Indian athletics. Nair said as of now, the athletes have been advised to be careful about their diet during the lockdown so that they don’t gain weight.

“Since the lockdown began on March 25, we have told all the athletes in the national camps to be careful of their diet. Since they are not having outdoor training there might be a tendency to gain weight.

“We have told them to build their core strength by doing exercises and a lot of skipping inside their rooms or corridors.”

The race walkers, including KT Irfan who has qualified for the Olympics 20km event, are currently training at SAI Centre in Bengaluru while the distance runners, including Avinash Sable, who has booked a Tokyo Games berth in 3000m steeplechase, are in Ooty.

“Those in Bengaluru and Ooty are also not training outdoors due to the lockdown,” Nair said.

He also said star javelin thrower Neeraj Chopra, who has already qualified for the Tokyo Games, will remain at the NIS Patiala after his 14-day self-isolation period ends on Wednesday.

“Neeraj came back on March 18 (from Turkey) and his self-isolation will end on April 1. He cannot go anywhere. He will remain at NIS Patiala.”