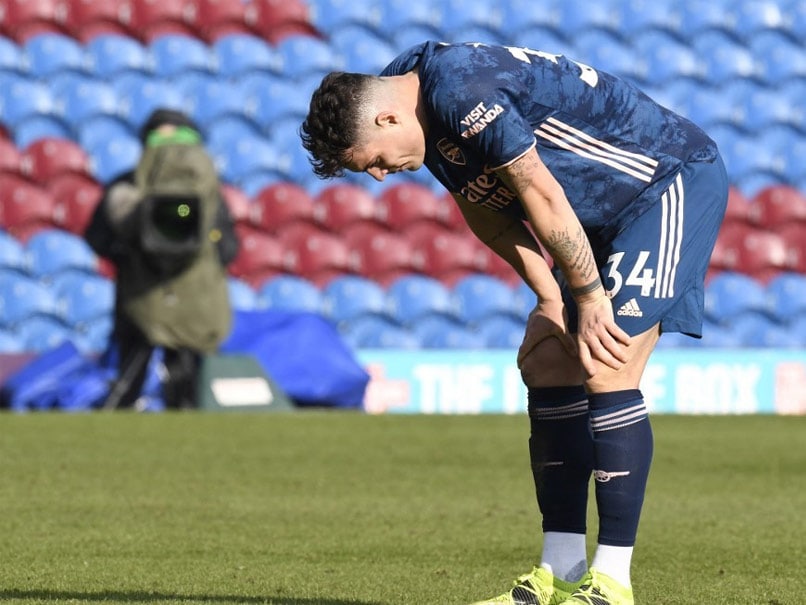 
Arsenal’s chances of a top-four finish in the Premier League look forlorn after Granit Xhaka’s error gifted Burnley a 1-1 draw on Saturday, while Southampton ended a nine-game winless run by beating Sheffield United 2-0. The Gunners’ best hope of a return to the Champions League for the first time in five years now lies in winning the Europa League after letting two more points slip away at Turf Moor.

Mikel Arteta’s men remain in 10th, nine points adrift of the top four and with that gap certain to grow on Sunday when fourth plays fifth as Chelsea take on Everton.

“It is really complicated. I have a feeling with the way that we are playing at the moment that we can win any game,” Arteta said.

“But if you are giving something to the opponent anything can happen. This is where we have the biggest margin for improvement.”

Arsenal could not have asked for a better start as Pierre-Emerick Aubameyang took advantage of some sluggish defending and a slow reaction from England goalkeeper Nick Pope to squeeze home his 14th goal of the season after just six minutes.

Xhaka was stupidly sent-off when the sides last met in December in the midst of a run of one win in 10 games that gave Arsenal a mountain to climb to get back in the race for a European place.

The Swiss midfielder had another afternoon to forget as six minutes before half-time he inexplicably fired the ball into the midriff of Chris Wood and the ball ricocheted into the net off the New Zealand striker.

Arsenal should still have won the game after the break as Erik Pieters escaped one strong penalty shout for handball and then saw a red card and a penalty rescinded by a VAR review for another shot that came back off the Dutchman’s shoulder.

Dani Ceballos also hit the post in a frantic finale, but Burnley held on for a point to edge seven clear of the bottom three.

Southampton are now 10 points clear of the relegation zone after easing fears they could be dragged into a battle for survival.

Ralph Hasenhuttl’s men topped the table in November, but a run of one point from a possible 27 had them looking over their shoulders.

However, the Championship-bound Blades proved the perfect opponents for Southampton despite losing top scorer Danny Ings to an early injury.

James Ward-Prowse’s penalty opened the scoring just after the half hour mark before Che Adams registered his first goal in 17 games with a blistering strike into the top corner on 49 minutes.

Sheffield United remain 12 points adrift of safety with just 10 more games to save themselves.