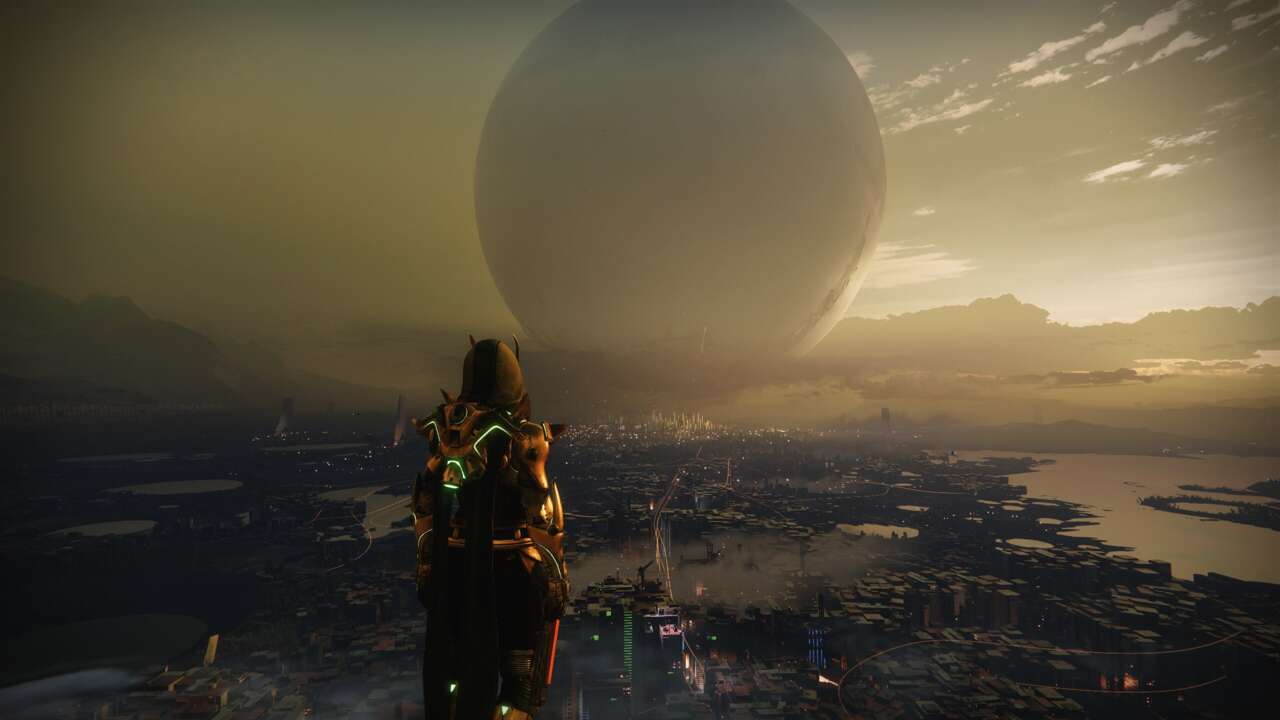 Five Years Of Reporting From The Last City – Iron Banter: This Week In Destiny 2 – Sportsdicted

Just about every week brings something new to Destiny 2, whether it’s story beats, new activities, or interesting new combinations of elements that let players devastate each other in the Crucible. Iron Banter is our weekly look at what’s going on in the world of Destiny and a rundown of what’s drawing our attention across the solar system.

The story of Destiny 2 is one of evolution. Though the core of the game has always existed as it does now–it’s about shooting aliens, and the shooting of aliens is very satisfying–just about everything else that facilitates the shooting of aliens has undergone massive changes. Both on purpose and by accident, I’ve been covering Destiny 2 throughout the whole of its life, and I’ve been witness to every adjustment, iteration, change, expansion, season, and hotfix since its release.

There are very few games like Destiny, if there are any at all. I’ve never seen a game go through so much invention and reinvention, or to spend so much time discovering its identity and to grow into it so well. I’ve also never had a game stick with me to the degree that this one has. I haven’t always liked Destiny 2 over the course of its history, but I’ve always been impressed by it–its scope, its ideas, its ambition. In the second half of its life in particular, I think Destiny 2 has finally become the game that Bungie pitched all the way back in 2013.

It is both the month of Destiny 2’s five-year anniversary and my final Iron Banter column as I move on from GameSpot and games journalism, and I’m considering the big picture of my time covering Destiny 2–a big chunk of my career, as it turns out. And I think it’s that evolution that has made sticking with Destiny 2 worthwhile across the last five years. It can be easy to forget the way things used to be–it’s why we chronicled some of the biggest changes the game’s undergone in the last five years–and in that way, it can be easy to lose track of the ups and downs of the past, and of how far Destiny 2, the game’s community, and Bungie have come during that time.

Discussions I have about the past of Destiny 2 are always weird ones. Elements of the past that were frustrating and derided at the time are remembered fondly; stronger moments of the game’s history are similarly thought of as being weaker than they were at the time. Destiny 2 is a hard game to pin down, especially through the drifting haze of memory, and that’s made worse by the way it is talked about at times. Ideas and interpretations become commonly accepted among Destiny’s big, robust, very active community, and that colors the way things are perceived over time.

For instance: the Red War campaign. A conversation I had this week with GameSpot’s David Ahmadi went through the gamut of our feelings about Destiny 2’s vanilla story. I look back at it fondly, mostly because I felt like it was a big improvement over the storytelling in the Destiny 1 era, while also being a campaign that did much to introduce the world and the characters, while also advancing those elements in important, interesting ways. David remembers a seesawing tone, too many goofy Cayde-6 moments, and a dearth of content. And I’d say both things are true; I think we’re both right.

There are very few games that exist in a context like this–very few games have history like Destiny 2. Among video games, it’s unusual to have this shared experience that we all remember a little differently, and constantly discuss and remake through our interactions with one another. If I had to pin down the one reason why I’ve spent so much time paying attention to this one game, and why I’ve come around to being a (big) fan when I once actively disliked Destiny, this is it. What makes Destiny 2 fascinating is that it’s more than the sum of its parts. It’s more than the stories it tells, the content it includes, the shooting of aliens that makes it fun, and the community that surrounds it.

It feels strange to have so much shared history around a single video game, to have it occupy so much space. The gravity of it, though, suggests to me that history is worth preserving, and that’s something I hope Bungie makes an effort toward in the future. It’s not just frustrating that new players can’t experience the old content of Destiny 2–it’s that we can’t revisit that history. It’s difficult to see where we’ve been in order to understand how we’ve gotten to where we are.

But still, that’s a mark of what draws me to this game: its evolution. There’s something meaningful about the fact that there are Destiny moments you can’t get back, that happened and are now gone. In some ways, it elevates the experience beyond that of just another entertainment product. I know a lot of players struggle with the “fear of missing out,” or are annoyed that they can’t visit the beginnings of the game. But I think what has made Destiny 2 special over the last five years is the fact that it will never be what it was. Preserving history is important as a means of looking back, but the real power of the game itself is that it has changed and can change. It can be more than it is, and we can go along for that ride and contribute to it.

That’s something I hope Destiny 2’s creators and its community keep in mind going forward. The frustrations are fleeting, but what’s special about this thing is that we’re all here, watching it change, taking part in those changes, and maybe changing with it. I’ve spent a lot of time with a lot of video games, but none of them has felt like Destiny 2, both in its ups and its downs. Waiting to see where the game might go next, and what its community might become as it goes wth it, are the reasons I’ve hung around for the last five years. And though I might not be covering Destiny 2 or video games anymore, they’re the reasons why I’m not going anywhere.

All The Free Games For Xbox, PlayStation, PC, And Switch (September 2022) – Sportsdicted