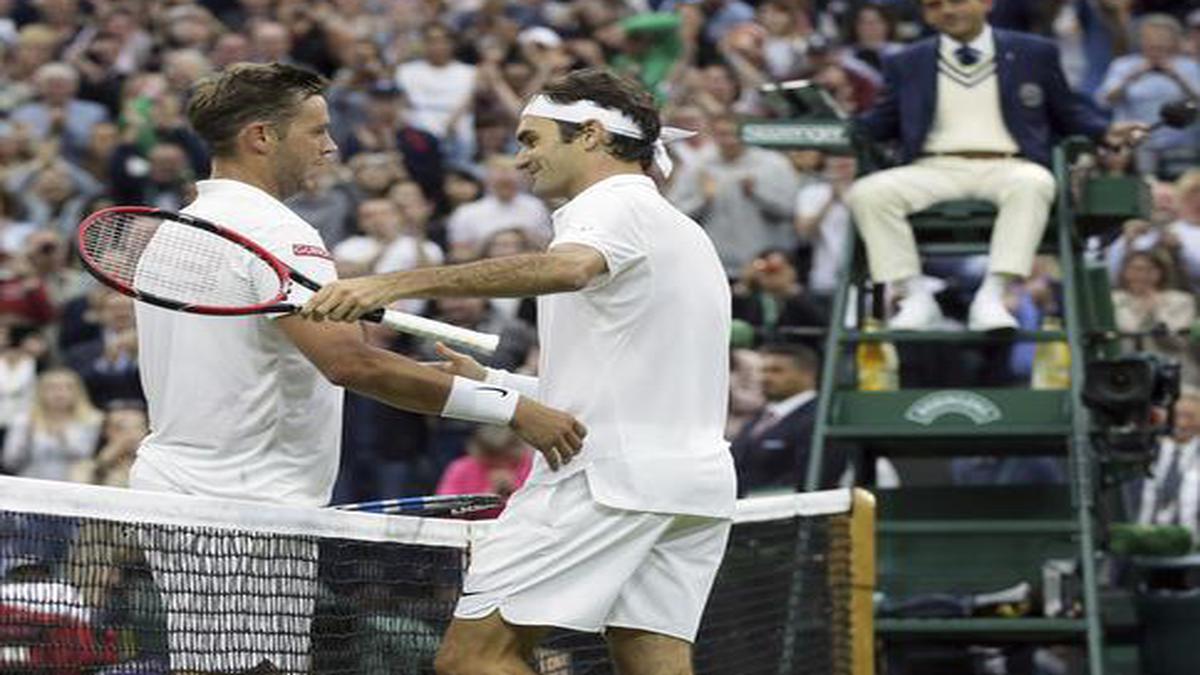 Marcus Willis, the Everyman’s everyman who was ranked 772nd when he faced Roger Federer at Wimbledon in 2016, is ending his playing career and will focus on coaching tennis to help kids learn “that anyone can live the dream.” The 30-year-old from Britain announced his retirement from professional tennis via a post on Twitter on Thursday.

Willis earned his Warholian 15 minutes of fame — well, for the record, the match lasted 1 hour, 25 minutes — when he lost to Federer on Centre Court at the All England Club in the second round five years ago.

At the time, Willis was living at home with his parents and earning USD 40 per hour giving tennis lessons at a club in central England. In his straight-out-of-a-screenplay stint on his sport’s most hallowed patch of grass, Willis wore a white shirt made by Federer’s apparel sponsor and bearing the gray initials “RF” on the left sleeve.

Federer’s take back then: “This story is gold.”

On Thursday, Willis celebrated the most memorable point of that contest by linking to a YouTube clip of the 14-stroke exchange in which he slipped on the turf but gathered himself and eventually produced a lob that curled over Federer and landed in.

“I’ve made more mistakes than I can remember, on and off the court and learned from them. I’m beaming with pride and I’m proud that I found my path to The All England Club main draw in the craziest and toughest way possible,” Willis wrote.

“I’ve played the greatest player of all time at the greatest tournament on the greatest court and I know I worked tirelessly to make that dream come true,” his post said.

Willis exits the scene with a 1-1 record in tour-level main-draw matches: That encompasses his 6-3, 6-3, 6-4 victory over Ricardas Berankis in the first round at Wimbledon five years ago, and his subsequent 6-0, 6-3, 6-4 loss to Federer, whose 20 Grand Slam singles titles are tied with Rafael Nadal for the most by a man in the sport’s history and whose 310 weeks ranked No. 1 are tied with Novak Djokovic for the most in ATP history (until Monday, when Djokovic will break the record).

Just to get to that match against Berankis, though, the left-handed Willis needed to win a trio of matches in qualifying rounds, which included victories over a pair of guys ranked outside the Top 200 and unknown back then but residents of the Top 10 these days: Daniil Medvedev — who has since become a two-time Grand Slam runner-up — and Andrey Rublev.

And just to get to that segment of qualifying matches, Willis needed to win three earlier matches in a special playoff set up for low-ranked British players. A year later, Willis was beaten in the third round of Wimbledon qualifying and never made it back in singles. He did get to the third round of doubles with Jay Clarke in 2017.

According to the ATP website, Willis has not competed in a sanctioned event since a first-round loss in qualifying at a lower-tier Challenger tournament in Nottingham in June 2018.

“There comes a point where I have to listen to … myself and consider the future of myself, my wife and children, who have been extremely supportive on my journey,” Willis wrote. “It wasn’t an easy decision to make, but it’s 100% the right one. It’s time to say Game, Set and Match.”

He said he’ll record his podcast, “What you talking about Willis?” and plans to become a certified coach with an eye to “motivating the next generation and showing them that anyone can live the dream.”