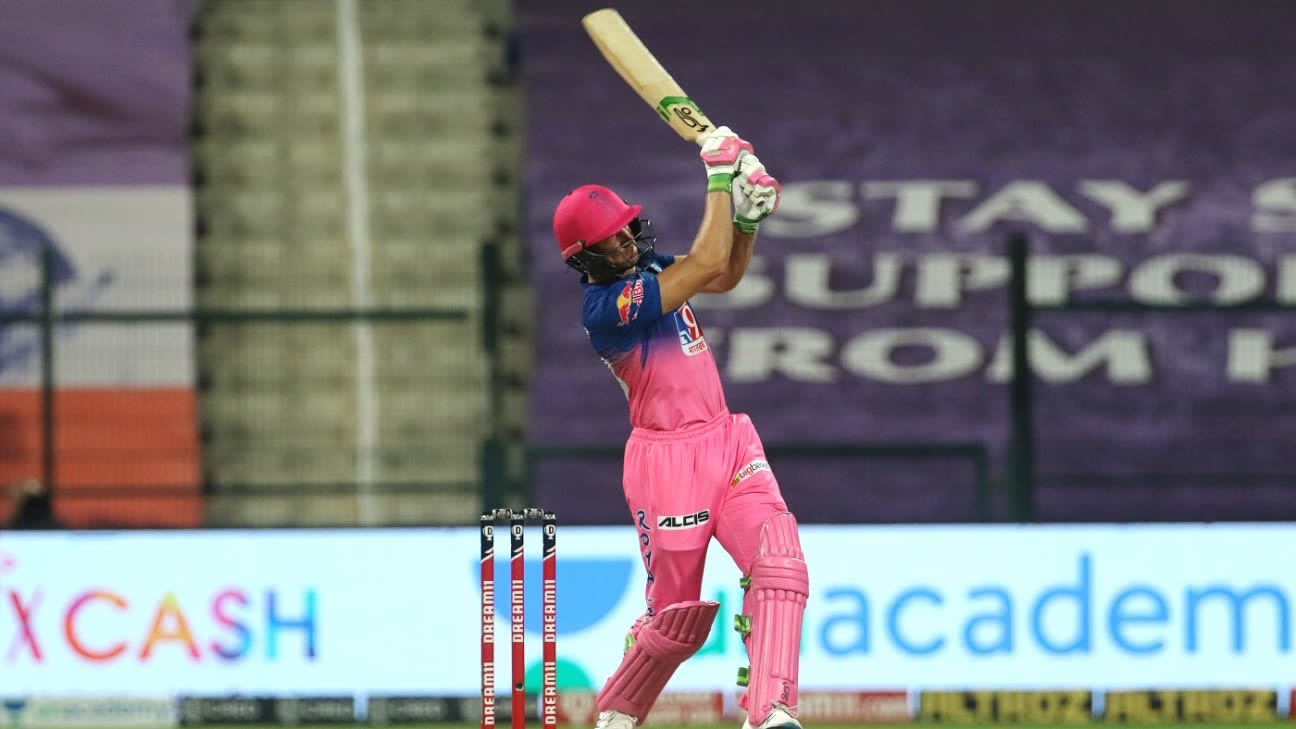 Jos Buttler has admitted it would be “bittersweet” to miss the start of England’s home summer in order to play in the knockout stages of the IPL, and said that the prospect of having to choose one over the other has left him in a “far-from-perfect situation”.

England’s home season will begin with a Test against New Zealand at Lord’s on June 2, three days after the final of the IPL on May 30. While it is not yet clear whether England’s multi-format players would be able to appear in both competitions, the ECB has told them they will be able to stay in India until their involvement in the IPL has come to an end.

Buttler, a key player for Rajasthan Royals since he was signed ahead of the 2018 season, admitted that he had considered opting out of the IPL, but emphasised the positive impact that players’ involvement in the competition has had on England’s limited-overs sides and defended the ECB rest-and-rotation policy that saw him fly home for the final three Tests of the recent series in India.

“I completely understand certain people will have an opinion one way and certain people another way,” Buttler said. “All I can say is the IPL has had an outstanding effect on English cricket so far and the individuals involved in it.

“It makes it a tough decision. Of course the schedule at the moment is very tough and there is no perfect balance to it. The ECB and the players work very closely together to try and manage that, so is there a perfect answer at the moment? No. And certainly not in the times we are operating in at the moment.”

Buttler confirmed that he is likely to miss the first Test against New Zealand if Rajasthan reach the latter stages of the competition – the group stage ends on May 23, so players whose teams do not make the knockouts should be available – but said that the fact the Tests had been added to England’s calendar late in the day had been a major factor in the clash.

“Those New Zealand Tests have been added to a very busy schedule quite late on,” he said. “It’s always going be bittersweet if you’re missing games with England or whatever opportunities you are missing, but we don’t know how far players are going to get into that tournament [the IPL] or if you’re actually going to miss them.

“The ECB have said it looked like if you were involved in the IPL you’d be staying. I think that agreement was probably in place before the NZ Tests were announced. I think the ECB are keeping consistent with where they were at before those games got put in the schedule.”

Buttler also said that he had no objections to the prospect of Alex Hales being recalled to the side following his two-year absence from international cricket, sparked by a second positive test for recreational drugs shortly before the 2019 World Cup.

Ed Smith, the national selector, hinted last month that Hales might be reintegrated into the squad during the summer, and Eoin Morgan, England’s captain, echoed his comments in an interview with the Times on Monday.

“My view on that has always been that the trust that Alex has lost will take time to rebuild and one of the issues we have had around having players who would either be trying to get into the side or wanting to come in and us have a look at them in and around training, hasn’t been possible around Covid,” Morgan said.

“Trying to integrate players in that sense hasn’t been possible during this period. It’s looking like by the time we get home for the international summer the restrictions might be eased so that for the process of getting guys in and around the squad, there could be an opportunity to do that. There is a chance that he might be around the group and that opportunity might be there.”

Buttler said: “I’d be fine with that. We were all disappointed with how that episode played out. As Eoin has talked about a lot of the time, there’s an element of trust that needs to be rebuilt. He’s said it’s harder to do that in this day and age: it’s harder to get people in and out of teams and environments. I’m sure when the time is right Eoin will talk to Alex and the selectors. We all know what a brilliant player he is, so if he can be reintegrated into the side and is playing well and warrants selection I’m all for that.

“I think everyone is pretty grown-up and if there were ill feelings, [they would be] nothing that couldn’t be sorted out with some man-to-man conversations. The white-ball side has been together a long time and Alex was a huge part of that for a long time. I’m sure a lot of the guys stay in close touch with him. I don’t foresee there being problems and if there were then they could be sorted out.”