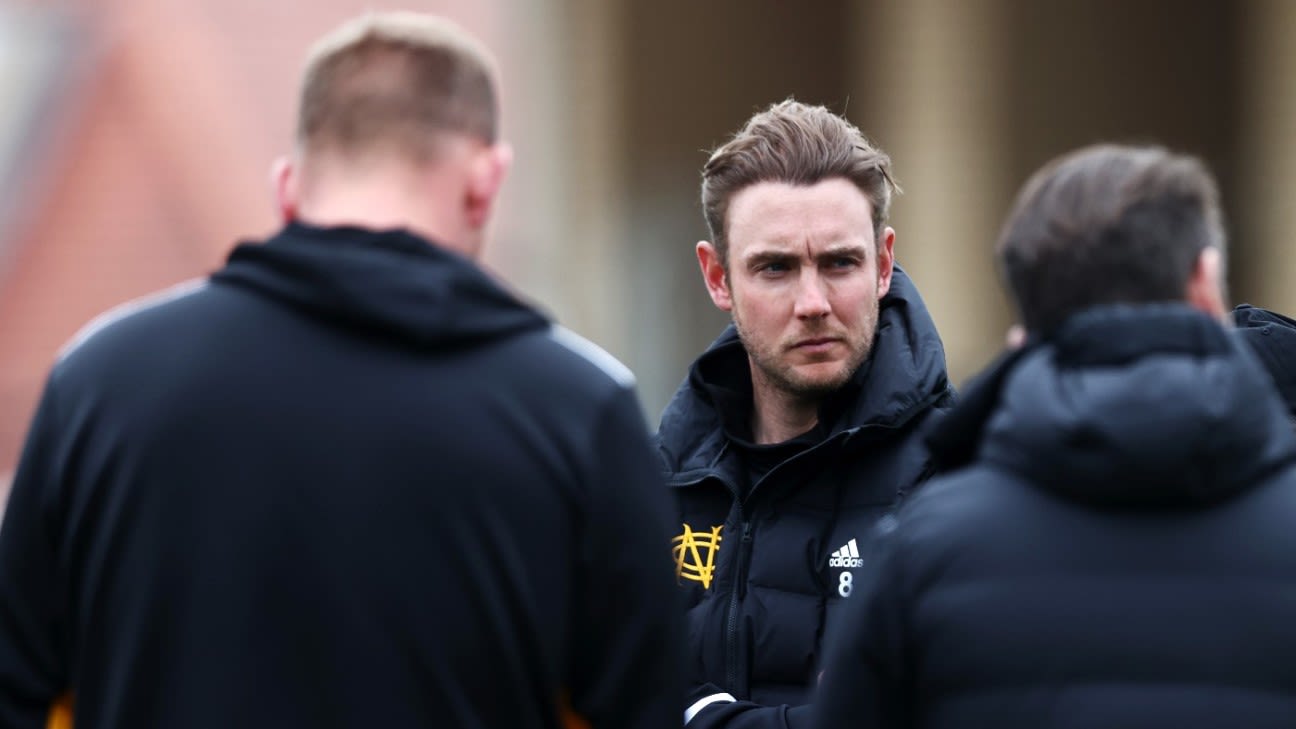 Stuart Broad has “found his rhythm” ahead of England’s upcoming Test series against New Zealand, according to his Nottinghamshire head coach Peter Moores.
England confirmed this week that Broad – along with his long-time new-ball partner James Anderson – had been recalled to their squad for the first two Tests against New Zealand after their shock omission for the series defeat in the Caribbean.

He has eased himself back into bowling after a long break following the Ashes, playing three games in the County Championship for Notts in the last month, all of them at Test grounds – two at Trent Bridge and the other at Lord’s, the venue for the first Test on June 2.

Broad has taken 11 wickets at 24.09 and chipped in with some quick lower-order runs, and Moores said that he will go into the Test series “in great shape”.

“Stuart has done really well in his three matches for us,” Moores said. “He has done what you would expect from an international bowler. He gets better with every innings he plays, he has found his rhythm, which always takes a little bit of time – and he hasn’t played since January.

“He has done what Stuart does: he leads the attack, he’s great to have around the lads, he’s a brilliant team man. I think he goes into those Test matches in great shape.

“He has got some overs under his belt, he has bowled on flat pitches, which is what Test match pitches are like, and he will go along to the first Test feeling he can start his summer off, and England’s summer off, with a real bang.”

‘We’ve been the best so far, now we must be the best again’ – Pioli challenges Milan – Sportsdicted

Despite their recent run, Bairstow