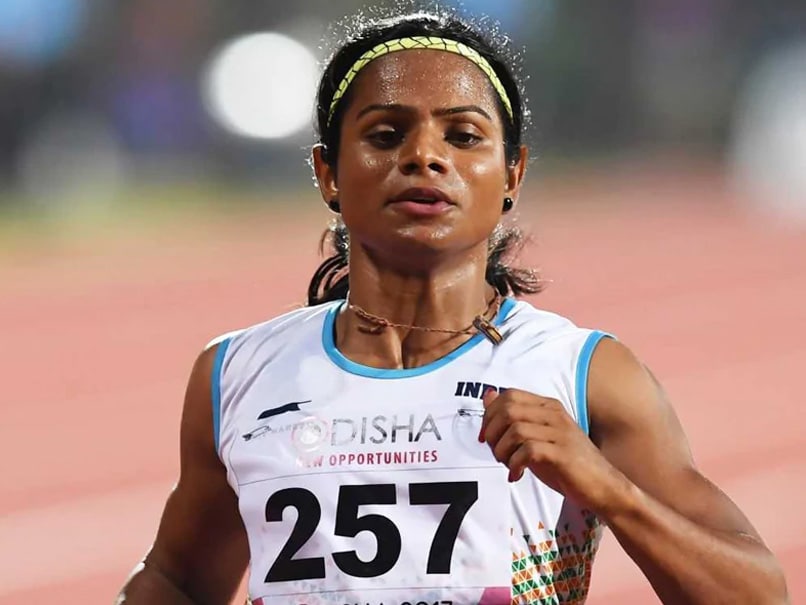 
The lone athlete to start outdoor training after relaxation in lockdown guidelines, sprinter Dutee Chand only has the “eerie silence” of the stands for company as she tries “to wake” her body up at the Kalinga Stadium in Bhubaneswar. The 24-year-old Dutee began outdoor training on Monday after the Odisha government gave permission as per relaxed guidelines for COVID-19 lockdown’s fourth phase, stepping out for the first time on a synthetic track in two months.

She was in Patiala to take part in the season-opening Indian Grand Prix on March 20 but the event got cancelled due to the pandemic and since then Dutee has been confined to her room at the Kalinga Institute of Industrial Technology, though she was allowed to use the gym there.

“After two months, I am training outdoors and it is a very nice feeling to experience the air while running on the track. For a track athlete, there is no better feeling than this. At the same time I am also experiencing an unusual feeling,” Dutee told PTI.

“Normally, there are a lot of trainees at the hostels inside the Kalinga Stadium complex but all of them have left for home due to this pandemic. So, I am the only one training at such a big stadium. It is unusual, to experience this eerie silence,” said the Asian Games silver-medallist in 100m and 200m.

Another top athlete from the state, sprinter Amiya Kumar Mallick also trains at the stadium but only after Dutee ends her daily stint. This has been done to avoid simultaneous training of two athletes.

“I start training at 6am and wind up at 8am. He comes just before 8am. So, we hardly train together. In the evening, I do another one hour training from 7pm,” said the 100m national record holder.

The reigning World University Games champion said as of now she is loosening up the muscles which were tightened by the confinement of the two months. She said it will take some time to start full running on the 100m track.

“The muscles are tight now, so I am just loosening them up. I have to wake up my muscles. It will take at least two months to be in full speed,” she said.

“My coach (N Ramesh) is on video call during my training and he tells me what to do and I follow his instructions.

“The tougher training drills like 1km repeat run will take some time and I cannot do it soon. If I do that I will get injured. I have no coach and no physio with me, so I have to be careful.”

Her coach Ramesh is currently at his home in Hyderabad and he cannot be with Dutee due to the lockdown. She was earlier given a physiotherapist by the Odisha government but he has also returned to his home in Mizoram.

Her aim is to maintain a certain degree of fitness and form this season and plan some foreign training and competition stints next year to qualify for the Tokyo Olympics.

“I have started training but there is uncertainty all around. I will take part in the national events planned by the AFI in September-October. These events are also tentative.

“The Olympic qualification period is suspended till the end of this season and there is no point going all out. I want to qualify for the Olympics as soon as possible next year. After that, I want to do my best in the Games in Tokyo.”

Dutee holds the national record of 11:22 seconds in 100m while the Tokyo Olympics qualification time is 11:15 seconds.