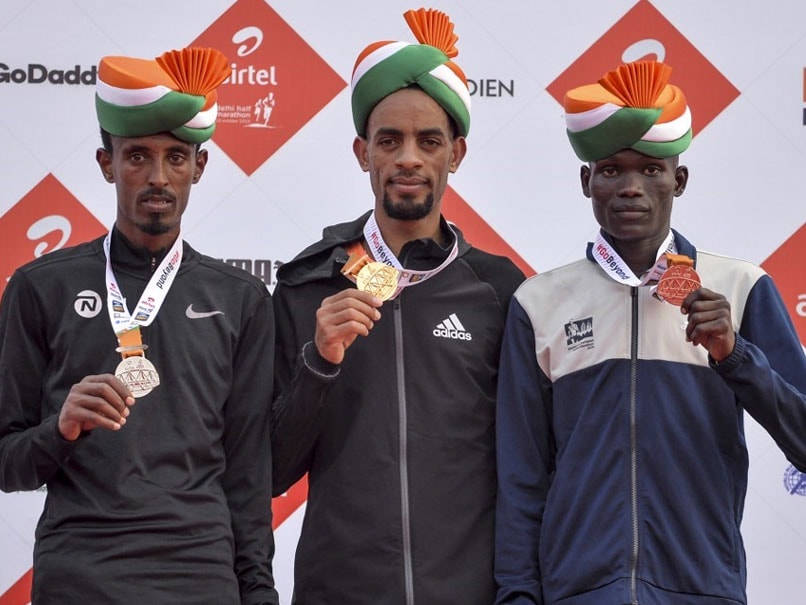 
Defending champions Andamlak Belihu and Tsehay Gemechu retained their respective men’s and women’s titles at the 15th Delhi Half Marathon on Sunday. Ethiopia’s Belihu clocked a timing of 59:10 to defend his title at the Jawaharlal Nehru stadium, while Gemechu broke her event record and also produced her personal best with an impressive 66:00. Belihu, who had won the prestigious IAAF Gold Label Race last year with a time of 59 minute 18 seconds, finished ahead of fellow Ethiopian Solomon Berihu, who clocked 59:17. Kenya’s Kibiwott Kandie finished third in the men’s race with a timing of 59:33.

Belihu missed the course record by just four seconds, which was set by Ethiopia’s Guye Adola (59.06), in the 2014 edition.

“I know I missed the course record. So I am a bit disappointed but overall it was a good race. So I am happy,” said Belihu.

“I am looking forward to running a few marathons and half marathons but it all depends on my training and I need to discuss with my coach to take a call.”

Gemechu, who had scored a personal best of 66:50 to set a course record last year, said: “I broke the course record and I am happy that I could achieve it. I was tired after Doha. But I wanted to win in Delhi. I am very happy. It is also my personal best.”

Among Indian men, Srinu Bugatha claimed first position with a timing of 1:04:33, while Suresh Patel and Harshad Mhatre claimed the second and third place with timings of 1:04:57 and 1:05:12 respectively.

Sports minister Kiren Rijiju flagged off the race in the presence of International Event Ambassador Carmelita Jeter and others.