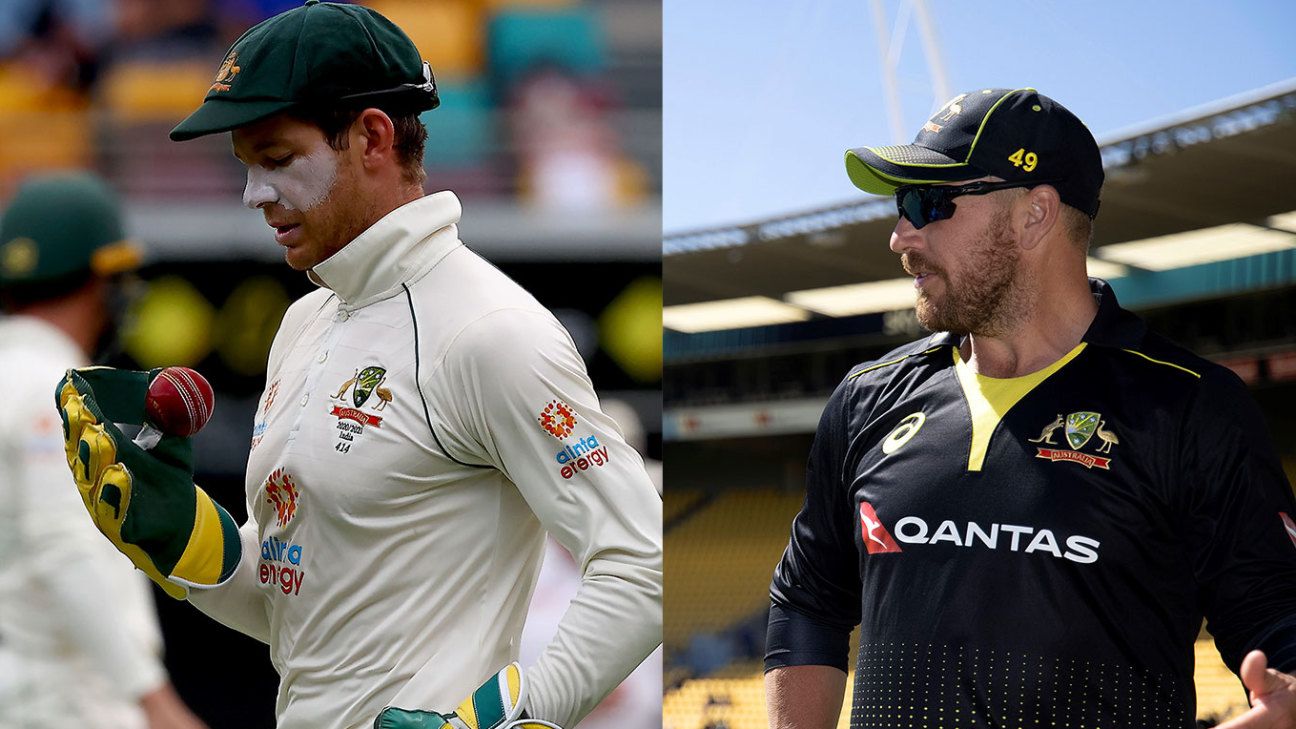 A couple of pummeled sixes from Glenn Phillips, depositing Adam Zampa’s leg breaks well into the outer of the Cake Tin, brought Australia’s men’s international season to an end with a thud. This was not unfitting, since much of the preceding six months had been similarly brutal in terms of exposing where the national team actually sits in the global order, as opposed to where its players, coaches and selectors thought it did.

Two ODI series wins, over England away and then India at home a long way out from the next 50-over World Cup, were all the teams led by Aaron Finch and Tim Paine and coached by Justin Langer had to show for an enormous amount of time cooped up in biosecure bubbles in England, Australia and New Zealand. The frustration of missing the World Test Championship final, a path effectively set by Cricket Australia’s withdrawal from a scheduled tour of South Africa, compounded plenty of questions about losing a home Test series to India for the very first time.

There is, at the base of it all, no more illusion about this being an Australian set-up forging a quick path back to the top of the world after the ignominy of 2018. The return to a more respected place in world cricket made some progress up to 2020, but in performance terms the past summer has seen the national side take rather more steps backward than forward.

And in a T20 World Cup year, series defeats to England, India and lastly New Zealand underlined in bold print how a decade of the BBL has brought plenty of fresh revenue to the game but also taken the Australian short-form team little closer to lifting the one ICC event to always elude them.

The fact that Australia’s one and only appearance in the T20 World Cup final arrived as long ago as 2010 in the Caribbean (back when such events stood a chance of being hosted outside India, England or Australia) means there is now a generation of players with little idea of what international T20 success on the biggest stage actually looks like.

There was, of course, much valuable knowledge to be gleaned from the New Zealand series, especially for how the touring team were shorn of many of their best options due to the parallel scheduling of the South Africa tour and then the decision not to merge squads once that trip was called off. These constraints exercised the minds of a touring management led by Langer’s senior assistant coach Andrew McDonald but also the selector-on-duty George Bailey and sometimes coach Trent Woodhill.

For Josh Philippe at the top, the series brought some sobering truth about how much more his game will need to be grooved for dealing with bowling of international class: Trent Boult’s ability to swerve his second delivery through the 23-year-old’s crooked attempted drive in the final game was a useful microcosm of this. Similarly, the glimpses shown by the likes of Marcus Stoinis with the bat and Daniel Sams with bat and ball still need refinement, particularly the former’s adaptation to middle-order roles as opposed to the opening slot he commands for the Melbourne Stars.

Though he did not have a great series overall, Matthew Wade‘s ability to swing momentum with his muscular hitting appears to have kept him ahead of Philippe and Alex Carey in the reckoning for the gloveman’s berth leading into the World Cup, although Josh Inglis’ abilities should not go unnoticed. Less was learned about Ashton Agar‘s ability to hold a spot in the top seven of the batting order, although his increasingly wily left-arm spin now looks assured of a place in most starting XIs.

Ashton Turner, flying home early to become a father, and Ben McDermott were both unable to get a chance for consideration in the middle order, leaving the same old questions about a squad replete with T20 openers but few specialist role players for the later overs. Mitchell Marsh was one member of the team who will be ruing his inability to leave at least one striking memory in the minds of the selectors.

In the pace department, Riley Meredith was at least able to do this by twice dismissing Kane Williamson, although in terms of variety and movement he remains an unfinished work of fast bowling art. Nevertheless, he now looks to be the clear firebrand backup to Mitchell Starc’s pace, while Jhye and Kane Richardson both offered moments for reminders of why they will likely be chosen in a full-strength bowling squad.

Most important, arguably, was Finch’s return to some semblance of run-making poise, shaded only by Martin Guptill in the overall series aggregates and so shoring up his leadership at a time when captaincy debates are emerging once more. “When you’ve been around long enough, if you look at my career I probably ride the highs and lows, my highs are pretty good and my lows get pretty low at times, but I think as a person I stay the same, my mindset stayed pretty similar, it was just one of those things.

These conversations have largely revolved around Paine and the Test side following the loss to India, in which Australia were unable to make the most of their home ground advantage and far fewer injuries relative to India, thus opening questions about other ways in which the team might be dysfunctional.

Critiques arrived for Paine and Langer in turn, with the senior coach left mortified that reservations among the players were not brought to him in private before surfacing in the public sphere. It is difficult to see Paine carrying on beyond next summer’s Ashes – his deputy Pat Cummins has now begun to gain captaincy experience with New South Wales – while Langer’s contract expires in the first half of 2022, and Finch has set himself to carry on until the next ODI World Cup in India in 2023.

All these junctures appear a long way off without the resolution of internal issues and a quick return to better and more focused performances in the Test and T20 arenas, all the while appreciating there are only a couple of countries better resourced than Australia. A T20 World Cup and an Ashes series are looming, before the challenge of Asia presents with series against Pakistan, Sri Lanka and India in the following 12 months – tough assignments for a confident set-up, let alone the currently uncertain one.

Max Young: How He Built His Bankroll And Broke Through As A Live Poker Tournament Player