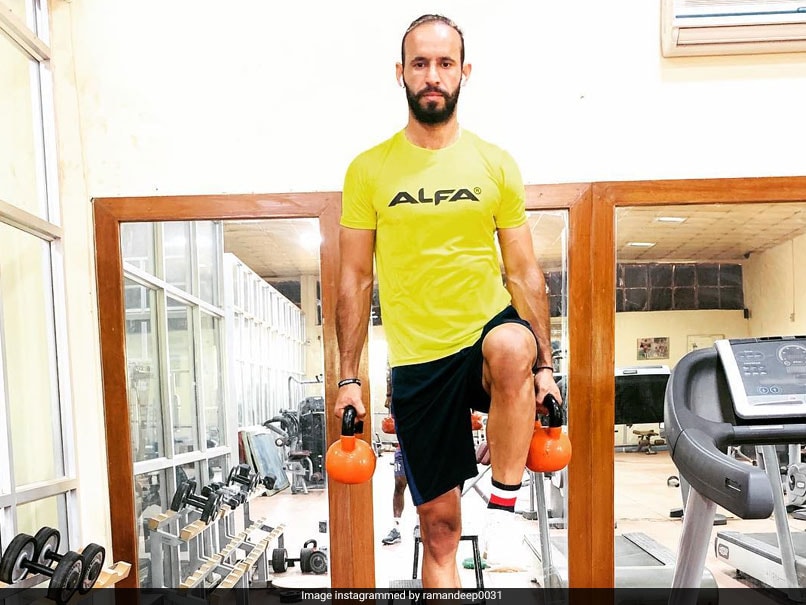 
Indian hockey players, who have been spending time some away from the sport, are doing some basic training at their home to keep up their fitness level despite the break. The men’s and women’s teams are enjoying quality time with their families for a few days after being given a month-long break on June 19. The women’s group was at the Sports Authority of India campus in Bengaluru since February for the national coaching camp, while the men’s side arrived in Bengaluru in the first week of March.

All the athletes will be recalled on July 19 to resume sports activities as part of their preparations for the Tokyo Olympics next year.

The men’s team forward Ramandeep Singh said he will be taking rest for a few days before resuming his fitness training at home.

“It’s been great to be back at home after a long camp. I have spent quality time with my family while taking rest at home. Our Scientific Advisor Robin Arkell has given us a few directions about how we should carry out our fitness training here. I will start doing some basic exercises which require minimal equipment such as push-ups and crunches from next week onwards,” said the 27-year-old.

Midfielder Vivek Sagar Prasad said that the team’s Scientific Advisor has suggested a training plan which focuses on the lower back and hamstring.

“It’s important to continue focussing on our fitness at home as well. Robin has suggested a training plan which focuses on our lower back, hamstring and all the parts in our body which are important for hockey. The exercises in the fitness schedule will help keep our important body parts strong and healthy,” said the 20-year-old.

The Indian women’s forward Navjot Kaur expressed that the entire side will be focusing on strength training and hockey-specific muscle groups during their break at home.

“During our stay at home, we will be focusing on strength training and hockey-specific muscle groups. We worked very hard on our fitness during the lockdown and we will definitely continue to work on it at home as well. We can certainly use this time to improve our strength and endurance,” said the 25-year-old.

Defender Gurjit Kaur added that the team will be also doing some exercises which they carried out during the lockdown at the SAI campus.

“We got used to carrying out our fitness schedule in our rooms in the past few months. We will certainly carry on with push-ups and crunches at home as well. Since I have come back home after a long time, I am taking rest for a few days. I will start my fitness training in a week’s time. We have been directed to focus on our strength training during this period,” Gurjit said.