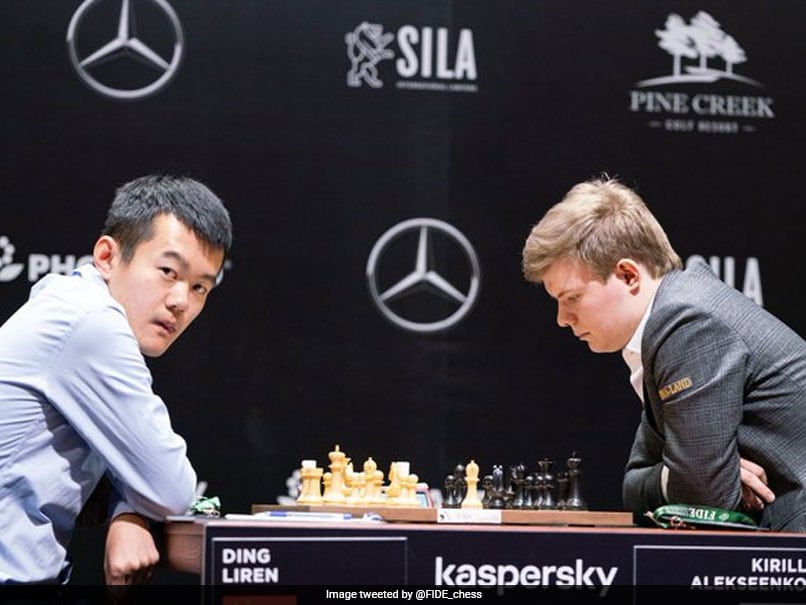 
The world governing body of chess (FIDE) on Thursday stopped the Candidates tournament in Yekatrinburg, Russia at halfway stage after the hosts decided to ban all flights into and out of the country owing to the spread of the coronavirus pandemic. The prestigious tournament was stopped after seven rounds. The eighth round was scheduled to be played on Thursday. “Today, the government of the Russian Federation announced that starting March 27, 2020, Russia interrupts air traffic with other countries without indicating any time frames,” FIDE president Arkady Dvorkovich said in a statement.

“FIDE can not continue the tournament without guarantees for the players’ and officials’ safe and timely return home. In this situation and on the basis of clause 1.5. Rules of Candidates Tournament, the FIDE President decided to stop the tournament.”

Eight players fight it out in the Candidates tournament to determine the worthy challenger for world champion Magnus Carlsen.

FIDE said the tournament would be continued later, in the same composition starting with the games of the eighth round.

“It will be continued later, with the exact dates to be announced as soon as the global situation related to the COVID-19 pandemic will allow.

“As it was stipulated by the special rules agreed with the players before the start of the event, the results of the 7 rounds played remain valid, and the tournament will be resumed in the same composition starting with the games of the 8th round.”

FIDE said it was grateful to the players, officials, volunteers and the entire team of organisers, including the Chess Federation of Russia and the main partner of the tournament – SIMA-Land.

France’s Maxime Vachier-Lagrave and Russian Ian Nepomniachtchi would go into the second half of the event leading by a full point on 4.5 points from seven rounds.

The decision to conduct the tournament despite the spread of the deadly disease across the globe had come in for criticism from many, including former world champion Vladimir Kramnik.

Indian chess legend Viswanathan Anand, who is stuck in Germany due to the travel restrictions imposed in the wake of the Covid-19 outbreak, was doing online commentary for a chess website for the tournament.