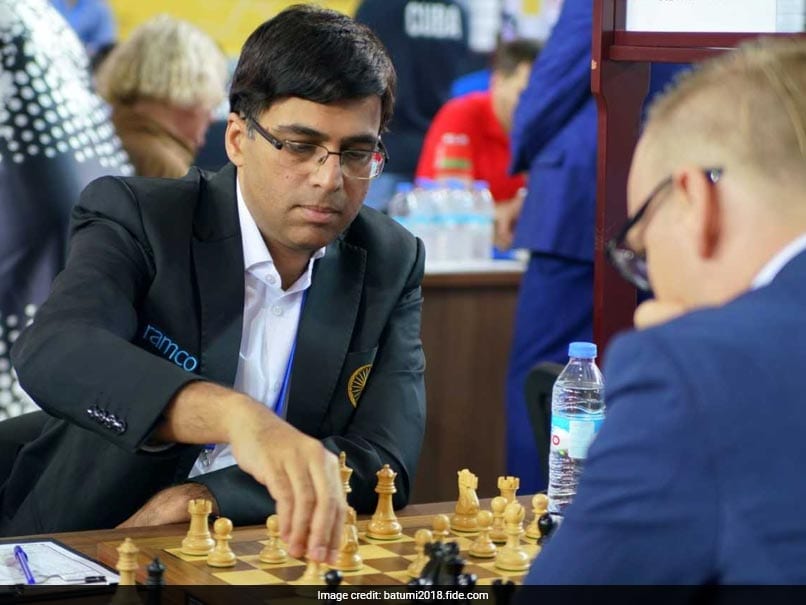 
The Indian team in the open section, after some labouring, beat lower-ranked Egypt 2.5:1.5 in the 43rd World Chess Olympiad at Batumi, Georgia. With two wins, one draw and a loss, the Indian team managed to beat the Egyptians 2.5:1.5. Meanwhile, the Indian women drew with the Georgian team 2-2. In the men’s Open section, the two wins were contributed by P. Harikrishna and K. Sasikiran on the second and fourth boards, and on the top board former world champion Viswanathan Anand. Playing on the second board, Harikrishna gained positional advantage early in the game and sustained the pressure on Ahmed Adly to score India’s first win in the round in 42 moves.

With this victory, Harikrishna broke the last three rounds of draw spell.

Similarly, Sasikiran did not face much problem against Adelrahman Hesham on the fourth board to score a full point after 56 moves.

On the top board, former world champion Viswanathan Anand, having first-mover advantage with white pieces, drew against Bassem Amin in 35 moves.

This was Anand’s second consecutive draw at the Olympiad in Georgia.

It was young Vidit Santosh Gujrathi, playing white, who went down in 56 moves to Adham Fawzy.

For Tania Sachdev, this was the first draw in six rounds that she has played after winning all the previous five games.