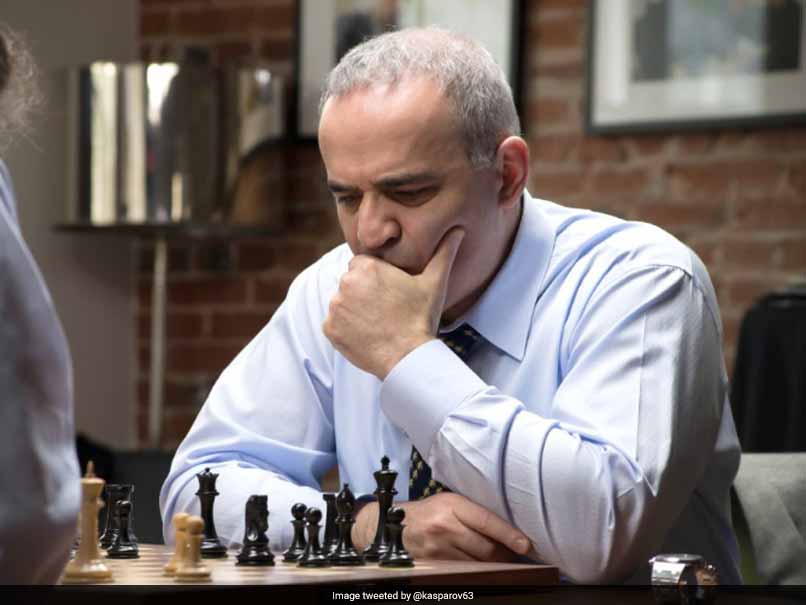 Chess Legend Garry Kasparov Back From Retirement For US Tournament


Former chess world champion Garry Kasparov is coming out of retirement to play in a US tournament next month, organisers announced on Thursday.

Kasparov, who dominated the game for more than 15 years, will compete against nine top players at the Sinquefield Cup in St. Louis, Missouri.

The former champion, who retired from professional chess in 2005, was given a wild card entry for the event’s Rapid and Blitz competition.

Current world No. 1 Magnus Carlsen of Norway will also play at the tournament, as will Hikaru Nakamura, ranked second in the world.

“Ready to see if I remember how to move the pieces! Will I be able to announce my re-retirement afterward if not?!,” Kasparov himself tweeted sardonically.

At 54, Kasparov is the oldest player in the field, followed by another legend, India’s Viswanathan Anand, 47, now ranked 12th in the world.

“Looks like I’m going to raise the average age of the field and lower the average rating!” Kasparov quipped.

In 1985, Kasparov became the youngest world champion ever, at 22, beating Soviet grandmaster Anatoly Karpov with an impulsive, energised and attacking style that instantly gave him rock star status in the world of chess.

Born in Azerbaijan, Kasparov has been described as “a monster with 100 eyes, who sees all”.

He quickly understood the interest in combining computers with chess and agreed to play against IBM’s “Deep Blue” supercomputer. Kasparov won the first match in 1996 but lost the second a year later.

Kasparov now lives in the United States after trying to run against Vladimir Putin in the 2008 Russian presidential election.

Experts include Kasparov in the modern game’s top players, but he himself once said US maverick Bobby Fischer, who dominated the game in the 1970s, was “the greatest chess player of all time”.