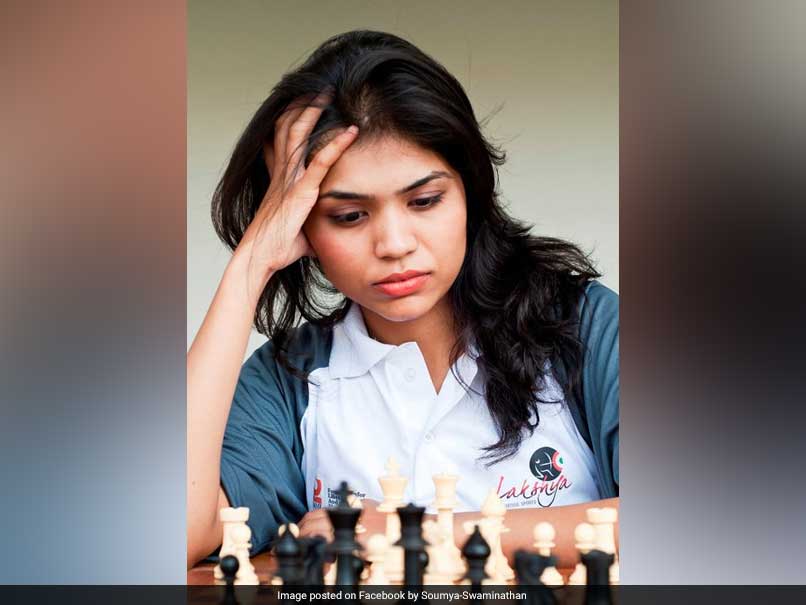 
The All India Chess Federation (AICF) on Wednesday backed Soumya Swaminathan on her decision to withdraw from the upcoming Asian Nations Cup Chess Championship 2018 in Iran. Soumya withdrew from the tournament as she does not want to wear a headscarf, said a top AICF official. “It is her personal choice and decision. We do not have anything against it. We will find a replacement for her,” AICF Secretary Bharat Singh Chauhan told IANS. “The world chess body’s (FIDE) stance is to abide by the local laws, culture and traditions. Similarly, AICF will also abide by FIDE’s stance. And players are free to take their own decision,” Chauhan further added.

Talking about the event, Woman Grandmaster (WGM) Vijayalakshmi Subbaraman said that it is Soumya’s personal decision and she respects her choice.

“It is Soumya’s personal choice. I respect that. She has not said anything against anybody or anybody,” Vijayalakshmi said.

Vijayalakshmi said even Saudi Arabia has similar rule – compulsory wearing of headscarf but had exempted that when the World Championship was held there in 2017.

“I had played in that tournament and did not wear the headscarf there,” Vijayalakshmi said.

Soumya opted out of the tournament because of the compulsory headscarf rule in the country which she said violated her personal rights.

She took to her Facebook page to say, “I find the Iranian law of compulsory Headscarf to be in direct violation of my basic Human Rights including my right to freedom of expression, and right to freedom of thought, conscience, and religion. It seems that under the present circumstances, the only way for me to protect my rights is not to go to Iran.”

She further said that the religious dress codes should not be imposed on players.