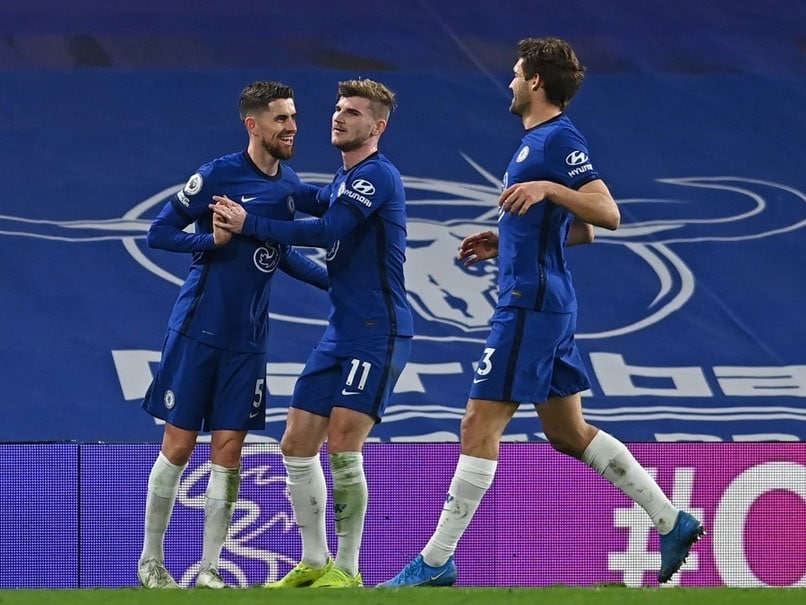 
Chelsea strengthened their hold on fourth place in the Premier League as Kai Havertz inspired a vital 2-0 win over Everton, while West Ham boosted their surprise top four challenge with a 2-0 victory against Leeds United on Monday. Havertz has endured a disappointing first season following his 70 million pounds (USD 96 million) move from Bayer Leverkusen last year. But the Germany forward was given a rare start by Chelsea boss Thomas Tuchel and he responded by playing the key role in both goals at Stamford Bridge.

Havertz’s shot was deflected into the Everton net for a Ben Godfrey own goal in the first half.

The 21-year-old has not scored in the league since October, but Tuchel entrusted him with an important role as Chelsea’s false nine and Havertz’s intelligent movement put him in position to earn the second-half penalty that Jorginho converted.

“I’m very happy with his performance, no doubt about his quality, his talent and also his character,” Tuchel said.

“He needs to adapt to the Premier League, he needs to be at a club where you play to win every game, where the highest standards are normal.

“That’s a normal process for him to adapt to this mentality.”

Chelsea are unbeaten in 11 games in all competitions — winning eight times — since Tuchel replaced the sacked Frank Lampard in January.

They are two points ahead of fifth-placed West Ham, who have a game in hand in a tense race to qualify for next season’s Champions League via a top four finish.

The Blues have kept nine clean-sheets under Tuchel and only their former Italian boss Maurizio Sarri, who went 12 games unbeaten, has enjoyed a better start with the west London club.

“If you share special moments and good results, this is the thing that lifts you up to the special performances you need,” Tuchel said.

“I can feel a strong bond between the players in the dressing room. I feel positive energy from everyone around the team. We need this to have a run like this.”

Sixth-placed Everton are four points behind Chelsea after their first away defeat since November.

“They played better than us,” Everton manager Carlo Ancelotti said. “Once they scored it was more difficult. We are disappointed, but not too much.”

West Ham’s unexpected bid to finish in the top four gathered pace with a confident dismantling of Leeds at the London Stadium.

Leeds boss Marcelo Bielsa might have known it wasn’t going to be his night when his side had two early goals disallowed.

Tyler Roberts’ effort was ruled out for offside against Helder Costa before Patrick Bamford netted from Raphinha’s cut-back, only for replays to show the ball had gone over the touchline before the cross.

West Ham took the lead in the 21st minute after Luke Ayling tripped Jesse Lingard in the area.

Lingard took the penalty and although Illan Meslier saved his shot, the on-loan Manchester United midfielder snapped up the rebound.

David Moyes’ side were battling relegation at this stage of last season.

But they have won four of their last six league games to leave Hammers fans dreaming of a place in Europe’s elite club competition.

“We are doing really well and having a good season. It could be a great season,” Moyes said.

“I’m not saying we will finish in the top four but we need to hang in and see what we can do.”

Chess Legend Garry Kasparov Back From Retirement For US Tournament