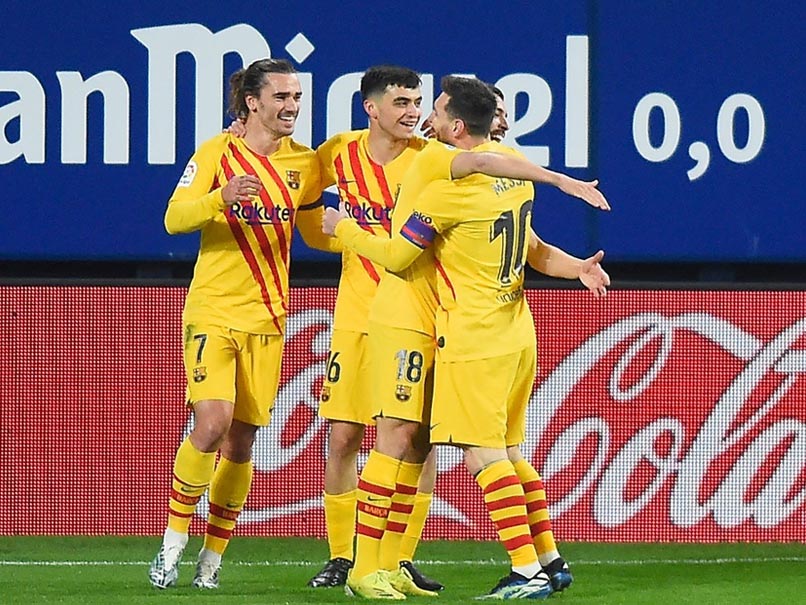 
Ronald Koeman insists Barcelona can pull off another incredible comeback against Paris Saint-Germain on Wednesday, especially if Lionel Messi plays at his sensational best.  Barca were thrashed 4-1 in the first leg of the Champions League last 16 last month but Koeman believes his team can repeat the ‘remontada’ of 2017, when they overturned a 4-0 defeat by PSG with an astonishing 6-1 victory.

“There is always a chance,” said Koeman in a press conference on Tuesday. “It depends how we start the game, the energy we put into making life difficult for them and how ruthless we are.

“They were ruthless in the first leg but we always create chances, so if we can be absolutely ruthless, nothing is impossible.”

PSG will also be without Neymar again in Paris after the club confirmed he is still suffering from a thigh injury.

“Neymar is one of the best players in the world,” said Barca midfielder Frenkie de Jong. “If he isn’t in front of you, it’s easier, of course.”

Despite scoring a penalty in the first game at Camp Nou, Messi was overshadowed by a statement performance from PSG’s Kylian Mbappe, who ripped Barcelona apart with a stunning hat-trick.

But Messi has been in good form with seven goals in his last seven games and Koeman believes his captain can produce something special to turn the tie.

“If Leo can play one of his best matches, everything is possible,” Koeman said. “He is the kind of player than can decide any match, at any time.”

Messi has been in the spotlight this week after Joan Laporta won the club elections to return as president on Sunday.

Laporta oversaw Messi’s breakthrough at Barca during his first term in charge and has expressed optimism about persuading the 33-year-old to stay.

“The new president has a history with Leo and other players in the team which is positive,” said Koeman. “I don’t know if it changes anything for Leo because only he can decide his future. “But of course everyone at Barca wants him to stay with us.

“The president won the elections by quite a distance and for the club it’s good to have a leader, to be able to work to improve the future of this club.”

Laporta also met with Koeman on Monday, amid an uncertain future for Barcelona’s coach given the change of regime.

“I know him, we have met a few times in the past,” said Koeman. “Everything depends on results but things have gone well so far. He said a few words to the players and staff and there was a good feeling.”

Koeman will have yet another problem to solve in central defence against PSG, with Ronald Araujo left out of the squad on Tuesday due to a reccurence of an ankle injury. Gerard Pique is also missing with a knee problem.

“We forced Ronald’s comeback a little and in the end he didn’t feel comfortable,” said Koeman. “If everything goes well he can be available (against Huesca) on Monday.”

Rio Olympics Bound Athletes Should be The Focus: Viswanathan Anand