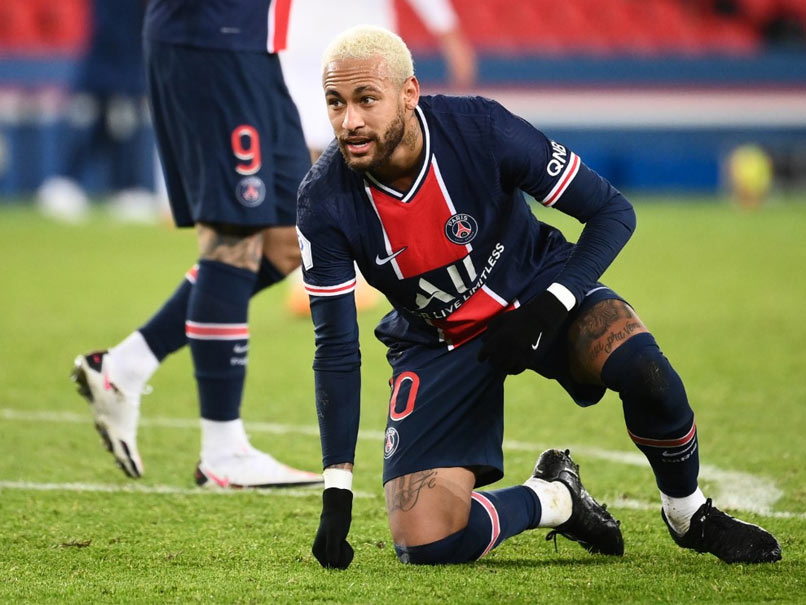 
Neymar will miss Paris Saint-Germain’s Champions League last 16 second leg against Barcelona on Wednesday after failing to shake off a thigh injury, the French champions confirmed. PSG said on Tuesday the Brazil attacker would continue to train individually and would be assessed again “in the coming days”.

“We have not had to make a decision, it is simply the state of fitness of a player, in this case ‘Ney’, who can’t make it,” coach Mauricio Pochettino said during a virtual press conference ahead of the game at the Parc des Princes.

“He is not fit enough to play a competitive game. This is just a reality, a fact.

The 29-year-old has not played since picking up the injury in a French Cup victory over Caen in early February.

He also missed the first leg of the Champions League tie at the Camp Nou, which PSG won 4-1 with Kylian Mbappe scoring a hat-trick, due to the issue.

That result puts Pochettino’s team in a strong position to qualify for the quarter-finals going into the return leg, although the former Tottenham Hotspur coach preached caution in front of the media.

“We still need to play a game of football, and be focused on that,” he said. “We have to attack and win the game. That is what we have prepared for.”

Pochettino added that Italy right-back Alessandro Florenzi could return after sitting out the last three games due to injury.

Moise Kean, who scored in the first leg, is still missing after testing positive last week for Covid-19.