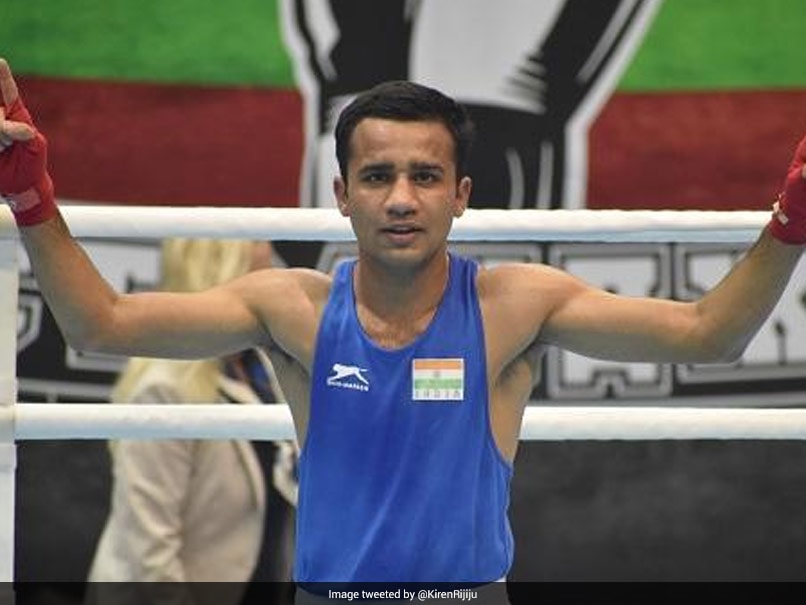 Boxer Deepak Kumar, Who Stunned World Champion Shakhobiddin Zoirov, Reveals How He Took Up The Sport


“Padhai likhai kar lo, boxing se kya milega (What will you gain from boxing)?” Deepak Kumar distinctly remembers this question that his parents and grandmother had posed back in 2008 when he decided that he belonged in the ring. 10 years down the line, he was ready with his answers — a national champion in 2018, a silver medallist in his maiden Asian Championship appearance in 2019 and last week, he stunned the reigning Olympic and world champion at one of the oldest and most prestigious events in Europe, the Strandja Memorial in Bulgaria, before securing a closely-fought silver.

“It was my chachaji (uncle) who felt I could be a boxer and don’t ask me why, because I don’t know. He wanted to be one but could not because there was nobody to guide him,” the 23-year-old told PTI in an interview after landing back in the country.

The youngster hails from Haryana’s Hisar — the ”City of Steel” as they call it for being India’s largest manufacturer of galvanised iron.

It also gave Indian boxing one of its most successful names in Vikas Krishan Yadav, a two-time Olympian, a world championship medallist and also an Asian Games champion.

Deepak is quite chuffed about the gradual strides he is taking towards “making it really big some day.”

“Chachaji (Ravinder Kumar) had a friend circle which was closely linked to boxing and he kind of prodded me into taking up the sport and I liked it. I am the first sportsperson in my family, such a proud feeling. And Chachaji is getting to live his dream through me,” he said.

A Naib Subedar in the Indian Army, Deepak recalled the time he brought up his interest in boxing with his home guard father and home maker mother.

“They wanted me to focus on education. They both said ‘what will you gain from this?’…My grand mother joined in too but then my uncle persisted and so did I. Eventually, they all came around,” he said.

“It’s not that I had a rough upbringing, I was taken care of but I always wanted to be self-reliant and help my parents.

“So, in my early years, I used to do the job of collection for a friend’s newspaper vending agency. No, I wasn’t a vendor myself, I just sometimes went and did the collection of payments.

“It was like earning some pocket money to take care of some of my dietary needs,” he recalled.

As for education, Deepak intends to pursue his graduation in arts, now that he has found his footing in the boxing arena.

The soft-spoken pugilist went to Strandja for the first time. The European season-opener is a big draw for the big names and he upstaged one of the biggest — world champion Shakhobiddin Zoirov of Uzbekistan — in the semifinal.

“It was huge and I can say this is is the biggest medal of my career, bigger than Asian Championship because there I was competing in 49kg, which wasn’t exactly my comfort zone. 52kg is where I belong,” he said.

“Strandja was an infinitely more enriching experience. I learnt how confident I could be even against the big guys,” he added, recalling the narrow final loss to two-time European silver-medallist Daniel Asenov.

He dominated two of the three rounds in that bout but didn’t find favour with the judges.

Speaking of his preferred weight category, how does he view the competition for a place with world number one Amit Panghal, the reigning Asian Games and Asian champion?

In fact, Panghal has already booked the category for Tokyo Olympics by qualifying last year.

“No, it doesn’t affect me. I will create my own space in times to come. Mujhe milega par der se milega (I will get my due but a little later), I know that and I am ready for the long haul,” he asserted.

For now, the youngster is trying to shake off an irritating bout of cold before rejoining the national camp by the end of this week in Patiala.

“Nothing to worry here, I have been tested (for COVID-19) and it is negative,” he laughed.