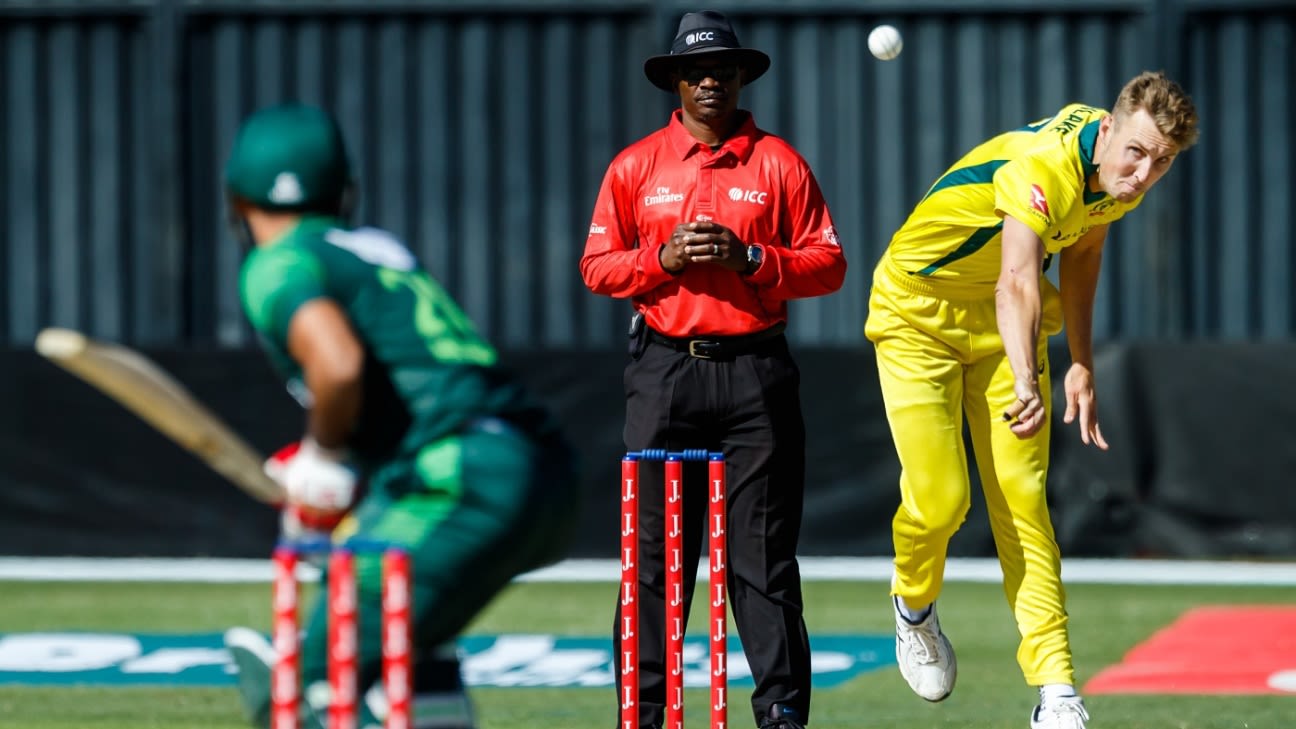 Derbyshire have signed Australia fast bowler Billy Stanlake as one of their overseas players for the 2021 summer. The 6ft 8in quick, who is capable of bowling at 150kph/93mph, will be available across all formats, subject to clearance.

Stanlake, 26, was first picked by Australia in 2017, having played only a handful of senior games. He has taken 27 wickets in 19 T20Is, as well as seven in as many ODI appearances, but has had regular injury problems and last featured in 2019.

A full season with Derbyshire will allow Stanlake to work on his red-ball game, having only played eight first-class matches since making his debut in 2015.

“I can’t wait to get started with Derbyshire and show the supporters what I’m all about, it’s a really exciting time for me,” Stanlake said. “I’m keen to develop my red-ball game, and this move gives me the opportunity to hopefully help Derbyshire to build on their form across the competitions. The club are ambitious, they want to win trophies and hopefully I can be a part of that success.”

Derbyshire had agreed a T20 deal with Stanlake for the 2019 season, only for it to be scuppered by injury. He was also pulled out of a T20 stint at Yorkshire the previous summer, after Cricket Australia chose to manage his workload.

He will line up in white-ball cricket at Derbyshire alongside fellow Australia international Ben McDermott.

Derbyshire’s head of Cricket, Dave Houghton, said: “Billy is a player we’ve been watching for some time, there’s not too many players of his quality available for all formats, so it’s really pleasing to get him in. He’s tall and he bowls at a high pace with a good level of bounce and variation.

“He’s someone who has made his name with the white ball, but he’s determined to show what he can do in first-class cricket as well. That hunger will be huge for us, and he’s a great addition bowling attack.”