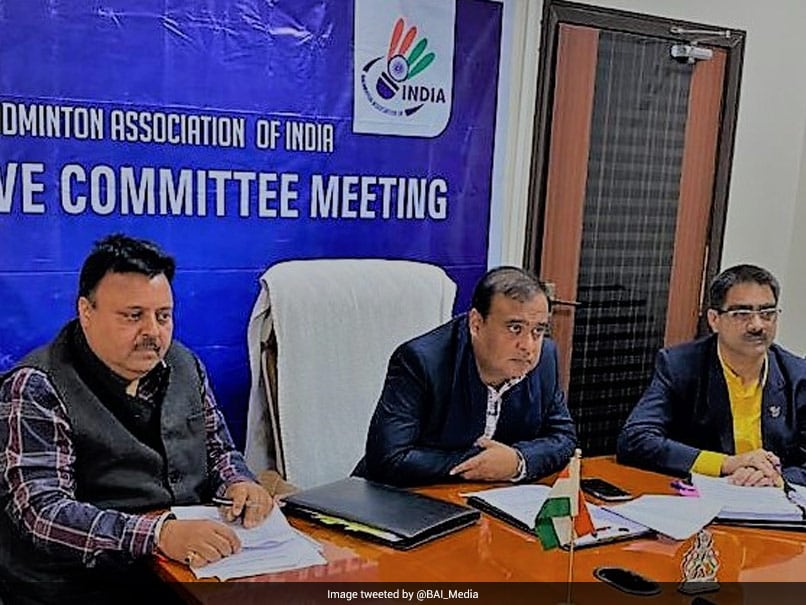 
The Badminton Association of India (BAI) on Saturday announced that the much-awaited domestic badminton action is set to begin from April this year. BAI has decided to resume the senior ranking tournaments with the revamped structure. The decision was taken during BAI’s Executive Committee meeting on Saturday. Owing to the COVID-19 pandemic, the state unit members were connected virtually from all parts of India. Having lost almost a year due to the pandemic, BAI, after discussing with the state units, has decided to initiate the domestic circuit with two senior ranking tournaments starting in April to announce the resumption of the sport in the country.

“It’s has been a tough time for our players as well as all the stakeholders associated with the game who had to sit out for such a long time. However, the arrival of the vaccine has brought new hope and confidence, and after deliberating and evaluating the tournament execution plans and the safety protocols, I can say, we are confident of the resumption,” BAI President Himanta Biswa Sarma said in an official release.

The revamped domestic structure promises to provide opportunities to budding shuttlers to showcase their talents. The senior ranking tournament will now be classified into three levels, wherein level 3 will have 6 series tournaments in the year, while level 2 will have 4 Super Series tournaments.

“While our focus was on the resumption of the sport, we ensured players’ safety remained as our top-most priority. Though the situation is getting better gradually in the country, we will not compromise on players’ health while conducting these tournaments. The new tournament structure and revised prize money will not only encourage and bring positivity in the ecosystem, but we also hope this structure will ensure more exposure to potential and new talents in the country,” BAI General Secretary Ajay Singhania said.

Both the tournaments, which will initiate the restart of badminton in the country, will be part of the level 3 tournaments and will be played with a draw of 64 in singles and 32 in doubles, with hosts receiving 2 quotas in singles and 1 in doubles. There will be no restrictions in the number of qualification participation, though 32 entries from singles and 16 from doubles will progress through the qualifiers.

The meeting also saw discussions about the upcoming India Open, scheduled in May, which is one of the prestigious tournaments in the badminton calendar and will also be the final qualifying tournament for the Tokyo Olympics. To make the event a memorable one for players as well as spectators, BAI has been setting up a dazzling atmosphere at the revamped Indira Gandhi Stadium.

Alongside the resumption of tournaments, BAI has also decided to recommence all the national camps, for senior and juniors shuttlers from April. The junior shuttlers, who are potential prospects for the 2024 and 2028 Olympic Games, and are part of the Junior Tops Scheme, will be included as part of this camp. These junior shuttlers will be training in the five BAI-SAI junior academies in Guwahati, Panchkula, Gopichand-SAI badminton Academy, PPBA-Bangalore, and Babu Banarsi Das Badminton Academy in Lucknow. The juniors’ training will be initiated in a phased manner.

PokerNews Week in Review: The End of Daniel vs Doug? | Videos