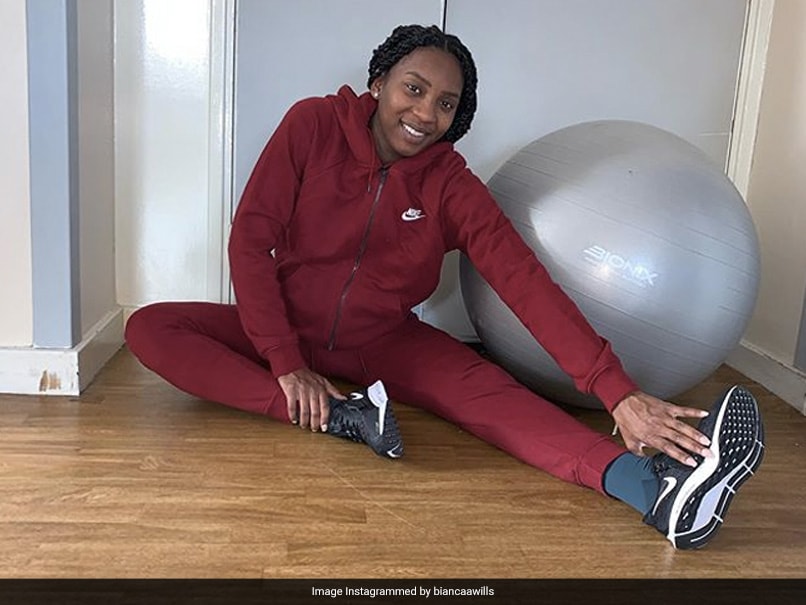 
British sprinter Bianca Williams said on Monday she was considering legal action against the police after accusing officers of racially profiling her and her partner in a stop-and-search operation in London. The European and Commonwealth 100m relay gold medallist also rejected the force’s account their car had been driving on the wrong side of the road on Saturday. “They (the officers) said there’s a lot of youth violence and stabbings in the area and that the car looked very suspicious,” she told BBC radio.

“They see a black male driving a nice car, an all-black car, and they assume that he was involved in some sort of gang, drug, violence problem.

“That is false. We were never on the wrong side of the road. We were driving down through single-width roads.”

Williams, 26, said her partner, Portuguese sprinter Ricardo dos Santos, had been stopped by police about 10 times, pinning the blame on racism.

“We are planning on taking it down the legal route,” she said. “I feel very hurt by their actions… It’s an awful experience.”

Footage of the incident was shared widely on Twitter after being posted by their coach, Britain’s former Olympic champion Linford Christie.

The video was captioned: “Racist police aren’t just in America”.

The Metropolitan Police said staff had reviewed footage from social media and officers’ bodycams and were satisfied there was no concern around the conduct of the police officers.

The force said in a statement a car was stopped on Saturday afternoon after it was seen driving suspiciously, and a 25-year-old man and 26-year-old woman had been searched.

“I understand the concern when incidents like this happen and how they can appear when part of it is filmed without context,” said Met commander for central west London Helen Harper.

“Due to the concern raised, we conducted a review of the stop. This included social media footage and body-worn camera footage of the officers at the scene.

“We are satisfied that there are no misconduct issues.”